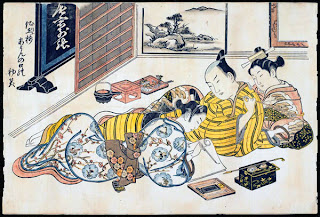 today, in celebration of this blog's first birthday, i want to showcase some things that have special meaning to me. first up is a short excerpt from a book that had a major influence on my life. though it was written over 300 years ago, a new directions paperback was done a little more recently. it is heavily footnoted and, to my eyes, the translation is seamless. what emerges is a book woven of whole cloth, of, perhaps, yellow silk.

(this first image was done in 1739. as woodblock prints did not reach their real popularity until the 1600s, when, as with the audience for this book, the middle-class consumer was 'born,' there are far fewer to choose from.) 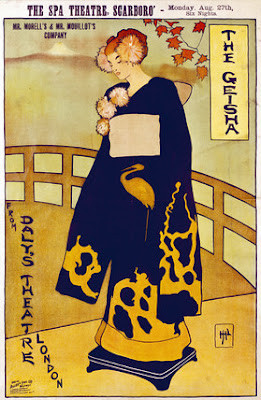 I did not begin life in my present humble state. My mother, it is true, was not of noble lineage, but my father was the scion of a gentleman who once enjoyed high rank in the court of the cloistered Emperor Hanazono the Second. As is the way in this changing world of ours, my father fell into decline—to such a point that life no longer seemed worth the living. By good fortune I was well favoured in my looks and was able to take service at court in attendance on a most excellent lady. In due course I became accustomed to the elegance of palace life, and had things continued as they were, I doubt not but that I should after some years have risen in the world. But from the beginning of my tenth summer I fell prey to wanton feelings. No longer was I content to leave the styling of my hair to others; instead I was guided by my own fastidious taste. Having carefully examined the various fashions, I adopted a Shimada coiffure, without a chignon and so shaped that it fell down at the back; this I secured with a hidden paper cord after the fashion of the time. During this period I devoted myself assiduously to the practice of Court Dyeing and I may say that this art owes its later popularity to my efforts at that time. Now life for those at court, whether they be reading poems or engaged in a game of kemari, is ever flavoured with the spice of love. 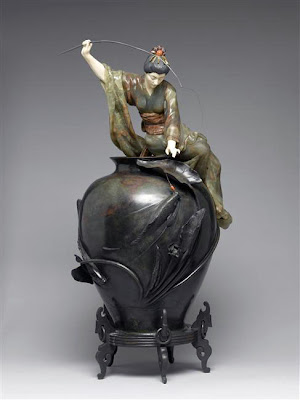 Day and night my eyes were intoxicated with the vision of that one thing alone and my ears palpitated with the sound of it. It is but natural that all this should have called forth my own amorous inclinations and indeed that I should have come to regard love as the most important thing in life. It was about this time that I began to receive tender missives from every quarter, all suing ardently for my affection—and all equally disconsolate.

In the end I was hard put to find place to store them. Addressing myself, then, to a soldier of the Guards—a man of few words—I had him make these letters into ephemeral wisps of smoke; strange to relate, those parts in which the writers had affirmed their love by invoking the names of the myriad Gods did not burn, but were carried away by the wind and blown to the Yoshida Shrine. 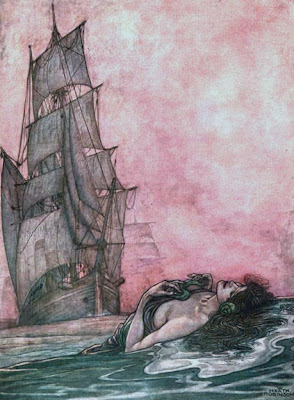 There is naught in this world so strange as love. The several men who had set their affections on me were both fashionable and handsome; yet none of them aroused any tender feelings in me. Now there was a humble warrior in the service of a certain courtier. The fellow was low in rank and of a type that most women would regard askance. Yet from the first letter that he wrote me his sentences were charged with a passion powerful enough to slay one. In note after note he set forth his ardent feelings, until, without realizing it, I myself began to be troubled in my heart. It was hard for us to meet, but with some cunning I managed to arrange a tryst and thus it was that I gave my body to him.

Our amour was bound to become the gossip of the court and one dawn it “emerged into the light.” In punishment I was banished to , the neighbourhood of Uji Bridge. My lover, most grievous to relate, was put to death. For some days thereafter, as I lay tossing on my bed, half asleep, half awake, his silent form would appear terrifyingly before me. In my agony I thought that I must needs take my own life; yet, after some days had passed, I completely forgot about him. From this one may truly judge that nothing in this world is as base and fickle as a woman's heart. 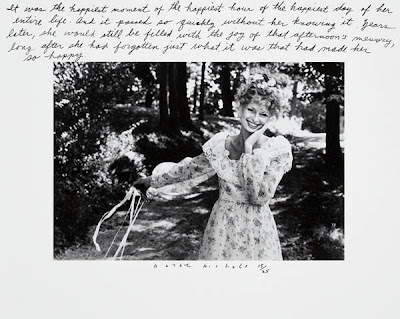 Because I was only twelve years old at the time, people were disposed to pass over my fault; indeed they could hardly believe such an intrigue possible for one of my tender years. I myself could not help being amused at their feelings. To be sure, young girls have changed greatly. In former times, when a girl was about to set off for her marriage, she would weep bitterly at the thought of leaving her parents' roof. But our present-day young lady is cleverer by far. She frets and chafes until the go-between appears at the door, quickly slips into her finest clothes, waits impatiently for the arrival of the palanquin and when it comes jumps into it hurry-scurry. Her joy shows on her face up to the very tip of her nose. How different things used to be! Until some forty years ago a girl would play on her bamboo hobbyhorse by the gate of her house until she was seventeen or eighteen, while a boy would wait until he was twenty-four to celebrate the coming-of-age ceremony.

But I myself embarked on the way of love when I was yet a mere flower bud, and, having first muddied myself in the Rapids of the Yellow Rose, found ruin in dissipation, until in the end I came to purify myself by dwelling here. 1

(the second image, above, was an image in a calendar i bought long ago. when i converted my house into a duplex it got packed away and is nearly inaccessible. it has taken me all this time to find it on the internet. it took years to find the third one too, an amazing vase i saw at the orsay in 1989 and have longed to see again ever since. i have found it in no catalogue, or website, until now since france has put its art collections online. the fourth one is from a book i bought in london in 1969. i have to say, i do not know how i knew this kind of art was so important to me. certainly people were not discussing w heath robinson at that time. my reaction to these illustrations, and to other things, as i've discussed here earlier, really do almost make you believe in past lives. the last one hasn't anything to do with japonisme unless you count the tradition of including copy with image. it's included here because it too took me years to find again, having seen it in a museum exhibition in 1981, and it too influenced me strongly, in many ways. enjoy.)

Happy birthday, Japonisme, and thanks for the personal glimpse this time. You've had a splendid first year, and I enjoy your postings very much.

It's nice to know that these images stick with you and mean so much to you. As for the story about the first love being put to death-- it's probably better not to ask why that resonates with you so much...

thank you david. glad to see you remain incorrigible. ;^)

Belated Happy Blogday from me too....
I look forward to all the treasures you will unleash on us in the coming year.

thank you so much michael