japonisme: notes from the internets

notes from the internets

You can't prevent poets and writers from comparing women to flowers in the same way that you can never tell designers to stop bombarding runways with floral maxi dresses when it is time to showcase their spring/summer collections -- considering the name of the season itself implies as such. 1

There is an awful lot of debate still ongoing about the running of the F1 in Bahrain. The pretty odious Bernie Eccelstone , whos hobbies include comparing women to domestic appliances and praising hitler has said that the raging battles for democracy in the state are nothing to do with him. 2

I JUST WANT TO SMACK THEM IN THE FACE!!!I AM NOT LIKE A FRIDGE OR A VACUUM CLEANER, OR A VENDING MACHINE. I AM A FUCKING HUMAN BEING WHO DESERVES MORE THAN YOU WRITING A WITTY CRITICISM OF HOW YOU WANT ‘YO WOMAN’ TO ACT. ESPECIALLY WHEN ONE OF THEM IS A FAMILY MEMBER.

I SOMETIMES WANT TO SCREAM 3 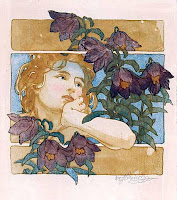 Here's a Georgia Repub, comparing women to pigs, cows, and sheep: "State Rep. Terry England was speaking in favor of HB 954, which makes it illegal to obtain an abortion after 20 weeks even if the woman is known to be carrying a stillborn fetus or the baby is otherwise not expected to live to term. 4

Preibus wasn't comparing women to caterpillars. He was pointing out how rediculous it is to point to poll numbers (rather than actions) as proof this 'war' exists. 5 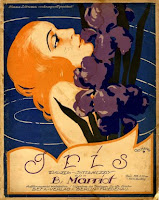 The authors believe in wild oats and are full of advice for sowing them: comparing women to wines, for instance, they suggest trying "the mellowness of experience" as well as the "exuberance of youth," and the pleasures of oral sex are not neglected. 6

You can't prevent poets and writers from comparing women to flowers....

(this all written, still, heart in my throat)

posted by lotusgreen at 6:55 PM