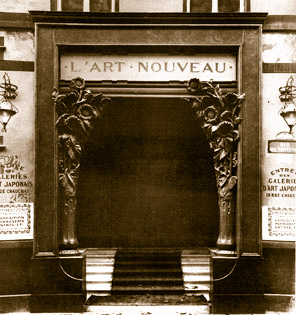 in 1895 a little man from germany opened a shop in paris. he called it l'art nouveau. the new art. 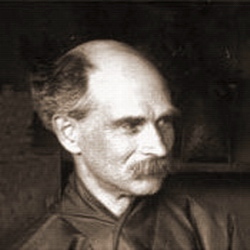 the man's name was bing. s. bing. he has two first names upon which no one seems to be able to agree:

sigfried, or samuel. being more an entrepreneur than an artist (his family was in the porcelain business), he turned astonishing instincts into a wealth of beauty. he wore a kimono when he was in his shop, selling arts (slightly japonized?), many of which he'd commissioned, from europe and the united states. 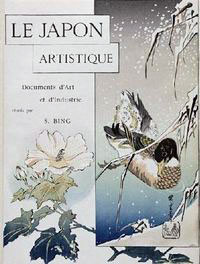 in order to encourage the interest and sales in japanese arts and crafts, which he also imported and sold, bing started a magazine, le japon artistique, which lasted three years. in it he educated, featured, and fascinated his worldwide readership (it was printed in three languages) with color reproductions and early photography of the objects he was importing and wishing to sell.

across the globe, another entrepreneur, not an artist, was soon to coin his own phrase: shin hanga. new prints. watanabe shozaburo was every bit the showman as was s bing. and his instincts were his guides as well. european educators who had been invited into japan, the meiji government's rush into all things new, put a halt on the japanese interest in the very prints, the ukiyo-e, that had been so fascinating the west. and even that market was dwindling.

watanabe collected his own group of artists, and inspired them to do the "slightly westernized" prints that he knew would interest a worldwide market. among them were hiroshi yoshida (though he was to break ranks), ohara koson, hasui kawase, ito shinsui, and many more.

one wonders where we might be without the salesmen, the showmen, and the entrepreneurs. perhaps far less rich, in the best meanings of that word, than i had ever imagined before.

(more on these subjects to come, of course)