i was talking to someone about this blog yesterday. she was quite knowledgeable about asian art, and about photography as well. when i mentioned the influence of japanese prints on stieglitz's photos, she asked, sceptically, did 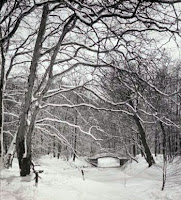 well who wasn't sceptical when they first started learning about japonisme? i know i was. but i did some research anyway, and here is what i found. no, i could not find one quote by steiglitz about

japanese prints.
but, he did have an enormous collection of them. and his wife talked about her work being strongly influenced by them. and the man who first gave him a

camera, post, admitted to being strongly influenced by them. and, lastly, all of the protegés who stieglitz featured in his groundbreaking magazine camera work, or in his equally groundbreaking gallery, credit japanese art for having had strong influences on their own.

so in the end, at least at this point, one can only infer. but stronger than any found quote is the ability to believe one's own eyes.

here are some of the things that my eyes see, that weren't found in western art before the mid-1800s when the contact with japan was reestablished: i see (starting at the top) the center of the image not being the essential focus.

i see diagonal paths leading the eye to far-off distances. i see entire pieces where the frame is split almost perfectly diagonally, with one-half being nearly empty. and again, i see the diagonals.

to study hiroshige, for example, is to study diagonal construction. to study stieglitz is the same thing. 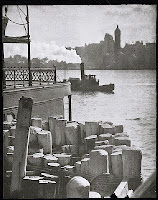 other things i see are the large foreground elements, often diagonal themselves. among other things, these serve as frames. 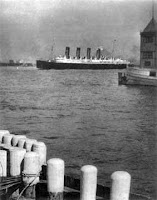 they may keep things in a perspective through which the artist wishes to communicate something.

it is one of the ele- ments that was strongly picked up in the graphic arts of the period as well. 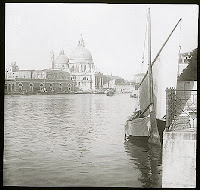 some- times the fore- ground ele-


ment can act as a contrast to shapes in the background, straight lines to rolling hillocks, to domes. 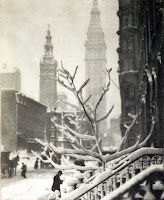 sometimes it is tone playing upon tone, shape upon shape. note how the background trees in sadanobu's image serve much the same purpose as do the background buildings in stieglitz's; even the shapes have resonance. 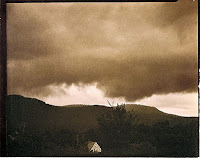 and some- times it is mere- ly the love of beauty, and the abandonment of the need to make the image seem 'flawless,' while at the same time revealing its perfection.

in the end, we must admit that not all artists who were strenuously influenced by the 'new ways of seeing' (which occurred as a result of the fresh vision from a culture that had developed for over 200 years with no outside influence), admitted it. who knows if they were even aware. some were, obviously, but when perception shifts, it's all too easy to assume it's an internal shift rather than an external one.

but an outsider with a century's perspective can see it plain as day, and can see the process still, to this day, unfolding.

posted by lotusgreen at 2:02 PM

western art would have looked much diffrent without japonism.

These informations are indeed very surprised me! it should be carefully collected and compared, i can imagine how you love and focus on this work, i will read these again and again.

Thank you very much for sharing these.

i am thrilled that you guys liked this, and appreciate enormously that you said so.

hey, you know what just occurred to me: you're all three artists in your own right(s). i wonder if that mean anything.

see, i guess i keep thinking that this stuff is obvious, but after this response i'll try to delineate stuff every now and then.

thank you again for it

Don't forget Coburn - The japonism influence on his photographs is well documented.

i've talked about coburn a couple of times already, and you may have noticed i had put a link to that same site already in my post today!

Also interesting about the Japanese artists that influenced the modern movements in Western art, is the fact that many of them had picked up influences from the West in the late Edo period, even when Japan was still isolated (mainly Hokusai, but also Hiroshige, if I'm not mistaken). For example, the Western use of shadows and mathematical perspective was experimented with. There is a long tradition of adopting and adapting in both the East and the West...

Another thing that might be interesting to explore is how various "new" nations in Europe used Japanese art as a reference while creating a "national" style during the late 1800's, early 1900's. Finland (Akseli Gallen-Kallela, Albert Edelfelt) is an obvious example, Alphonse Mucha's Czech patriotic art is maybe less obvious. It's ironic that art created to promote a supposedly unique national identity was on the whole a very international trend with international reference points!

Thanks for making me aware of your blog on Flickr! I'll be sure to check back often!

thanks, ainur, for your fascinating comments, and nice to see you over here!

we have spoken a bit about some of these things (if i may refer you here). i find cross-cultural exchanges so interesting.

your second point is great. i never thought of it that way!