japonisme: the zen of montmartre

the zen of montmartre

one thing that really appeals to me in this era's work is what i think of as a 'loose hand.' as i've said here before, i think the influences, japanese to the west, were many and varied, subtle and not. and it's impossible to say what was imitation, what inspiration, what conscious, what not. but to my eyes, we in the west were learning 'imperfection,' or rather perhaps the perfection that comes from a lack of conscious control. we in a culture in which all language was written in straight lines were experiencing one where it was not.

i want to excerpt a bit of an interesting article i found that looks at this in terms of martial arts:

A spontaneous creative gesture that has much in common with abstract expressionism, Shodo [Japanese calligraphy] is more than mere writing, and its skilled practitioners believe that the "visible rhythm" created by the brush is a "picture of the mind" which reveals the calligrapher's physical and mental condition.

Martial arts author Michel Random writes, "It is said that internal serenity drives the brush. The brush in effect interprets the deepest part of the subconscious. The 'wisdom of the eye' is what relates the characters to each other as though assembling the movable and the immutable, the ego to the 10,000 things in the universe, the present to the timeless...

"For is not the ability to make the stroke flow naturally, to let the brush move freely across a thin piece of paper, also a superior struggle of the most testing kind? The spontaneous stroke of the brush is reminiscent of the quick free thrust of the sword or the freedom of the arrow fired effortlessly. Wherever there is distress, worry or uneasiness, there can be no perfect freedom or swiftness of action."

In Japanese painting and calligraphy, a strongly concentrated mind must control the brush, and a relaxed body must allow the brush to act as an exact reflection of the mind's movement. 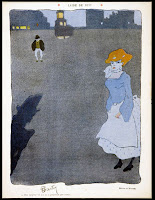 Just as Judo begins by gripping the opponent, and Iaido begins by gripping the sword, so too does Shodo start with the student's hold on the brush. Unless the proper method of holding is mastered, no real progress is possible. Some teachers in the past tried to suddenly pull the brush from the student's hand as a means of testing the grip. An ink-covered hand would reveal an improperly held brush. However, squeezing tightly is not the answer, because this does not produce flowing, dynamic characters. Limply gripping, on the other hand, results only in a loss of brush control. It was, and is, therefore essential to learn to hold the fude in a way that is neither tense nor limp, with a kind of "alive" grip in which one's Ki is projected from downward-pointing fingers through the brush, out of the tip, and into the paper. This same supple, yet firm grip, is vital in most forms of Budo, and it has been characterized as "Ki de toru," that is, holding with Ki.

Shodo has a "visible rhythm"; in other words, the kanji sit in repose on the paper, but they must look and feel as if they are moving. (This is the state of dochu no sei, or "stillness in motion," that is often alluded to in esoteric densho, or manuals containing a school's most profound teachings. Its converse is "motion in stillness." It is the unity of these two conditions that results in skilled Shodo and Budo.) To create this dynamic, yet balanced feeling, the brush must flow in a free and easy manner.

Both Budo and Shodo have been characterized as forms of "moving meditation." Michel Random eloquently describes this unique method of meditation with the brush: "The sign is repeated until total spontaneity is achieved, completely free from thought . . . spontaneity and not automatism of movement which is contrary to the object of the exercise. In calligraphy (as in the martial arts), the space between the lines is what matters. It is this space which gives the signs their beauty. In Zen painting, we find the same need for pressure and spontaneity.

"Here, we see the result of the movement of the brush and ink on the paper. The brush is dipped in encre de chine. The special quality paper is very fine and absorbent. The brush hardly needs to touch the paper to make a large blob. Therefore, the hand must skim or fly across the paper without stopping. Thought is free."

posted by lotusgreen at 6:12 PM

I stopped for a flash and saw all of these wonderful posts which I will come back to read slowly and savor. Life has conspired to keep me offline lately. Computer problems plus this lingering bronchitis. Soon Spring will be here and we will all grow glowing, and healthy with warm sun and long days.

your princess haiku who thinks of you even when away.

thank you my princess. i've had this cough thing too--it lasts too long! and my cousin's husband (actually my cousin's ex-wife's new husband) has it too and he's in boston so i guess it's all over the country... the world?

nice to see you

i really love these artworks!yes,thought is free.

thank you harlequinpan. when you say it it takes on many meanings.