japonisme: from the hut of the phantom dwelling

from the hut of the phantom dwelling


An eminent monk of Mount Kora in Tsukushi, the son of a certain Kai of the Kamo Shrine, recently journeyed to Kyoto, and I got someone to ask him if he would write a plaque for me. He readily agreed, dipped his brush, and wrote the three characters Gen-ju-an. He sent me the plaque, and I keep it as a memorial of my grass hut.

Mountain home, traveler's rest -- call it what you will, it's hardly the kind of place where you need any great store of belongings. A cypress bark hat from Kiso, a sedge rain cape from Koshi-that's all that hang on the post above my pillow.
In the daytime, I'm once in a while diverted by people who stop to visit. The old man who takes care of the shrine or the men from the village come and tell me about the wild boar who's been eating the rice plants, the rabbits that are getting at the bean patches, tales of farm matters that are all quite new to me. 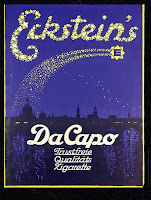 And when the sun has begun to sink behind the rim of the hills, I sit quietly in the evening waiting for the moon so I may have my shadow for company, or light a lamp and discuss right and wrong with my silhouette.

But when all has been said, I'm not really the kind who is so completely enamored of solitude that he must hide every trace of himself away in the mountains and wilds. It's just that, troubled by frequent illness and weary of dealing with people, I've come to dislike society.

Again and again I think of the mistakes I've made in my clumsiness over the course of the years. There was a time when I envied those who had government offices or impressive domains, and on another occasion I considered entering the precincts of the Buddha and the teaching rooms of the patriarchs.

Instead, I've worn out my body in journeys that are as aimless as the winds and clouds, and expended my feelings on flowers and birds. But somehow I've been able to make a living this way, and so in the end, unskilled and talentless as I am, I give myself wholly to this one concern, poetry.

Bo Juyi worked so hard at it that he almost ruined his five vital organs, and Du Fu grew lean and emaciated because of it. As far as intelligence or the quality of our writings go, I can never compare to such men. And yet we all in the end live, do we not, in a phantom dwelling? But enough of that -- I'm off to bed.
Bashô 1

posted by lotusgreen at 9:56 PM

oh lotus again speaking directly to my heart... the phantom dwelling...
and I absolutely loved the music!

it's so nice to share this heart-link, isn't it, roxy. did you know that song before? did you know cat stevens?

i just happened upon that reading, and feel in such a similar stage in my life. it also reminded me of that quote from hokusai.