japonisme: Out of the cradle endlessly rocking,

Out of the cradle endlessly rocking, 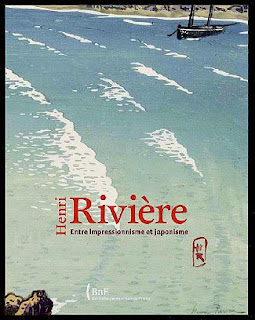 The poem would address an unseen listener, an unseen audience. It does so through the rhetoric of address since the message in the bottle seems to be speaking to the poet alone, or to a muse, a friend, a lover, an abstraction, an object in nature. . . . It seems to be speaking to God or to no one. Rhetoric comes into play here, the radi- cal of presentation, the rhythm of words crea- ting a deep sensation in the reader. Rhythm would lift the poem off the page, it would bewitch the sounds of language, hypnotize the words into memorable phrases. Rhythm creates a pattern of yearning and expectation, of recurrence and difference. It is related to the pulse, the heartbeat, the way we breathe. It takes us into ourselves; it takes us out of ourselves. It differentiates us; it unites us to the cosmos.

Rhythm is a form cut into time, as Ezra Pound said in ABC of Reading. It is the combination in English of stressed and unstressed syllables that creates a feeling of fixity and flux, of surprise and inevitability. Rhythm is all about recurrence and change. It is poetry’s way of charging the depths, hitting the fathomless. It is oceanic. I would say with Robert Graves that there is a rhythm of emotions that conditions the musical rhythms, that mental bracing and relaxing which comes to us through our sensuous impressions. It is the emotion — the very rhythm of the emotion — that determines the texture of the sounds.

I like to feel the sea drift, the liturgical cadence of the first stanza of Whitman’s “Out of the Cradle Endlessly Rocking.” It is one sentence and twenty-two lines long. It always carries me away.

Out of the cradle endlessly rocking,
Out of the mocking-bird’s throat, the musical shuttle,
Out of the Ninth-month midnight,
Over the sterile sands the fields beyond, where the child leaving his bed wander’d alone, bareheaded, barefoot, 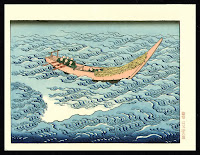 Down from the shower’d halo,
Up from the mystic play of shadows twining and twisting
as if they were alive,
Out from the patches of
briers and blackberries,
From the memories of the bird that chanted to me,

From your memories sad brother, from the fitful risings and fallings I heard,
From under that yellow half-moon late-risen and swollen as if with tears,


From those beginning notes of yearning and love
there in the mist,
From the thousand responses of my heart never to cease,
From the myriad thence-arous’d words,

From the word stronger and
more delicious than any,
From such as now
they start the scene revisiting,
As a flock, twittering, rising,
or overhead passing,
Borne hither, ere all eludes me, hurriedly,
A man, yet by these tears
a little boy again,
Throwing myself on the sand,
confronting the waves,

I, chanter of pains and joys,
uniter of here and hereafter,
Taking all hints to use them, but swiftly leaping beyond them,
A reminiscence sing.

The incantatory power of this is tremendous as the repetitions loosen the intellect for reverie. It seems to me that Whitman creates here the very rhythm of a singular reminiscence emerging out of the depths of mind, out of the sea waves and the rocking cradle, out of all the undifferentiated sensations of infancy, out of the myriad memories of childhood, out of all possible experiences the formative event of a boy leaving the safety of his bed and walking the seashore alone, moving “Out,” “Over,” “Down,” “Up,” “From,” exchanging the safety of the indoors for the peril of the outdoors, facing his own vague yearnings and the misty void, mixing his own tears and the salt spray of the ocean, listening to the birds, understanding the language — the calling — of one bird. 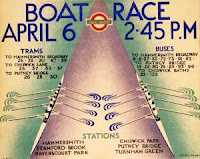 In this region: out of all potential words, these words alone; out of all potential memories, this memory alone. It is the emerging rhythm itself that creates the Proustian sensation of being in two places at once, “A man, yet by these tears a little boy again, / Throwing myself on the sand, confronting the waves.” 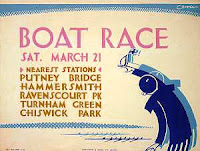 Whitman creates through the rhetorical rhythm of these lines the very urgency of fundamental memory triggered and issuing forth. He splits himself off and moves seamlessly between the third person and the first person. And as the bird chanted to him (“From the memories of the bird that chanted to me”) so he chants to us (“I, chanter of pains and joys”). This is a poem of poetic vocation.

It is telling that Whitman builds to the self-command, “A reminiscence sing.” He memorializes the memory in song. There is an element of lullaby in this poem, the lulling motion of the waves, the consoling sound of the sea. But this is a lullaby that wounds (as García Lorca said about Spanish lullabies), a lullaby of sadness that permeates the very universe itself, a lullaby that moves from chanting to singing. Paul Valary calls the passage from prose to verse, from speech to song, from walking to dancing, “a moment that is at once action and dream.” Whitman creates such a moment here. He would spin an enchantment beyond pain and joy, he would become the poetic shaman who authors that reminiscence for us, who magically summons up the experience in us. 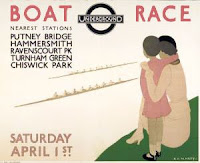 this glorious essay is from here.
the poster at the top is for this.
the image from which that poster was taken is on the other side, and really does not seem to exist outside of the bnf's copy. the bnf, who has also brought us this.

japan, a water-draped nation.
is it any wonder so much art is about fish? and so much rhythm.

posted by lotusgreen at 6:54 PM

Hello Lotusgreen.
What wonderful message and the choice of illustration is always useful!
I love ...:)

he spoke english! what a sweetheart. i'm so glad that you liked this, pignouf.

As always, marvelous. And odd, how Whitman can describe eloquently, & I get it & love the poem, but my experience of memory, usually, is less...frantic & alliterative (if that's even a word).

thank you so much, evan. you know what's neat about your response? it's also in rhythm.

Out of the ninth month midnignt brings me to the moment, awareness, sweetly, sadly feeling the care and the loss. I can feel the spray, the cold sand under my feet at night, the depth of the loss. Your art opens a resounding cord. Listen-it is solitary, the tide does not cease.

I adore your blog. I think I've gone back and viewed almost all the entries. Thank you for all your hard work.

and thank you so much for your kind words