japonisme: it was the best of times.... 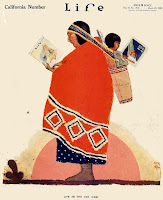 it certainly isn't news that new technologies make the world smaller; songs celebrate that like it's a good thing. what are the actual dynamics of a "smaller world"? we become aware of ways of being: thinking, dressing, eating, talking, believing, that we'd never imagined. and some are thrilled, and some are made afraid, leading to fear's eternal partner -- hatred.

i'm sure no generation since the beginning of generations has escaped this duality. thing is, somehow i figured that some day, like now, my lifetime, "we" would "wise up." we haven't. we have the greatest power humans have ever had to be a literal part of lives anywhere on the globe; why fear invasions from space? we've got your mosque burners right here. 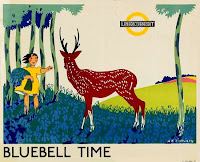 but let's dig even deeper, because, as you know, some of those unwanted mosques weren't mosques at all. this brings us to another feature of a smaller world, the tremendous ease of fear-mongering. when an "other" becomes apparent, someone will also appear who can gain something from demonizing them.

watching jon stewart equate truth-tellers and lie- tellers since they both raise their voices, then watching keith olbermann and rachel maddow try discussing/debating that with him. (though "can't i see you (and you me) as you (or me) and not as truth-teller or lie-teller, not as blue or red, but just as us?" is a valid question.)

then ted koppel piles on, lamenting a newstime past that never existed, even in his own newstime past. then olbermann responds, with great insight. and then the rest of the world piles on. and i have to tell you that i'm watching the truth being thrown out with the bathwater.

part of the facilitation of this roil are... (drumroll) ... the new technologies. and while i am saying that the new tech- nologies have allowed a fuller blossoming of propaganda than humans on earth have ever seen, [propaganda by definition being the convincing of the many by the few things that are not, when un-spun, true], they have opened my door too.

remember when pocket calculators cost more than iphone4s do now? one no longer needs to be of any certain class to get one. at our fingertips we have: all of history, much, from the most recent century or so, with actual tape, film, and video. there no longer has to be any debate as to who said what to who. koppel is wrong: until now there has been no uncorrupt news. but there is now.

what we have now, with msnbc, with progressive radio, and with "the record," is the ability for the unmoneyed to reach the entire planet with the truth. and with the proof to back it up. with twitter and youtube and blogs, we can keep up with each other in an instant.

who is telling the truth and who is lying is no longer up to the observer; when anyone says, 'i was never there,' within an instant the video proving the lie is up online.

if they're the same, it's like the teacher saying to the bully who was beating up the skinny kid (captured on iphone), "now i don't know who started it, but you both go to your desks and i don't want to hear from you again."


simple: that teacher is ignorant. even simpler: i am not.

posted by lotusgreen at 9:14 PM

Technologies aside..."don't piss down my back & tell me it's raining." Folks with half a brain know when they're being b*llsh*ted. sadly, it seems a huge chunk of the population seems quite content to turn the working half of their brain off & just coast on whatever opinion best suits their mindset, questioning nothing. I like the "Daily Show " & the "Cobert Repor(t)" if for no other reason for the skewering of the what's clearly absurd but being foisted as fact. It's hard, with all that available information flooding in, to know fact from propaganda. I really can't watch "pundits" anymore, because they're (mostly) purveyors of half-truths twisted to conform to an agenda- half a quote, quotes out of contexts...eh...sorry...in rant mode.

with rachel maddow first, and keith olbermann running a close second, i feel i'm getting truth. they contextualize and document everything they assert.

That's why I stopped watching most TV news and have cut back on how much news I even read about. I don't want to be ignorant of what's going on in the world - or at least, know as much about it as I can - but the louder and ever louder hysteria is not enlightening.

i feel like i must be delayed to have only just now realized some of this stuff.

Just recently discovered yr blog and enjoy it much! Thank you for this post. I am in agreement with you on so many points here, which has unfortunately led me to becoming an ostrich with its head in the sand. I've been without television for almost 10 years now, but admit to sneaking peaks of The Daily Show on the net...

apparently your reaction was not an uncommon one. for me, when i first learned about air america radio (i saw a billboard of al franken on the way to the farmers market), i got addicted pretty quickly. then when rachel maddow started doing guest spots on keith olbermann's show, i started watching msnbc too. i haven't been disappointed -- well, not in them, but those they report on -- frequently.

Another timely post , sadly the political dialog 'north' of you is getting fairly partisan these days too.

When did consensus between two sides become a form of weakness .

I see two yrs of Republicans/TeaBaggers saying 'NO' to everything proposed by the Dems regardless of the fact that they may have some in their ranks who may agree with some of the things Obama is trying to do.

Sad really . More concerned with gaining power at the expense of the people they supposedly serve.

I don't know(key statement?), I still think it's too easy, even when true facts are reported, to tweak the contextualisation in favor of one's own agenda. Thus I still mostly avoid "The News." What the comedians present of it is enough for me.

oh geez -- one tends to think of canada as far more sane.

this whole gimick of just saying no, unless you can lie if sad, you're right. not only are they saying no to things proposed by dems, but they are also saying no to their OWN PROPOSALS, word for word, if obama ends up endorsing them.

oops -- that last was to dominick. adecker -- perhaps the saddest thing that is dying is everyone's ability to believe.