japonisme: no definitive why 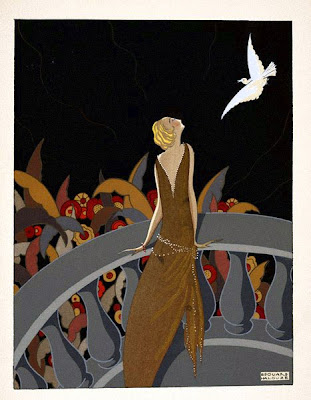 Adolescent white pelicans squawk, rustle, flap their wings,
lift off in a ragged spiral at imaginary danger.
What danger on this island in the middle
of Marble Lake? They’re off to feel
the lift of wind under their iridescent wings,
because they were born to fly,
because they have nothing else to do,
because wind and water are their elements,
their Bach, their Homer, Shakespeare,
and Spielberg. They wheel over the lake,
the little farms, the tourist village with their camera eyes.

In autumn something urges
them toward Texas marshes. They follow
their appetites and instincts, unlike the small beetles
creeping along geometric roads, going toward small boxes,
toward lives as narrow or as wide as the pond,
as glistening or as gray as the sky.
They do not know why. They fly, they fly. 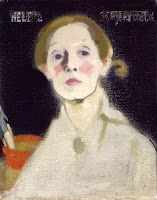 and so the question is why. everything, why? let us talk, then, of the seemingly knowable whys. why did i do that? why did he? why did she? why did they? perhaps even narrower than that; perhaps only i.

some answers are easy: i put on my gloves because my hands were cold. that's simple enough, isn't it? maybe this: i went to the store to buy milk because i had run out. (already for this i can think of a dozen other comments that would be necessary for you to fully understand my motivations, but i don't think they're important. yet who am i to judge?) 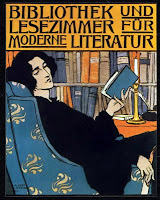 who am i to judge? that's the steam behind this train of thought. because as i thought about it i realized that the reasons for all motivation are unknowable. not by you, not by me, not by your mother who thinks she knows everything, not by that guy with all those books.

in psych 101 they teach about richard who, when he was in the school library, stretched his leg. it was cramped, what can i say? but martin, who was walking by, tripped on the out-stretched leg. both martin and marcy, who was watching, were sure richard had done it on purpose.

but what about the bigger things? alice marries lou. alice is sure it's because she's in love. lou isn't sure what love is but is delighted that now he will be able to fuck alice just about as frequently as he wants. both of their mothers think she married him for his money, and he married her for her looks.

her best friend credited it to his honesty and ability to hang shelves, and his best friend knew that he had finally found someone who actually thought he was smart. and her therapist knew that he was just like her father. or maybe pheromones.

when it came time to divorce, alice asked herself, why did i ever marry lou? she never even considered that possibly he smelled just like kindergarten. or that he looked like the salesman who sold her her lucky scarf. or chocolate.

i have spent my entire life, as, perhaps, have many of you, wondering why. this and that. and it suddenly just occurred to me that i would never find out. there would never be definitive answers; there was never a way to find an absolute, positive, unquestionable, undebatable why.

posted by lotusgreen at 5:57 PM

Hello L, nice thoughts. Answers kill life. Life doesn't need any explanation. Full of life children ask why this, why that, but they don't really care for the answer. "Why" is fine, "because" stinks(this is probably why religions stink). I don't know why all this, of course.d

I love the past. It's the only place my (inner) eyesight sees close to 20/20. Even then. How often do we know what we ARE thinking...then look back & wonder what we WERE thinking. Wasn't it Santayana who said those that ignore the past are condemned to relive it? I played it safe (for most of my life), & the results, ultimately, were dissatisfying. I took a risk. Same result. WTF? Maybe, ultimately it's not what I do, but who I am. Ask me later, my vision (with a little luck)might be clearer.

And as always- wonderful graphics.

how many times have we heard someone say of their ex, "i never really loved them"? but of course they did. madly. did santana say that? and clearly it's true. but to try to answer that question is to fly straight into my argument.

having grown up in this increasingly psychological age, i'm now watching how often i ask these kind of whys.

I'm at a place in my life where, in answer to why's or how's, I find myself thinking it could be this, or it could be that, or maybe it's the other thing...I firmly believe that as you make your list...it's all of the above, every time...the question is how you assemble the list...or not...but I do believe that anymore- it's never one thing.

do you still think it's figure-out-able?