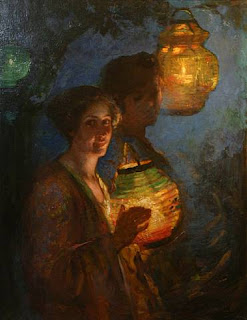 Ye shepherds tell me have you seen my Flora pass this way? a wreath around her head she wore, Carnation, Lily, Lily, Rose, and in her hand a crook she bore and sweets her breath compose. the beauteous wreath that decks her head forms her description true, hands lily white, lips crimson red, and cheeks of rosy hue.1 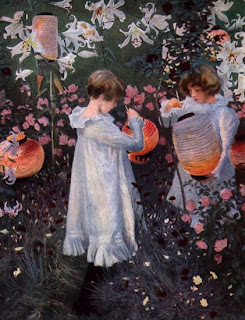 "The seasons went from August till the beginning of November "Sargent would dress the children in white sweaters which came down to their ankles, over which he pulled the dresses that appeared in the picture. He himself would be muffled up like an Artic explorer. At the same time the roses gradually faded and died, and Marshall and Snelgrive had to be requisitioned for artificial substitutes, which were fixed to the withered bushes . . . . In November, 1885, the unfinished picture was stored in the Millets' barn. When in 1886 the Barnard children returned to Broadway the sittings were resumed.
(Charteris , P75) 2 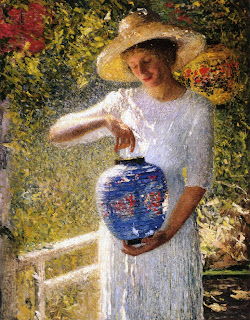 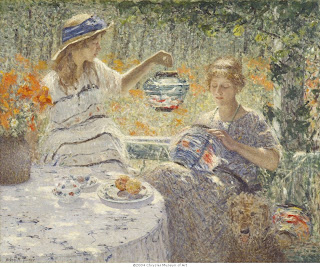 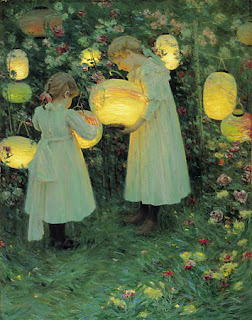 posted by lotusgreen at 9:01 PM

Alway been a big admirer of Sargent's work. His watercolors are quite lovely too.

oh, i'll have to check them out.

at the golden globes award ceremony recently one woman was wearing a dress very much like this one. when she commented that she was doing her sargent tribute for the night i thought it was very cool cause that's who i thought of when i saw her dress too!