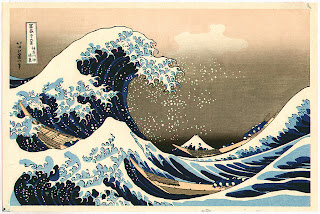 Van Gogh might have been inspired not only to contrast the vivid blue of the water and the yellow of the bridge, but also to identify the Japanese climate with the Midi de France, by the following passage on Monet that Théodore Duret published in his Critique d’Avant garde: 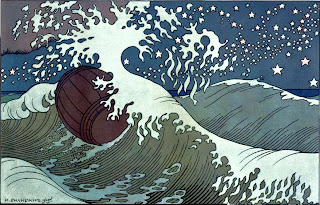 It was not until the Japanese albums came into our hands that painters could juxta-
pose on the canvas a roof of audacious red, a yellow road, and the blue of water. 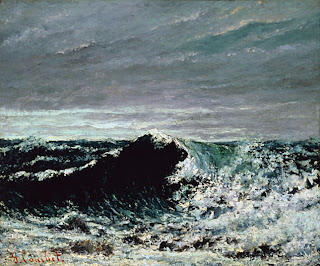 Before the model was provided by the Japan- ese, it was impossible... Every time I
contemplate the Japanese albums, I say to myself, yes, it was just in that way that
nature appeared to my eye, in a luminous and transparent atmosphere. . . without attenuation or gradation, [just as] in the Midi of the France, where every color appears glaring and intense in summer.1 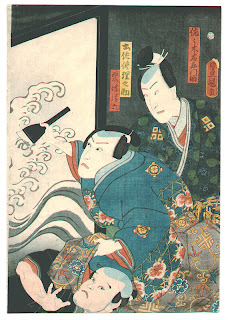 so i am left wondering: had the different styles developed from different technologies or different perceptions?, different philosophies, different values, or some reason i'll never understand?

posted by lotusgreen at 1:58 PM

I can't answer your question, but I'm always impressed by the strength Japanese represent elements of nature with.
It shows how much they both admire and fear it...

For all their commonalities they're so diverse.

thanks for your comments, nathako and dominic. i looked up what waves symbolized in japanese iconography and you pretty much have it, nathako.

strength with flexibility. how could there be a better symbol.