japonisme: the romance of the rails

the romance of the rails 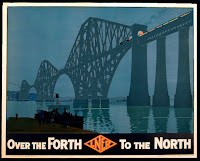 what is it about train whist- les? they create a sense of wistfulness in the human heart that may be difficult to explain. the romance of the rails. they're featured in country songs, and there're several different guys on youtube who want to teach you how to create it on your harmonica.

i've always thought that it had to do with the ways it resembles the human voice, with it's multi- harmonics and its ability to wail. maybe it's how we're programmed: to respond to babies. like the sounds of accordions and, yes, harmonicas, that sound goes straight into the human heart. or could it be a response that's been manufactured?

as we've discussed here before, railways were instrumental in creating destinations -- national parks, resorts, etc. the early train posters were about the trains, but soon after they became about those wondrous places you might go. "audiences were eager for images of the territory west of the Mississippi. Paintings and sketches of places like Yosemite and Yellowstone suggested that America possessed scenery more majestic than Europe's and that despite the chaos of the Civil War and its aftermath, America was still destined for greatness. The founding of the National Park idea in these two very different Wests was a process by which images of the West were inserted into the national imagination.

Yellowstone and Yosemite were dedicated with the idea that wilderness formed an integral part of the American identity, but they were also places sponsored and promoted by the railroads to court investors and maximize profits. From the earliest days of discovery to the crucial National Park Act of 1916, the process of park development was shaped by needs of the railroads -- from acquiring investors to selling mass-market tourism, they modified their advertising strategies to win the patronage of new passengers with the promise of fulfilling their expectations of the West in 'America's playgrounds.'" 1

it was the same in great britian. " it was holiday travel that the railway poster came to be associated with—a world of sunshine, sandy beaches and endless fun. Growing prosperity led to increased demand for travel.

However, some companies had not always been keen to cater for holiday traffic, but it gradually came to be seen as an important source of revenue. Before the First World War, the railway companies were fortunate in having few competitors for this traffic. The train was quite simply the best and often the only way to travel. 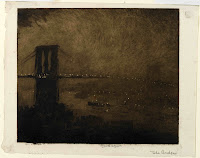 "The rapid growth of seaside resorts owed much to the expansion of the railway network. Sea bathing increased in popularity during the nineteenth century and railways were able to provide fast access from the towns and cities for many more people who had the luxury of leisure time and paid and public holidays. The railways opened up parts of the country which had been previously inaccessible. 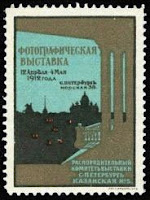 New resorts sprung up on Britain's coasts. However, the new visitors that the railways brought were not always welcomed with open arms. At Bridlington, in Yorkshire, day visitors were disliked by regular visitors and residents alike and the station was sited well away from the sea. Most of the larger resorts came to cater for all classes of visitor but others tried to retain a more select clientele. 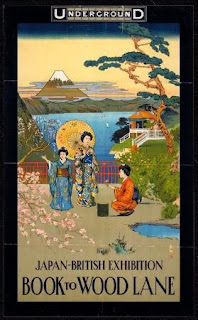 "In some cases, railways created resorts where little had existed before. In 1871, Skegness in Lincolnshire had a population of less than 500. A railway line was opened to the town 2 years later and a large station was built with the hope of attracting holiday traffic to the sandy beaches. The crowds came and the facilities grew. By 1907, Skegness was attracting 300,000 visitors a year, mostly from the industrial towns of the East Midlands and Yorkshire." 2

we'll never know; this is the greatest success of modern advertising creating a need since platinum hair. aww, who cares. we seem to like longing, and at least they all had the good sense to emulate the japanese, whenever possible.

posted by lotusgreen at 2:10 PM

lovely ..... and informative as well!! when i visited england for the first time last summer, my favorite memory is riding the train from Leeds to York ... what a gorgeous train station at York with those tremendous steel struts ... and the large fancy station clock ...

i grew up in the country, deep south ... at night we'd sit on the screen porch and listen to the whistle of the night train ... i'd hear it as i fell asleep ...

it seemed to me a lullaby and a longing wrapped up in one.

york is where the museum for the british rail posters is located. how lovely for you that you had a chance to visit!

That was fascinating. It's kind of mind blowing that so many of our cultural destinations were created by marketing and the drive for profit. Maybe all of them. And that the landscape itself is constantly being changed in the persuit of wealth.

thanks liza. yeah--and one has to add to that that a great deal of the images i post on this blog are driven by the same idea: advertising posters, japanese prints and sometimes crafts skewed for the western market, western crafts skewed towards what would sell as well.

Sometimes it's hard to remember that not so long ago, there was nothing remotely personal or human about trains; they were the ultimate in harsh, alien technology, spooking horses,irritating people and cutting a mechanical swath through nature.

It didn't take more than a few generations of experience with trains for us to humanize them with songs (from Hank Williams to Arlo Guthrie) and myths and emotional associations. Now train whistles evoke that forlorn feeling of parted lovers, and people are rocked to sleep by the reassuring clickety clack of the rails. Once again organic life enfolds the inorganic in its embrace and comes to own it.

boy, this post is really bringing out the poet in you guys. beautiful comment, david. thank you.

and your additions really help in the understanding of this subject.

Design and composition in it's purist form.