japonisme: be of good cheer

be of good cheer 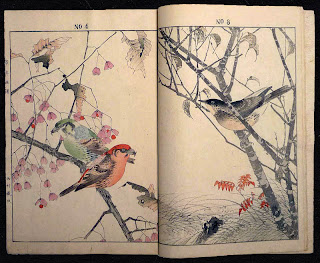 Like the waxwings in the juniper,
a dozen at a time, divid- ed, paired,
passing the berries back and forth, and by night- fall, wobb- ling, piping, wounded with joy.

Or a party of redwings grazing what
falls—blossom and seed,
nutmeat and fruit—
made light in the head and
cut by the light,
swept from the ground,
carried downwind, taken.... 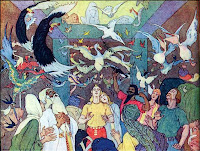 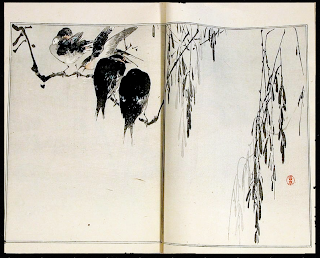 the liquid notes too liquid, the heart in
the mouth melodious, too close, which starts
the chanting, the crooning, the long lyric
silences, the song of our undoing. 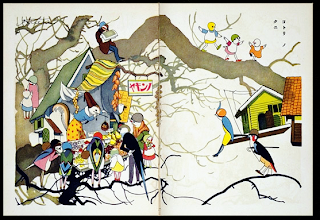 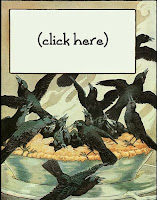 still standing, ready to fly straight out of
itself—or its bill-tilt, wing-flash, topple-
over; wing-droop, bowing, tail-flick and drift; back-ruffle, wingspread,
quiver and soar.
Someone is troubled,
someone is trying,
in earnest, to explain;
to speak without
swallowing the tongue; to find the perfect
word among so few or the too many— 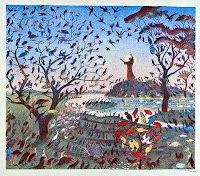 to sing like the thrush from
the deepest part
of the understory, territorial,
carnal, thorn-at-the-throat,
or flutelike
in order to make
one sobering sound. 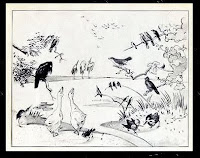 Sound of the breath
blown over the bottle,
sound of the reveler
home at dawn, light of
the sun a warbler yellow,
the sun in song-flight, lopsided-pose.
Be of good-cheer, 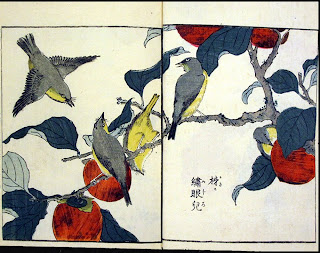 my father says, lifting his glass to greet a morning in which he's awake to be with the birds: or up all night in the sleep of the world, alive again, singing. 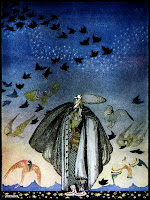 Stanley Plumly, "Cheer" from Now That My Father Lies Down Beside Me: New and Selected Poems. Copyright © 2000 by Stanley Plumly. 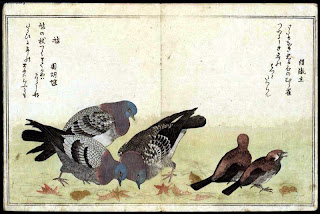 posted by lotusgreen at 8:03 AM

love all the birds- 'specially Keinen & Utamuro...check out the art of Tom Uttech, he has some amazing paintings featuring birds, as well as other Northern forest creatures (lynx & bear & moose, oh my!)

thanks, evan. i'll check out his work.

The goldfinches in the persimmons is incredible. Whenever you do a posting with birds I am completely undone.

i wish i could remember where i got that one so i could say whose work it is. i tried all my methods of checking back (it wasn't so long ago) but didn't turn up anything. not where i thought i remembered either.

i hope they serve to inspire.