1i've changed my mind since yesterday. this project is too important to do in a half-assed manner. so, whenever i post a partial page i will do my best to replace it with a whole page as i can. i've finally found a bio for this artist, google-translated from the dutch. i'll try to catch all of the translating and "sense" problems, but if you find any i miss, please let me know!

Hoijtema, Theodoor van (known as Theo van Hoytema), painter; draftsman and lithographer. Married 24/12/1891 to Martina Hogervorst. They had no children.

Theo van Hoytema, youngest in a family with eight children, lost his parents at an early age. Together with his brothers and sisters, Theo moved to Little City District where his eldest sister gave him his first drawing lessons. After having taken four classes at the Municipal Gymnasium in Leiden, he began working in the banking house of his two elder brothers in Delft. 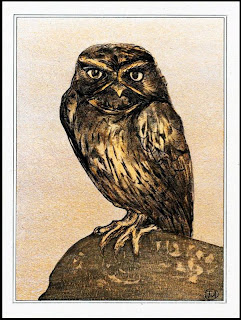 Van Hoytema, however, with his cheerful nature and restless, artistic leanings and love of nature, was not at all suitable for such a job and, once it was possible, he left. In 1889 he moved from Delft to Leiden, where he spent some time with the family on his mother‘s side. Meanwhile, he followed courses in winter drawing and painting at the Hague Academy of Fine Arts (1887-1892) and drew stuffed animals in the Zoological Museum after school. 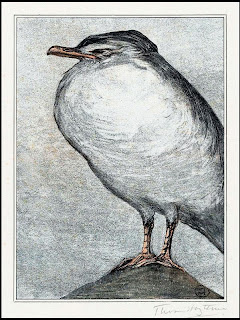 Through his uncle, business partner of the publishing and printing company Leiden Brill, Van Hoytema got his first assignments: scientific illustrations in biological works. In 1890 Van Hoytema established himself as an independent artist in his own studio Intrantibus Pax. That is where his lithographed book How the birds came to a king (Amsterdam, 1892) came into being. This was the first Dutch attempt to tie text and image to a single idea. 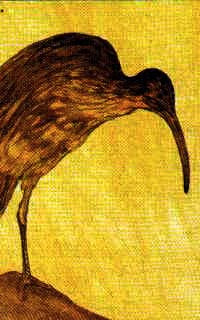 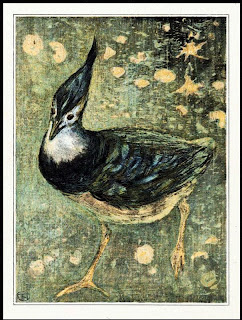 Hoytema's subjects were almost without exception plants and animals, particularly after relocating to Hilversum in 1897. Chalk drawings dating from this period are Swans in a pond, and Face in a green- house, and such lithographs as the Rabbit and Egrets in the portfolio Animal studies. The architectural composition and technical mastery of these pieces bears witnesses to the skills Hoytema had acquired.

A difficult period for Van Hoytema began in 1902. His marriage broke up and he was worried about his health. Some years of wandering followed. He lived in Voorburg and Amsterdam, stayed with a sister in London and was nursed in a hospital (1904 - 1905), and in a sanatorium for nervous diseases in 1906. In 1907 he found a home with his sisters in The Hague, who lovingly cared for until his death. 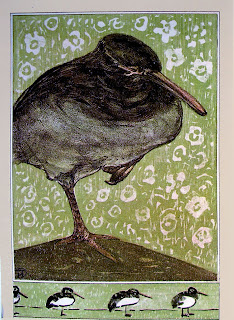 Out of these stressful years grew the calendars for which Hoytema gained his greatest fame. The long series of color lithographs appeared only with great willpower, and the series was completed posthumously. The calendar for 1918 appeared in black and white.

Since 1970, the publication of his calendars and picture books has resumed in facsimile editions. 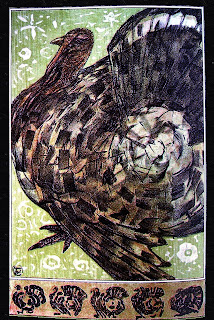 Van Hoytema did not belong to a particular artistic group or movement. His work reveals a number of typical characteristics of the period 1890-1900: the influence of English illustrators such as Walter Crane -- especially in the first two picture books, and the influence of Japanese prints. Art Nouveau styling elements, decorative and whimsical undulations, and distinct contours were employed, without losing sight of naturalism. By 1896 Hoytema had a great freedom in his work, and created a notably beautiful exhibition catalogue for the Rotterdam Art Circle, and a wonderful Monthly Scripture for Vercieringskunst. 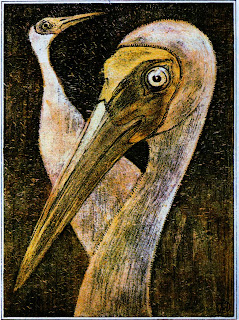 Since 1892, Van Hoytema was a member of the 1893 Hague Art Circle and of Arti et Amicitiae in Amsterdam. He had many friends, including who even in his difficult years remained loyal and supportive. They described him as a friendly and cheerful despite everything, unpretentious man, full of idealism and hard work. 1

learning that hoytema suffered some years of despair didn't surprise me. there is something in the absolute tenderness with which he recreates his birds and animals that speaks, to me, of the sort of sensitive soul who may verge on that inexact edge between beauty and sadness. 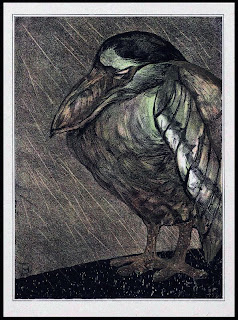 he clearly loves these creatures, and devotes great care to represent both their beauties and their personalities. this is particularly observable in his work from this year, 1908. this is a year of solitary birds, close-ups, giving the viewer the sense that they can feel what the bird itself feels. 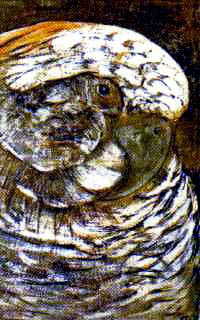 in upcoming posts we'll see how different years take on different moods and characters. and, as i said, the close-ups will be replaced with whole pages as i can, but i think, for this month in particular, the portraits will stay too.

posted by lotusgreen at 5:23 PM

I don't pretend to follow exactly what you mean by updates, but I'm really enjoying seeing more of Hoytema's work (and also hearing some of the biographical details). Thanks.

hi sara-- thanks for the encouragement. it's almost completed, but has been really interesting from this end too.

i'm not sure what you're referring to, but i may have meant the continuing things i find and learn.

thank you, apurva. i'm so glad you like it.