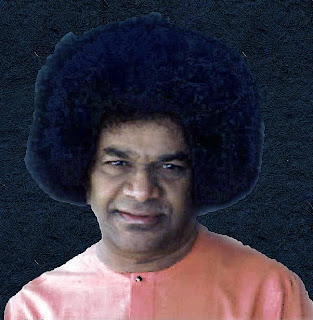 the reason this fact is so notable
besides, of course, all the regular reasons,
is that i first heard about him, even saw a film about him,
40 years ago... today.

i had to double- and triple-check to believe my eyes --
that the one time i look him up is the day he dies.

but i get ahead of myself. 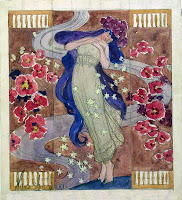 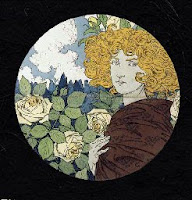 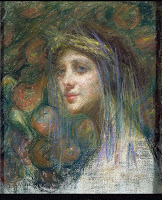 •
and so i went. the first commune i lived in was called "free city," wherein among many other things, a young man named David Lloyd-Jones transcribed, printed up, and circulated a speech by R. Buckminster Fuller. he, like so many others of that moment, could see further into the future than many republicans can see to this day. he could see that it was a world of abundance, and that it could be made to work for every soul on the planet.

•
skip to one day early in 1971, i began to hear commercials on the then very cool KSAN, fm radio. they were for this thing called, "World Game," a series of workshops, and classes and discussions, all about ways to make the world work, a brainchild of R. Buckminster Fuller. 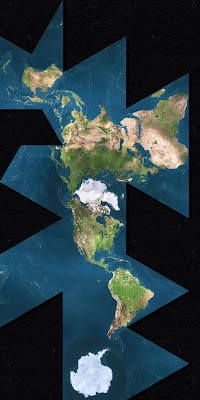 and it was indeed very cool. to simplify to the extreme, Bucky had worked it out so that if all nations would cooperate (yeah, right) in allowing there to be an international grid, there would be more available energy for each person on the planet to have what americans have today.

the sources of all this power: tidal, solar, and wind. it's all there; it's just not hooked up right.

to the left is his Dymaxion Map (or Globe). Bucky believed that to view the planet from this perspective, not only was it more accurate, but it also relieved the viewer from having to try to figure out what's up. for, of course, there is no up, or down for that matter. only in and out.

very quickly we students formed a gang, and did all and sundry things. we dropped acid and had profound discussions out on the grass. we had massive thanksgiving dinners in a Russian Hill mansion someone had donated for the duration. 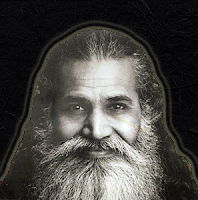 we went to the Institute of Ability where we attended Enlightenment Intensives. we had dinner at the Swami Satchidananda ashram which was right up the hill from where i lived.

and, forty years ago today, we went to University of California at Davis's first Whole Earth Festival, held on the very first Earth Day. it was concerts, and dancers, and craftspeople and lectures and yoga and huge "Om" circles and so much more.

there was the woman who had come down from the mountains, who walked around all day with a green parrot on her shoulder, wearing nothing but a green crocheted bra-top, and a large piece of yellow satin wrapped around her hips.

she sold earrings she had made with feathers from her parrot; i still have one green feather earring today. 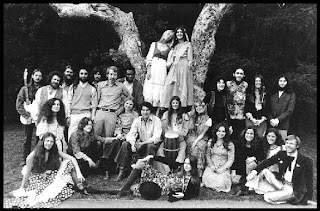 and there was the Fairfax Street Choir (hear them here).
singing full-of-light songs and dancing, even tap dancing; how heavenly.

and, in a classroom, in a building a bit away from the rest,
we saw a movie about Sai Baba.

posted by lotusgreen at 6:41 PM

"If You're Going to San Francisco"- for no good reason...it's one of the few songs that brings spontaneous tears to my eyes.

I just realised, looking out into the backyard, that the ancient, rotting, church-shapped bird feeder has given up the ghost & is no longer on its pole.

many thanks to both of you. i had never heard of these songs, or even these artists.

isn't it interesting that the both of you sent me to a song?

d- he's lovely and his guitar struck the exact right mood for that moment in san francisco, as did the lyrics of his song. (wait! he's way too young to have been there!)

evan -- wow -- what a voice. i didn't expect that to come out of her when she made her introduction.

yes, time is odd in its own way, but isn't everything when you live below the surface?

no less overwhelmed by the beauty of nature, of other peoples faces, of art and design and pattern...

perhaps the feeder failed, but hasn't the garden matured?

by the way, yes, i'm aware that the "miracles" sai baba was known for have all been discredited years ago, and those proofs are all over the internet (he had marble eggs come out of his mouth!).

but his sweetness showed through that, and even today i have a librarian who she and her whole family are still followers.

I remember those days, our innocence and our youthful energy and hopes for change. I thought about the early celebrations of Earth Day when I went by the Civic Center this weekend. It was full of commercial booths, overpriced b-s while the center was blasted with today's loud noise that calls itself music. Any resemblance to a real "Earth Day" was surely accidental. The voice of the earth and those who really love her was lost in the commercial din. Thank you for reminding me of where we started. Let's hope that there are enough of us around to work for genuine change.

thank you, nancy. what a profound comment. the only thing i can say about that are that there are new young people every year with probably the same optimism. at least we now know how the loss was engineered, if we're not too late, and have developed the technology to spread that info around.

meanwhile, hell of a year for allergies, eh? me and my cat are feeling it too. you get better soon!

Le Forestier spent the summer 1971 in the Castro District of S.F in the blue house (now green!), 3841, 18th Av. The experience and the meeting with Allen Ginsberg inspired him of C'est une Maison Bleue, which is 40 years old this year.d

oh my goodness. you have got to see this !

be sure to read the text below the photo.

A nice song, some infos and here is a true story.
Maybe your eyes met...
M L F is still active artistically. And probably joinable. What a coincidence! d

actually, i had a similar thought--i wonder if i slept with him. ;^)

It can happen (again?) anyway because he'll be there again on the 21st of June for a music festival with Joan Baez. The house will be repainted in blue for the occasion and this is not a joke.
[blogs yahoo! music La maison bleue de le forestier est...verte! 21 avril 11:42 philippe barbot c'est ma tournée!]

the lyrics of the song, rather poorly translated by google and me:

Where are you
Lizzard and Luke
& Sylvia
Wait for me

2
Swimming in the fog
Entwined rolling
in the grass

When San Francisco gets up (repeat) ...

Those who live there

Have thrown away the key
Populated with long hair
Large beds and music
Populated by light
And populated by fools
It will last
To stand.

i just realized something. he says, "populated by fools"

when i was living 2 blocks away from there, i "led" an improvisational theater workshop called "ship of fools."

d's message slipped in. that sounds like a wonderful event! i will tell you, though -- i can't think of the last time i was in san francisco -- it's been years. maybe i'll put up another map, though it may not make my excuses....

every time i look at that fairfax street choir photo i recall how much we all were trying to look like the women in the 100 year old images i posted with the song. that was the moment, too, when art nouveau was being rediscovered/revived, so these images were everywhere. (see other posts on this topic -- look for mucha label to start)