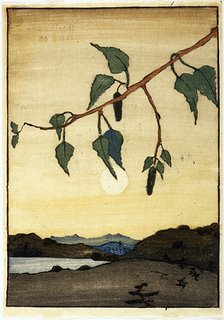 i'd talked about my trip to japan, france, and new york (with rutgers thrown in), but i didn't mention that it was in october of 1989--a date which may hold meaning for other san francisco bay area residents too: the loma prieta earthquake. remember? middle of a baseball game?

the "big one"?
i also didn't mention the quandry that put me in, because there i sat in my nyc hotel room, watching bits of san francisco burning on the tv, 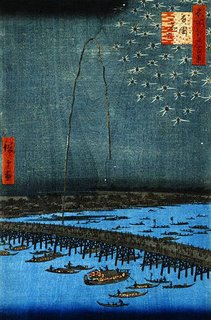 but there was still one stop in man- hattan i really wanted to make.... and i did end up making it.

i went to the hirschl adler gallery to see their arts and crafts show, since immortalized in their book, 'from architecture to object.' and there i saw for the first time the work of b.j.o. nordfeldt. 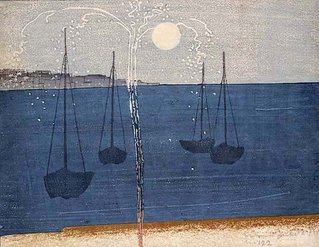 it was a print called 'the long wave' which took my breath away, still does. i can't find it online, and will try scanning it in, but there are others i've found since that do as well. 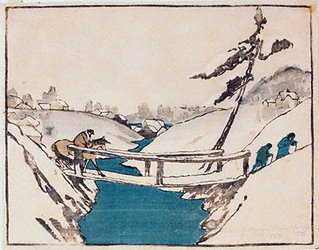 in particular, 'the branch,' above. 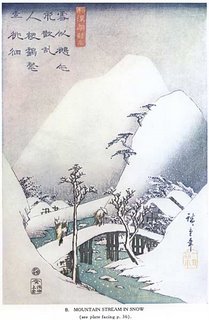 nordfeldt was primarily a painter, but i know him mostly by his very few woodblock prints. most of these were done in 1906, the year he saw frank lloyd wright's collection of hiroshige prints at the chicago museum of art. while there's no knowing for sure which images inspired which, i've suggested some, aided a bit by the book 'japonisme comes to america,' by julia meech and gabriel weisberg.

posted by lotusgreen at 5:57 PM