japonisme: who will remember their names?

who will remember their names? 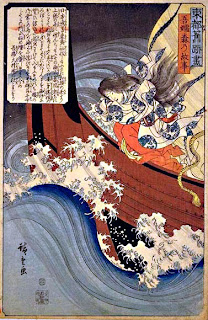 [One] series by Hiroshige which we will describe is one entitled Kokon Joruri Tsukushi, "Ancient and Modern Dramas Illustrated" ; full size, upright. The number in a complete set is not known, but fourteen plates are here recorded, the largest number hitherto mentioned in any publication, as far as the writer is aware. 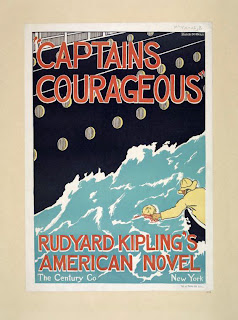 The title of the series is on a narrow yellow panel in the top right-hand corner, and the sub-title of the illustration on a red panel in the opposite corner, on each plate. Publisher, Sanoki ; below Hiroshige's signature is a red chrysan- themum seal, a device which has not hitherto been noted on any Hiroshige print; and two censors' seals, which place the date of the series about 1846, during the Prohibi- tion period. Very rare. 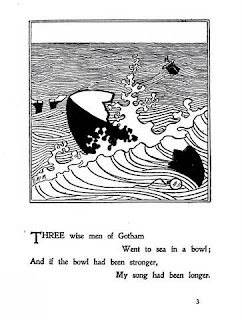 1. Sub-title : Katsuragawa Renri-no-Shigarami (the name of the drama), which concerns two lovers, Choyemon, a man forty years old, and O Han, aged fourteen, who, despairing of obtaining their parents' permission to marry, resolve to commit suicide together. 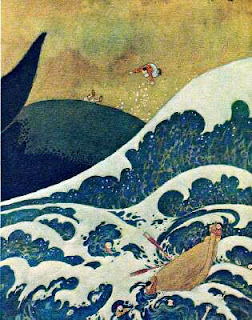 Choyemon is here shown carrying his youthful love on his back, to die together in the waters of the Katsura River, a full moon the only witness of their tragic end. One of the best plates in the series of those known. 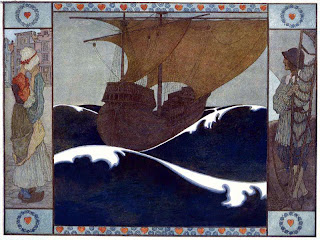 The subject of shinju, or double suicide, was first drama- tized in 1703 by the playwright Chikamatsu Monzayemon, in a play called Sonezaki Shinju. Such dramas were called Shinju-mono, and became exceedingly popular, owing to the beautiful language in which Monzayemon described these tragedies, both with the public and other contemporary dramatists, and it is said their influence was such that the numbers of cases of double suicide increased to an alarming extent.

posted by lotusgreen at 5:55 PM

.
the great wave
swaps over the globe -
japonism