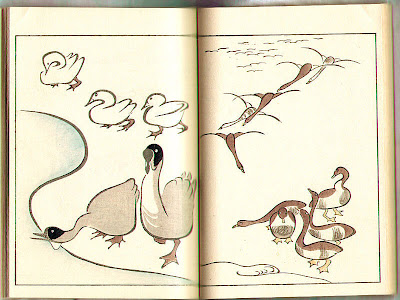 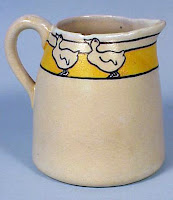 'Ratty,' said the Mole suddenly, one bright summer morning, 'if you
please, I want to ask you a favour.'

The Rat was sitting on the river bank, singing a little song. He had just composed it himself, so he was very taken up with it, and would not pay proper attention to Mole or anything else.

Since early morning he had been swimming in the river, in company with his friends the ducks. And when the ducks stood on their heads suddenly, as ducks will, he would dive down and tickle their necks, just under where their chins would be if ducks had chins, till they were forced to come to the surface again in a hurry, spluttering and angry and shaking their feathers at him, for it is impossible to say quite ALL you feel when your head is under water. At last they implored him to go away and attend to his own affairs and leave them to mind theirs. So the Rat went away, and sat on the river bank in the sun, and made up a song about them, which he called

All along the backwater,
Through the rushes tall,
Ducks are a-dabbling,
Up tails all!

Slushy green undergrowth
Where the roach swim--
Here we keep our larder,
Cool and full and dim.

Everyone for what he likes!
WE like to be
Heads down, tails up,
Dabbling free!

High in the blue above
Swifts whirl and call--
WE are down a-dabbling
Up tails all!

'I don't know that I think so VERY much of that little song, Rat,' observed the Mole cautiously. He was no poet himself and didn't care who knew it; and he had a candid nature.

'Nor don't the ducks neither,' replied the Rat cheerfully. 'They say, "WHY can't fellows be allowed to do what they like WHEN they like and AS they like, instead of other fellows sitting on banks and watching them all the time and making remarks and poetry and things about them? What NONSENSE it all is!" That's what the ducks say.'

'So it is, so it is,' said the Mole, with great heartiness. 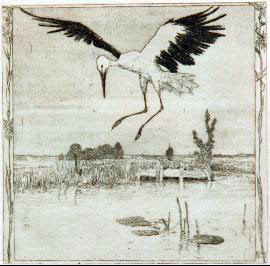 from wind in the willows, written in 1908 by kenneth grahame. i got the text here but the whole book with some illustrations is here.

posted by lotusgreen at 9:15 PM

I love wind in the willows and especially when they go looking for the little otter and see pan. Just such a beautiful passage you chose, and it really is impossible to say all what one feels when one's head is under water.

princess, thank you! i am really glad that you liked it.

antonia--that's a great recommendation; i will look for that part.

and yes, i always find it possible to identify with ducks

Oh, oh, oh! *claps delightedly* I have never read Wind in the Willows (yet, of course) but I knew that poem from a children's anthology I had. I loved it and would sing song it to myself all the time.

I'm delighted not only because I now know the source but because I thought of this poem on Tuesday earlier this week when I was lying in the park. In my position right by the river there were ducks dipping in their heads and I thought how now I see something so often that I only knew for all of my childhood and even my teen years, through a poem. I lived by the sea, not rivers, or in the city where no ducks ventured. There aren't many ducks in Jamaica, I think, any more, the endemic species we have is endangered.

okay so now that you've outed yourself, i'll admit it too--i never read it either! but it really delights me that you not only knew it but were actually thinking of it recently!~

You have to read it, very funny!
I'm going to read it in english, I read the flemish version.
Ducks are funny creatures, I love the jug!

i'll put in my request at the library as soon as i stop writing this! i adore ducks. but will i understand your jug reference when i read it?