japonisme: the king is dead long live the king

the king is dead long live the king 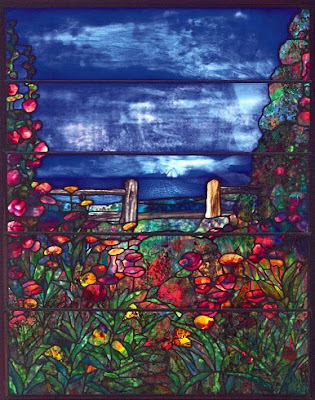 it's beginning to come clear that the rebirth of the tiffany obsession (well-deserved, imho) fueled the entire art nouveau renaissance in the middle of the twentieth century. 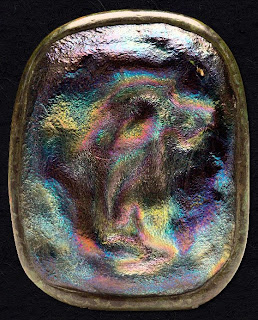 Early scholar of Louis Comfort Tiffany, Robert Koch was born to Millard and Ella Heidelberg (Koch). He gained his bachelor's degree from Harvard and a master's degree from New York University. During World War II, he served in the United States Army from 1942 to 1945. Koch, received his Ph.D., in art history from Yale in 1957. The following year he curated an exhibition of Louis Comfort Tiffany's work for the Museum of Contemporary Crafts in New York. The exhibition is credited with reviving the interest in Tiffany Art Nouveau objects. He was a professor at Southern Connecticut State University in New Haven. He published his Ph.D thesis in a revised form as "Louis Comfort Tiffany, Rebel in Glass," in 1964. In 1972 Koch discovered a very early, and very rare, Tiffany, one that had probably been made by the designer personally. In 2002 Koch donated it to the Metropolitan Museum of Art. 1 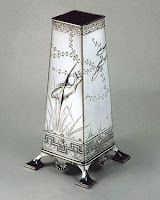 “Let those who arrogantly despise their parents’ tastes beware. Let those who ruthlessly sweep out their attics pay heed. Not only is the fickleness of taste inevitable, but so is the phenomenon of conscientious revivals. A case in point is Louis Comfort Tiffany, zigzagging from a position where he was at the peak of chic around 1900 to the gutter of deri- sion around 1920–1930 and then gradu- ally, deliberately being rediscovered.” 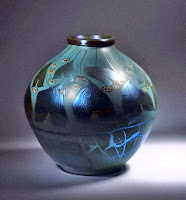 When Aline Saarinen wrote this in 1955, she was witnessing the changing tide in the taste for Tiffany’s glassware and decorative objects. Now, almost a half-century later, Tiffany and the work of Tiffany Studios has secured the recognition of museum curators and private collectors, achieving widespread public appreciation. 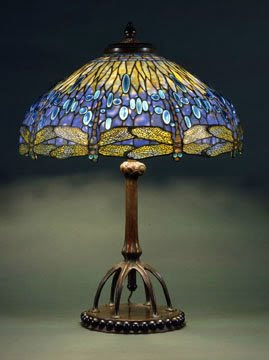 Louis Comfort Tiffany (1848–1933) was an artist and entrepreneur of remarkable talent, breadth, and innovation. His accomplishments as a painter, interior designer, and artist in stained glass, blown glass, metalwork, ceramics, and jewelry were enhanced by his role as a businessman and his appreciation of modern technology. The popularity of the different media in which Tiffany worked varied among patrons, and Tiffany himself had disparate opinions of his craft. In particular, Tiffany did not feel that his distinctive and colorful lamps were preeminent among his creations. Contrary to Tiffany’s personal opinion, however, Tiffany lamps witnessed immense popularity when introduced, demonstrated by the quantity made by Tiffany Studios from the turn of the century until the company went bankrupt in 1932.

In 1970, Dr. Egon Neustadt published his collection in The Lamps of Tiffany. Dr. Neustadt, an orthodontist who was born in Vienna, began collecting Tiffany lamps with his wife, Hildegard, in 1935. Neustadt noted that when he brought his first lamp home and placed it on his desk, “Our friends didn’t like it.” Undaunted, Neustadt’s interest in the leaded glass shades and bases became all-consuming, making him the earliest serious enthusiast of Tiffany lamps, assembling an encyclopedic collection. Beginning approximately twenty years ahead of other major Tiffany lamp collectors, including Walter Chrysler, Jr., Lillian Nasseau, and Hank Helfand, he brought credibility to the field. 2

Jeannette Genius McKean (1909- 1989) founded the Morse Museum of American Art as the Morse Gallery of Art on the Rollins College campus, naming it in honor her industrialist grand- father who retired from Chicago to make Winter Park his final home. 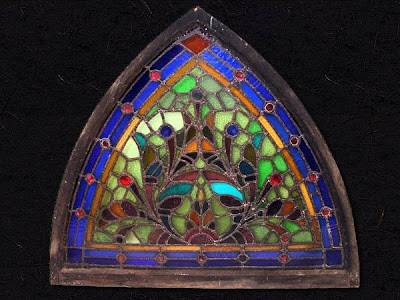 As a child, she visited Winter Park and had fond memories of her grandfather and Osceola Lodge on Lake Osceola, the craftsman-style home he remodeled. It stands today a few blocks from the Morse Museum exactly as it was when she visited in the early 1900s.

Jeannette McKean grew up in the gracious Kenwood section of Chicago in the Richardson Romanesque-style mansion her grandfather had built and later gave to her parents as a wedding gift. The home was richly detailed with stained-glass windows and carved mahogany cabinetry, and her artistic mother, Elizabeth Morse Genius, bought American Impressionist paintings, many of which are in the Morse collection today, to hang on the walls. As with many wealthy families of the period, the Geniuses also collected Tiffany glass. 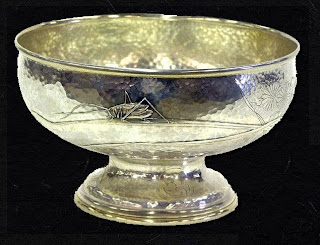 In 1942 she founded the Morse Gallery on campus and named Hugh F. Mc- Kean, then a Rollins art professor, as its director. In 1945, Hugh and Jeann- ette were married.

Thirteen years after she founded the Morse Gallery, Jeannette McKean staged an exhibition, "Works of Art by Louis Comfort Tiffany," that was the first serious showing of Tiffany work since the turn of the century. For decades Tiffany's work had fallen from favor, but Jeannette McKean, remembering the satiny, iridescent glass in her family home, still thought his work exceptionally elegant. 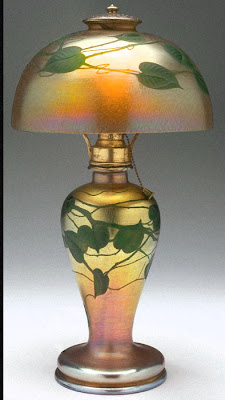 In 1957 when the McKeans received word from one of Tiffany's twin daughters that his estate, Laurelton Hall, had burned, it was Jeannette McKean who made the decision to rescue the Tiffany 'treasures' then considered not worth saving. Her husband remembered her exact words at the scene of the devastation: "Let's buy everything that is left and try to save it." With that decision she created the nucleus of a collection that would grow into the most comprehensive collection of the work of Louis Comfort Tiffany in the world. 3
whether it was the flood of interest in getting something for nothing that collectors brought to news of tiffany's death, or a passion more in depth or earnest than that that was catalyst for a revival, or whether it was merely generational change, in which the generation that loved it begat the generation that hated it begat... etc. as a culture that enjoys assigning reasons, art historians (like everyone else) will guess and quarrel and surmise, and all that's really left for us to do is to sit back and thoroughly enjoy.

posted by lotusgreen at 1:47 PM

Wonderful post! If I had to chose just one piece...I couldn't do it! It's a 50-50 tie between the silver coffee pot and that last lamp. wow!

i think for me it just might have to be the cricket bowl. but you've inspired me to take a little sidetrip to tiffany's silver department. a detour department departure.