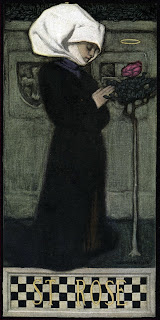 why have any religions at all? i can think of good and bad reasons. good includes socials and nice music. soaring, glorious music; what of the fact that soaring music encourages dissociation? is that the enduring state that all religion leads to? 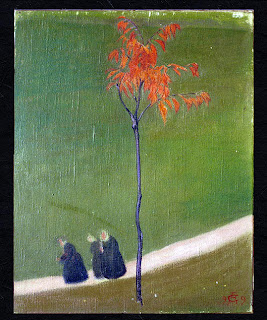 now, yes-- all the religions are different; Buddhism and Catholicism couldn't be more different, could they? we are told that Buddhism doesn't even sanction believing in anyone. Buddha is not a godhead. 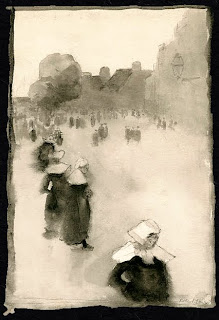 but they are the same in brandishing ritual and rules: anything to break you from everything you know. but from there, because that break may just be the best thing for you, don't they take you in exactly the opposition direction from where they claim to be leading you? to the truth? 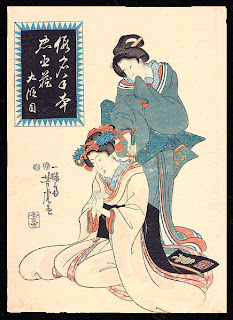 we might say that the truth lies within you; then why do each of these rule that possibility out? a theory occurred to me yesterday. religion as panacea for a ubiquitous OCD. how few of us unfurl complete confi- dence every day? religion gives you an approving voice at all time, as long as you pay the dues. and raw energy is dispersed in endless, mindless ritual. 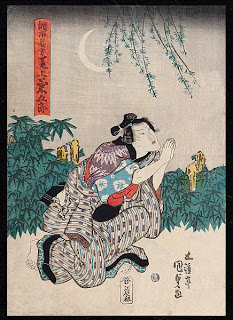 'opiate for the masses,' yes. "Religion is, indeed, the self-consciousness and self-esteem of man who has either not yet won through to himself, or has already lost himself again." temper this by the fact that it could also be zoloft or pel mells, or GTOs or viagra, or baked potatoes with sour cream: anything that tells you, in a very gentle voice, how okay you really are.

just think: if you really believed that, they could sell you nothing. nothing! not Lutheranism nor betty crocker nor anything else. and your terrors would all belong to you again, and
your salvation.

Besides from the bad and the good things it brought humanity (abuse, misuse of power, deception and deceit, great music, works of art and sense of community) religion is invented by and for those who are afraid of death or dying. Who isn't? Scientifiquely I'm convinced it's all chemical. Some part(s) of the brain susceptive for certain stimulation. Like love and sex. And humour. Haha !
Great pictures btw.

thank you for such a rich comment, gerrie. another way to look at organized religion is as a system of political control. no matter how it is begun, once it creates individuals with power the corruption begins, just like with other institutions.

this is not to say that there isn't a great deal of compassion created as well, which can be healing and life-affirming. but... see yesterday.

Descartes speculated that because man can conceptualize God, he must exist- kind of an extension of his premise- "I think, therefore I am." Not quite sure I buy "I think there's a God, therefore there must be."

Religious music- Fred Alan Wolf wrote a book about quantum physics & shamanism- part of what he talks about is the use of sonic vibration to alter consciousness, I'm going to go out on a limb & say what's true for drums & chanting is going to be true for organs & choirs. I'm envisioning altered consciousness being pretty much the same as an attitude adjustment.

what wonderfful information to add-- thank you evan.

another way i've looked at this is that we all have within us equal forces towards fear and towards love. everything from opiates, religion, and psychoanalysis help us to have a choice of which one to follow, and then to follow it. hardest thing in the world; if love is not a power "greater than ourselves," can anything be?