japonisme: Aubade of the Singer And Saboteur, Marie Triste

Aubade of the Singer And Saboteur, Marie Triste 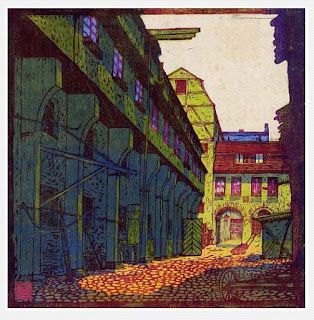 In the twenties, I would visit Dachau often with my brother.
There was then an artists' colony outside the Ingolstadt Woods
And these estates had a meadow filled
With the hazy blood-campion, sumac, and delicate yellow cinquefoil.
At the left of the meadow there was a fast stream and pond, and
Along the stream, six lodges and the oak Dachau Hall where
Meals were held and the evening concerts. In winter, the Hall
Was a hostel for hunters, and the violinists, who were the first
Of the colony to arrive in spring, would spend three days
Scouring the deer blood off the floors, tables, walls, and sinks.
They would rub myrtle leaves into the wood to get out the stink! 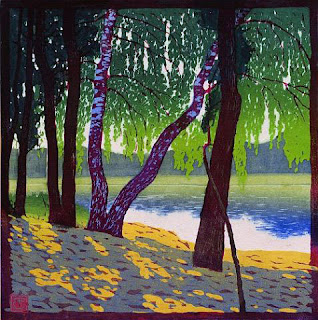 The railway from Munich to Ingolstadt would deposit us by
The gold water tower, and my brother, Charles, and I would cut
Across two fields to the pastures behind Dachau Hall. Once,
Crossing these fields, Charles, who had been drinking warm beer
Since morning, stopped, and crouching low in the white chicory
And lupine found a single, reddish touch-me-not which is rare
Here in the mountains. A young surgeon, Charles assumed his
Condescending tone, and began by saying, "Now, sister, 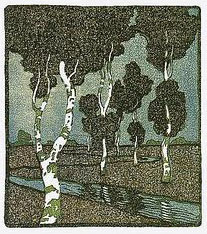 This flower has no perfume --- what you smell is not your
Brother's breath either, but the yeast sheds of the brewery
just over
That hill. This uncommon flower can grow to an enormous height
If planted in water. It is a succulent annual. Its private
Appointments are oval and its nodding blossom takes its weight
From pods with crimson threadlike supports." With his bony fingers

He began to force open the flower. I blushed. He said, "It is
A devoted, sexual flower; its tough, meatlike labia protrude
Until autumn and then shrivel; this adult flower
If disturbed explodes into a small yellow rain like
That fawn we watched urinating on the hawthorn just last August." 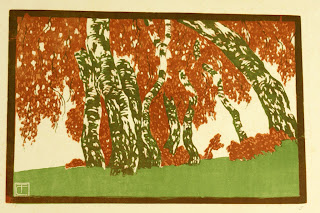 Charles was only two years older but could be a wicked fellow.
Once, on our first day at the colony, at midnight, he was
Discovered nude and bathing in the pond with a cellist. She was
The only cellist, and for that week, Charles was their only doctor.
So neither was banished. But neither was spoken to except
For rehearsals and in illness. There is a short bridge passage
In a Scriabin sonata that reminds me of the bursting touch-me-nots,
That reminds me, also, of Heisdt-Bridge itself, in Poland! We blew 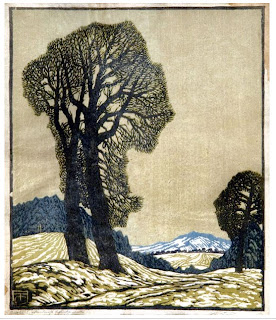 It up in October. I had primed the packages of glycerin, kieselguhr,
Woodmeal, and chalk. We curbed the explosives with sulfur.
I sat in primrose and sorrel with the plunger-box and at four o'clock
Up went the munitions shipment from Munich to Warsaw. Those thin
Crimson supports of the flower tossed up like the sunburned arms
Of the pianist Mark Meichnik, arriving at his favorite E-flat-
Major chord; and I guess that whenever a train or warehouse went
Four-ways-to-market right before my eyes, I thought
Of that large moment of Schumann's. The morning
After Heidst-Bridge I was captured and Charles 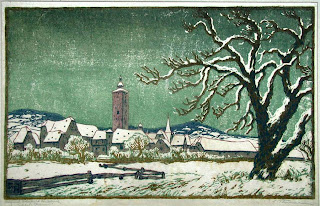 I was at Dachau by the weekend. They have kept me in
A small cell. A young lieutenant tortured me that first night.
Knowing I was a singer they asked me to perform
For the commandant early the next week.
By then I was able to stand again, but my Nazi inquisitor
Had for an hour touched live wires to me while holding
Me in a shallow ice bath. I had been
Made into a tenor voice! The commandant's wife dismissed me
After a few notes. As I was tortured I forced myself
To dwell on the adult life of the touch-me-not, that fawn in
Hawthorn, and my brother's drunken anatomy lesson that showed
No skill at all there in the silver meadow. I was probably
Stupid not to have fallen unconscious. When I was
Ordered out of the parlor by the Nazi bitch, I did, for the first 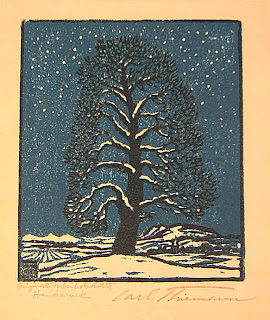 Time in two years, cry aloud. I think it was for my voice that
I cried so badly. The guards laughed, returning me to my cell.
My cell has a bench, a pail, and a wire brush. Every two days
Without warning the hose comes alive with water, moving through
The space like a snake.
Sometimes it wakes me about the face and legs.
I have lost so much weight that I can sleep comfortably
On the pine bench. I watch shadows in the cell become,
At night, the masquerade dance in the woodcut by Hans Burgkmair:

Its bird shapes, that procession of men threading the dance,
And Maximilian I greeting them as they twist past the banquet tables.
My inquisitor, all night in the chamber, commanding me
To sing, to sing!

When they fire the ovens out beside the pastures it is like
A giant catching his breath. And then there is the silence
Of the trucks with their murmuring engines. My delusions:
A sound like my brother's cellist, at this early hour, opening
The morning with difficult arm exercises; he said that she would
Play for him naked and until he became jealous. Then I would
Say, "Oh, Charles!" He'd laugh. 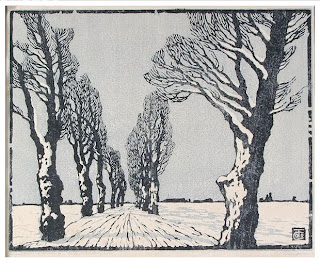 My favorite pastime has become the imaginary destruction of flowers.
I hear their screams. They bleed onto the floor of my cell. I scrub
The wall where a Bürgermeister opened the artery of a doe that
He had shot just outside the window.
Later, the Bürgermeister favorite butcher making venison flanks
Into roasts, how he sawed at the large femur of the deer
Like the cellist waking with her instrument, their right arms
Are beautiful with white muscles;
The butcher and the cellist died, here, admiring the noxious
Blue crystals on the floors of the gas chamber: the way,
At first, they darken to indigo and like smoke
Climb over your ankles, reaching your waist ---
You fall naked as into the field that is with a breeze turning
All its wildflowers, bladder-campion and myrtle, into
A melody of just three staves written for four voices:

Slaughter and music.
Two of the old miracles. They were not my choices. 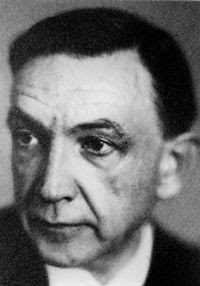 By the end of the 19th century and the beginning of the 20th century, Dachau, alongside Worpswede, was one of Europe's most important artists' villages. At that time it was said that every tenth person in Dachau was an artist and this included famous names such as Adolf Hölzel, Ludwig Dill and Arthur Langhammer. Carl Spitzweg and Lovis Corinth were among those who repeatedly came to Dachau hoping to capture the special quality of light of the Dachau fens in their open-air paintings. Carl Thiemann was a student at the Academy of Fine Arts in Prague from 1905. To begin with he was engrossed with etching, but became increasingly fascinated by coloured wood cuts soon becoming a member of the leading group of modern wood engravers. Thiemann, who came to Dachau in 1908, was the last to build a house in the artists’ colony. His was the only one surrounded by a large garden.

Thiemann stayed in Dachau until he died in 1966. His best and most poular works are his woodcuts. They are cut and hand-printed with great precision and display resourcefulness in their use of colour. Theimann's themes and methods came to be modeled more and more after the Japanese prints he became exposed to. He even took to signing his pieces with the same kind of modified chop that many of his fellow printmakers of the time were using.

posted by lotusgreen at 5:07 PM

Very moving post. I had no idea that Dachau had an artist colony. When one reads of Worpswede all one would think was happening at the time was Rilke and the birth of German Expressionism. Thanks for bringing this other side to light. Here is a link to a marvelous Ludwig Dill that looks very much like a California Impressionist painting:

I guess Poplars are Poplars anywhere :)

i didn't know either, christine. i can't even somehow still get my mind around it. even just doing that post seemed to tear me apart. i guess that's necessary for growth. holding the painters and violins in my head along with the images of hoards of people ravaged is damn near impossible.

thanks for the link

Some of my favorite paintings of trees/landscapes are by Klimt. Are you familiar with them?

thanks dominic. i love them. i used to have one hanging in my hallway so it was the first thing i saw when i came in.

i love his paintings,i think his painting of trees has the expression of personification.

what a poetic perspective, hp