japonisme: The Book of Tea : 茶の本

The Book of Tea : 茶の本

THE CUP OF HUMANITY 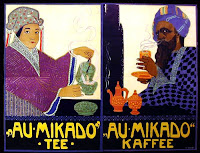 Tea began as a medi- cine and grew into a beverage. In China, in the eighth century, it entered the realm of poetry as one of the polite amusements. The fifteenth century saw Japan ennoble it into a religion of aestheticism — Teaism.

Teaism is a cult founded on the adoration of the beautiful among the sordid facts of everyday existence. It inculcates purity and harmony, the mystery of mutual charity, the romanticism of the social order. It is essentiallya worship of the Imperfect, as it is a tender attempt to accomplish something possible in this impossible thing we know as life. 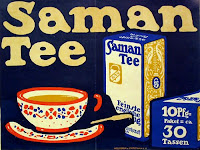 The Philosophy of Tea is not mere aestheticism in the ordinary acceptance of the term, for it expresses conjointly with ethics and religion our whole point of view about man and nature. It is hygiene, for it enforces cleanliness; it is economics, for it shows comfort in simplicity rather than in the complex and costly; it is moral geometry, inasmuch as it defines our sense of proportion to the universe. It represents the true spirit of Eastern democracy by making all its votaries aristocrats in taste. 1

thus begins 'the book of tea,' written by Kakuzo Okakura in 1906. known to many as a scholar, particularly when it came to japanese art, it is perhaps not surprising that he wound up in boston.

as okakura was also a scholar of english, his life took some very interesting turns in the early years of the explorartion of japan by americans (usually from boston!): "Kakuzo Okakura, the connoisseur, curator and cultural historian mentored by Ernest Fenollosa, the Tokyo philosophy professor instrumental in shaping Japanese fine arts policy, mentors in turn John La Farge, the painter most responsible for bringing Japanese aesthetic ideas and methods to American art.

La Farge makes a pivotal trip to Japan in the company of Henry Adams, whose lifelong friend John Hay was later responsible for negotiating an end to the Russo-Japanese War. Fenollosa's own obsession with Japan had been inspired by Edward Sylvester Morse, a principal Western figure at Tokyo Imperial University, who in 1881 delivered a seminal set of lectures in Boston on Japanese folkways.

Also fired by Morse's lectures were Isabella Stewart Gardner, who founded a museum of her own, and the astronomer Percival Lowell. Gardner became Okakura's intimate friend and probable lover during his years as curator of the Japanese collection at the Museum of Fine Arts.

Lowell's writings on Japan became a major source for his sister Amy's Japanese-inflected poetry. Amy Lowell and Ezra Pound, who disputed control of the Imagist movement in poetry, met in Paris in 1913, the same year that Mary Fenollosa, Ernest's wife, altered the course of Pound's career -- and of 20th-century poetry -- by giving him the notes her late husband had made while studying Chinese poetry with Kakuzo Okakura."

The story of Okakura, who emerges as something like the book's hero, embodies still other ideas. Having had a thorough education in both the new Western learning and the traditions of old Japan, he became his country's leading cultural ambassador -- but not before La Farge had taught him how to ''be Japanese'' for American audiences, how to suggest, through a certain sad charm, the wisdom of the East.

And after learning to perform an identity he already possessed, he went on to write a series of books -- most famously, ''The Book of Tea,'' whose explication of the principles of the tea ceremony had a pro- found impact on, among many others, Frank Lloyd Wright, Wallace Stevens and Martin Heidegger -- in which he explained Japanese culture to the West, and in so doing explained it to himself, discarding received ideas about the imitativeness and femininity of Japanese traditions in favor of notions of creativity and vigor. 2

(from a review of the wonderful book,
THE GREAT WAVE: Gilded Age Misfits,
Japanese Eccentrics,
and the Opening of Old Japan,
by Christopher Benfey.

(with thanks for inspiration
to the floating bridge)

posted by lotusgreen at 7:29 PM

thank you so much, rachel!

oh you made me so happy! I don't know how to thank you... and of course I had read The Book of Tea, but didn't know any of these fascinating details and intertwined stories...

you have put such a big smile on my face with your kind words.