I have minded me
Of the noon-day brightness,
And the crickets' drowsy
Singing in the sunshine...

I have minded me
Of the slim marsh-grasses
That the winds at twilight,
Dying, scarcely ripple...
And I cannot sleep.

I have minded me
Of a lily-pond,
Where the waters sway
All the moonlit leaves
And the curled long stems...

And I cannot sleep.

people change their names for many reasons: for luck, to hide, to reveal...

For Thais, names are loaded with significance and having the wrong one can bring untold misfortune. Over the past 10 years, the trend for changing one's name has grown alarmingly. Last year in Bangkok alone more than 50,000 people registered new names. And they weren't just changing their first names. Thais can also change their surnames whenever they like, as long as they choose an entirely unique name.

Unlike the West, where parents often choose a name for their child well before it's born, Thais name their children when they know the exact date and time of birth, consulting books, monks and astrologers. Some dates are particularly auspicious - such as the King's and Queen's birthdays. Those lucky enough to give birth on those dates can apply to the Palace for a name. If you're not willing to trust to luck, doctors are more than happy to book you in for a Cesarean in advance.

many jews changed their names when they first arrived at ellis island. or had them changed. then after the second world war, many first generation American-born jews went into an all-too-understandable hiding, and names were changed so success may be pursued.

but for me, it was instead a revelation. since i was 14, tigerlily had been my secret name. maybe i got it from peter pan. it just felt more like my real name than the one i had been given (which, not coincidentally, had been yelled so often i wanted never to hear it again). nine years pass, and i am a hippy in san francisco. i've left the haight behind and now live in the castro near a wonderful health food store named agapé. 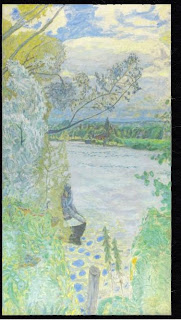 i needed to be free of some people i had gotten involved with, so i moved, left no forwarding address, and changed my name. since i had a friend staying with me at the time whose name was now fern blossom, i decided now was the moment to take my 'real name.' i needed a last name too, so i became lily pond.

it was 1973. it was around this time of year so why not?: today marks the official 35-year anniversary of my name. but wait -- i said something about revelation. isn't this just as much about hiding too? it was at first. but the name took root, and the symbol became increasingly important to me. i went to kyoto to tour lily ponds. i built one.

my name was revealed to me, and, thankfully, i listened.

posted by lotusgreen at 3:31 PM

you put me to shame, willow, and inspire me. i love your responsiveness.

did you look at the google earth picture of that pond?

What a lovely name, Lily! And a lovely post. Congratulations on your name's anniversary!

In a true world, we would all find our real names, or they would find us. The whole business of surnames is just bureaucracy (and patriarchy) gone mad. So good on you, Lily.

why thank you neil!

i admit--i never wholly understand those who hate their names, and keep them.

Thank you, Lily, for this revealing post. (The water lily is iconic for me, too.)

My full real name doesn't look extraordinary, but my first name means a small pool of water and my last means "twin forests". I love these references to nature and so I'm happy with what I have.

there's such a sense of peace in that comment, lynn -- and it's wonderfully prescient of your folks, eh?