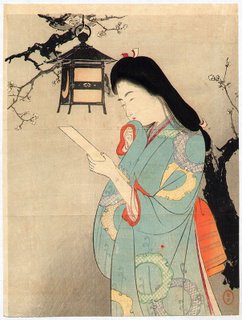 i'm working up to talking about the nabis. i've mentioned several times that the japanese saw no separation between art and craft until western influence, and that was an ethic that was a guiding idea for the nabis.

but is is clear, even to me, what that means? i feel like i'm learning on a new level. 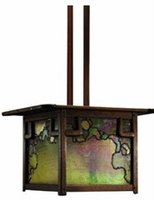 if everything is your art, there isn't the separation between what you take aesthetic care in producing, and what you don't. i'm going to try to state this in various ways until i'm really comfortable i'm getting it said the way i really want.

the style part is the easiest to illustrate.

posted by lotusgreen at 8:01 PM

This is very well said. That there was a move towards a deeper understanding of Art being capable of encompassing all things. That Art is the perfection or deepening of self through the work of art and that is why the "crafts" were never separated for the "arts". It is quite removed from the concept of style as you quite rightly say.

i love how you said that