japonisme: starting with the fireworks

starting with the fireworks it's by whistler, of course; 'nocturne in black and gold: the falling rocket'. 1875 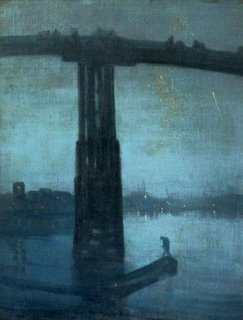 there will be much more about this, but that comes later. i'll take this story one man at a time. 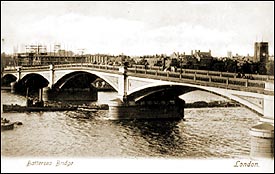 whistler the painter became enamored with the art and craft of japan to such an extent that he became one of the influencing factors in the lives of many european painters and collectors. 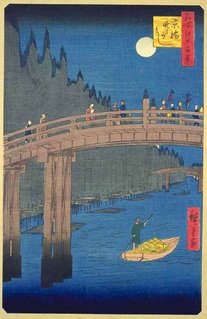 in his own work, in addition to the standard featuring of women in kimono, before screens, holding fans, he embraced

what he saw as the essence of the japanese ideal: a rootedness in nature, and 'art for art's sake.' a battle had raged in europe over whether or not art must be moralistic. whistler said no. 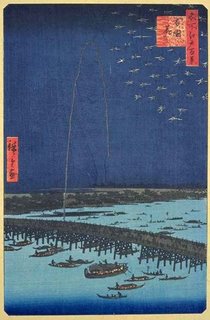 the very naming of his paintings for forms of music, symphony, nocturne, reveals this in that he hears the lights and darks, the forms and the flow of line and pigment, and this is what's important (in this i assume that whistler, like nabokov, was a synaesthesic). 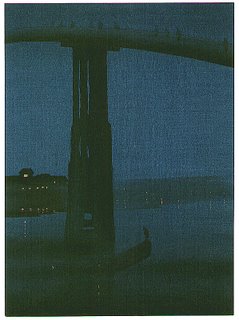 this second one (left, above) is called 'nocturne in blue and gold: old battersea bridge' and it was painted in 1873. but, in honor of this blog's topic, let's look at some other images, and their dates.

now the interesting thing is that the photo is the battersea bridge. and just below it is the kyo bridge, in a print made by hiroshige in ca. 1857! it is also suggested that this hiroshige print, 'fireworks at ryogoku' inspired whistler in these images as it would nordfeldt in 1906. 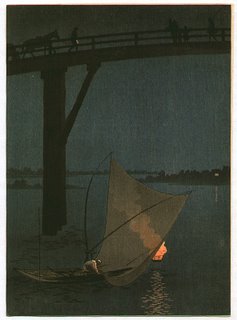 the whistler painting itself was inspiration for the next generation of japanese printmakers.

'misty bridge at night' was done by an anonymous printmaker in the 1930s, the same decade that yoshimune arai produced his 'fishing boat,' (right) .

but in a way, it with was the painting with which we began that was whistler's finest achievement, and it was also his downfall. (more in part ii)

Always a pleasure stopping by your blog.

That Yoshimune Arai piece is so tranquil and engaging.

[ed. for some reason blogger posted this entry 4 or 5 times, and dom had posted this in one i deleted....]

but thanks so much, dom.