poet of the belle epoque

(marcello dudovich was born with the right skills and the right interests at the right time. it was a moment when color printing was booming and when the middle class had grown large enough to support things like department stores, the mele stores in particular. he also has the opportunities to meet and study under mucha, penfield, and hohenstein.)

In 1897 with the help of Leopoldo Metlicovitz, painter, poster artist, illustrator and stage designer, Antonio Dudovich sends his son Marcello to the Officine Grafiche Ricordi (Ricordi Printing Works) in Milan, in order to learn the job of “colourist”.

Giulio Ricordi, director of the Works, doesn’t take long to notice the young Dudovich’s talent. From simple copier and colourist he is promoted to designer and regular collaborator. It is necessary to stress how important this compact and numerous group, which includes the best “signatures” of Italian poster art, is for Ricordi.

The inter- na- tion- al char- act- er of the Officine Grafiche Ricordi manifests itself also in the presence of artists coming from other countries (Adolfo Hohenstein, Leopoldo Metlicovitz, F. Laskoff, Aleardo Villa, Giovanni Mataloni): endowed with strong personalities, they create a fertile breeding ground in which the new European modernist developments can take root, and, even within the consolidated 19th century tradition of poster art, they succeed in elaborating innovative communication formulas in the field of visual advertising art.

The Officine Ricordi are in these years the best Italian lithographic printing works, with several branches both in Italy (Milan, Naples, Florence, Rome) and abroad (London, Paris, Leipzig, New York). The constant contact of the Officine Ricordi with foreign countries represents an inexhaustible source of information and visual stimulation for Dudovich, who can thus keep up-to-date with the new artistic and publishing developments, mixing the most disparate international artistic influences.

Dudovich settles down in Milan and works for the advertising campaigns of the Grandi Magazzini Mele, an important department store in Naples (1906-1914). These years are happy and characterised by an abundant and justly acclaimed output: he realizes some of the best posters of his long career. Milan will acknowledge Dudovich as “the poet of the Belle Epoque”, a refined illustrator of human life, and an acute portraitist.

The Officine Grafiche Ricordi become in Italy what the Imprimerie Chaix, created by Jules Chéret, is in France: a stimulating breeding ground for artists capable of following all the stages of their work step by step, from the sketching phase to chromolithographic reproduction on stone, zinc, or aluminium plate – collaborating with the printers, supervising directly the work in all its phases, refining and adding further touches. 1

(the mele stores, like paul poiret -- french clothing designer --, seized the opportunity this "golden age of posters" afforded them by hiring the best and the brightest of the up-and-coming new artists of this new field to promote their goods.

clearly, the influences of japonisme have become part of the language; the dark outlines and flat areas of pure color, and the often-appearing diagonal structure are hard to miss.)

posted by lotusgreen at 8:21 PM 2 comments

the birth of the blues, greens, yellows, reds....

(this post was inspired by Changes in the Wind ) 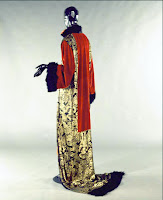 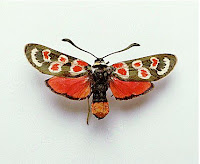 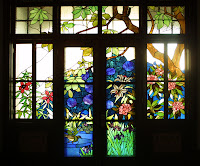 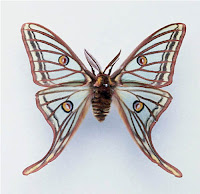 She's like a rainbow
Coming colors in the air
Oh, every- where
She comes in colors

posted by lotusgreen at 7:39 PM 8 comments

in nature, color has no name 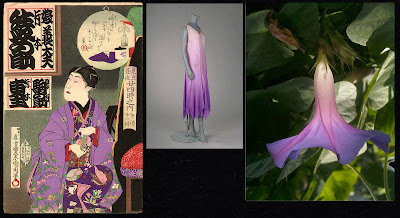 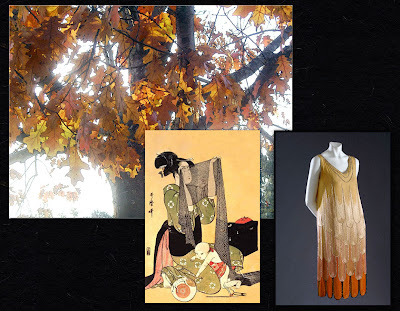 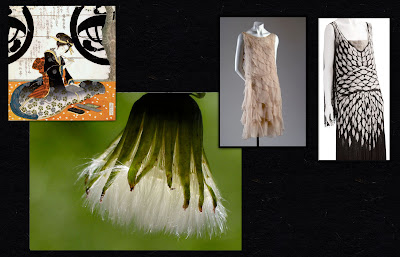 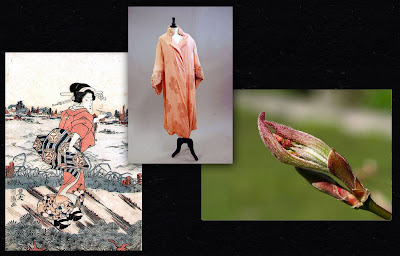 where does one color stop and another begin?

posted by lotusgreen at 3:35 AM 9 comments

a thing of beauty 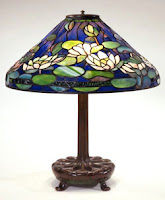 as we've discussed here earlier, part of the impetus for this happening was the japanese gardens installed at the various world expositions which happened with regularity around the us and europe. the other reason was the emigration of a large japanese population to america's west coast. among them were students of their own culture and, probably most importantly, were gardeners. 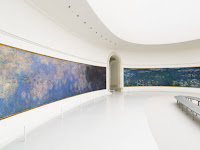 AFFIRMATION
To grow old is to lose everything.
Aging, everybody knows it.
Even when we are young,
we glimpse it sometimes, and nod our heads
when a grandfather dies.
Then we row for years on the midsummer
pond, ignorant and content. But a marriage,
that began without harm, scatters
into debris on the shore,
and a friend from school drops
cold on a rocky strand.

If a new love carries us
past middle age, our wife will die
at her strongest and most beautiful.
New women come and go. All go.
The pretty lover who announces
that she is temporary
is temporary. The bold woman,
middle-aged against our old age, 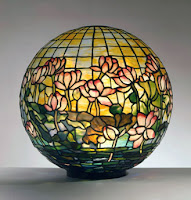 sinks under an anxiety she cannot withstand.
Another friend of decades estranges himself
in words that pollute thirty years.
Let us stifle under mud at the pond's edge
and affirm that it is fitting
and delicious to lose everything. 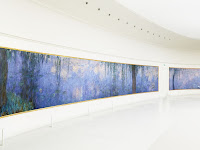 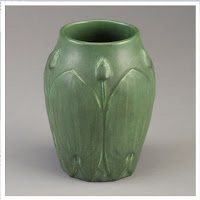 A thing of beauty is a
joy for ever:
Its loveliness increases;
it will never
Pass into nothingness;
but still will keep
A bower quiet for us, and a sleep
Full of sweet dreams, and health, and quiet breathing.
Therefore, on every morrow, are we wreathing
A flowery band to bind us to the earth,
pite of despondence,
of the inhuman dearth 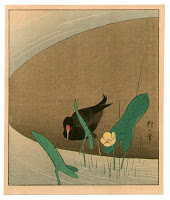 Of noble natures, of the gloomy days,
Of all the unhealthy and
o'er-darkened ways
Made for our searching:
yes, in spite of all,
Some shape of beauty
moves away the pall
From our dark spirits.
Such the sun, the moon,
Trees old and young, sprouting a shady boon
For simple sheep; and such are daffodils
With the green world they live in; and clear rills
That for themselves a cooling covert make
'Gainst the hot season; the mid forest brake,
Rich with a sprinkling of fair musk-rose blooms:
And such too is the grandeur of
the dooms
We have imagined for the
mighty dead;
All lovely tales that we have
heard or read:
An endless fountain of immortal drink,
Pouring unto us from the heaven's brink.

posted by lotusgreen at 5:50 PM 5 comments

By the 1880s, interest in Brittany.... was high and Pont-Aven was already an internationally known enclave for artists (and sightseeing city folk).....

Establishing the regional particularities of Brittany, with its special native costumes and customs, terrain and religiosity, is fundamental to an understanding of the iconography of [Nabi] painting[s].... [in which we see] Breton women's homespun costumes with their characteristic stiffly starched white headdresses, or coiffes.

Each headdress design, explicated in terms of how it identified the wearer, indicated locale and status: small headgear was worn by working class women; a widow let the flaps of her headdress hang loose; sous-coiffes were for working; and special, ceremonial coiffes were designated for holidays. 1

The Edo Period was the most gorgeous period in the history of Japanese woman's hairstyles, with hundreds of different styles existed. They differed according to a woman's age, occupation, regional background and social or marital status.

For example, a single woman wore her hair in such styles as the momo-ware or the shimada-mage. After getting married, the maru-mage, ryowa-mage or sakko styles took over, and a widow's hair was cut short to indicate her status (kiri-gami). The most well-known hairstyle for courtesans was the yoko-hyogo style, resembling a butterfly with its wings spread open. The feudal lord's waiting maids used the katahazushi style, synonymous with their position itself. 2 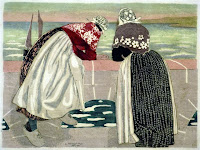 Clothing, hairstyles, hair ornaments, the way the obi was tied on the kimono, the way of walking were all signs of [a courtesan's] rank. 3

At first hair ornaments were luxury items affordable only by ladies of the nobility, affluent townswomen or high-ranking courtesans. By the Meiji Restoration in 1868, hair ornaments of every variety were available to women of all social classes. 4

Apart from being able to dance, sing, and play, the well-trained geisha was expected to know all the latest jokes and stories, to be quick at repartee, and an accomplished conversationist. 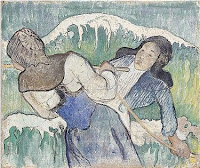 Her dress was as beautiful as that of the courtesan, but she wore her obi tied behind, while her head was not adorned with the enormous hair-pins of the latter. 5

A few comments on the geisha vs. prostitute question: Historically, geisha and prostitutes were completely different classes in Japan. The highest-ranking prostitutes still in existence when the first geisha emerged were "oiran", who had evolved from a previous class of very accomplished courtesans called "tayuu". These women were often quite brilliant artists and poets, and these talents were often considered much more important than sexual prowess. While tayuu were usually very beautiful, they were valued as much for their brains as their bodies. Lower-ranking prostitutes also existed--there were several ranks, arranged according to artistic accomplishment and beauty. (There is a lot of information on this in "Yoshiwara: The Nightless City", which has recently been reprinted.)

The meaning of the word "geiko" (a more recent and specific term for "geisha") is "woman of the arts". When geisha districts were first established, there were very strict rules to keep the geisha from interfering with the customers of the oiran. They had to wear less vibrant colours, and smaller and fewer hair ornaments. The pictures one sees of Japanese women wearing many large ornaments in their hair and very bright many-layered kimono are oiran or tayuu, not geisha. Geisha were not intended to take money for sex (although it was known to happen). But a very successful geisha would not really need to do that. She would earn a great deal of money just for entertaining. 6 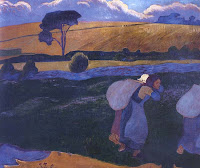 posted by lotusgreen at 3:35 PM 8 comments