everyone is the other

i do believe that fear of the 'other' is genetically encoded in each of us, presumably to build strong families and communities, as these are the modes of survival. particularly when you're nomads, wandering in the desert.

i wonder what our genes think of cyberspace. or is our growing likelihood to spend a fair percentage of our socializing while sitting alone at a desk also genetically determined as a response to overpopulation.

but in the current climate of world-wide community, is this genetic imperative as out of date as dragging women around by their hair? in a word... YES! 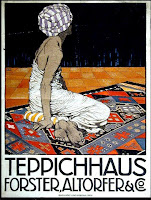 this train of thought began first thing in the morning when i heard a commentator on the radio announce that the TLC program, 'All-American Muslims" would be cancelled due to advertisers, under pressure from a right fringe group complaining that the evil side of muslims was being hidden & that the whole show was propaganda, pulled out of the show.

he had it wrong. in fact the network is hoping that all the uproar will help the show's ratings. but i still cringe at the mention of that much hatred, that much fear. and it started me thinking about how i usually saw this kind of hatred when it had been encouraged by someone for political reasons. and in this country it's the right that's pretty much the sole contender for the role.

so as i say, i started wondering about how that old genetic drive would come out now, if it were never aroused because someone thought they could benefit in terms of money and power by doing it. and i can barely conceive of it.

if we were never told, well, let's let the song from South Pacific say it best:
YOU'VE GOT TO BE CAREFULLY TAUGHT

we have learned much, in our 'modern' times, about how we no longer have a need to brainlessly act on every genetic imperative. we have been thrown together in shared experiences. is it possible for us to embrace those experiences, those people?

or is this actually something we can never accomplish? if we had the drive to create all these religions (which are all the same at base), all these empowered entities, maybe there is something integral to our very fiber about those boundaries, those fences, those tightly closed gates. 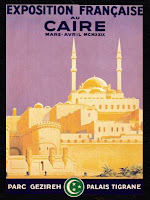 but then, when have you hated the most beautiful girl in the room, or the neighbor whose yard wasn't kept as you liked it? when have you behaved as primitively as a carefully taught being, and can you, could anyone, just not ever be taught?

i once saw in a shop that had a strong anti-ivory stance a postcard that said 'we are all elephants.'

today, we are all muslims.