AN EVOLVING, SUBJECTIVE TIMELINE of JAPONISME

1788
utamaro produces his series on insects in the garden;

hokusai paints 'the great wave' as part of '36 views of mt fuji'; 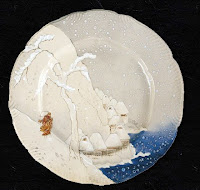 1863
whistler discovers japanese prints in london and becomes an emissary for japonisme in europe; 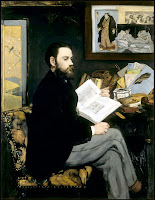 1868
manet paints zola with japanese prints on his wall

1876 monet paints his wife in a red kimono 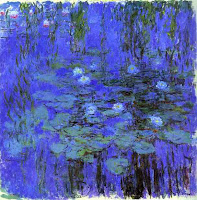 1883monet moves to giverny and begins to create the japanese garden he will paint for the rest of his life.

1885
gilbert and sullivan produce the mikado; 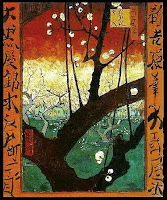 1893 munch paints 'the scream';
Aubrey Beardsley design published in the first issue of the magazine The Studio.;

mackintosh begins his school in glasgow; 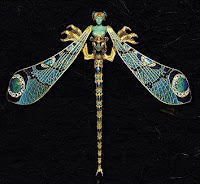 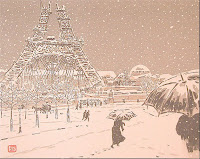 1902riviere produces set of prints '36 views of the eiffel tower' based on hokusai's '36 views' series; note that the tower is almost always shown with no top, so it resembles fuji.
1903 whistler dies;
the wiener werkstatte is founded.

(i'll continue to work on this, only re-publishing after significant changes. it seems, i'm noticing how the year 1900 really did seem an important marking point. i'm going to start part II of this timeline when i feel satisfied enough -- for the moment -- with part I. I'll reproduce the items from 1900 on in that topic.

as we've discussed, "The Japanese government let Perry come ashore to avoid a naval bombardment. Perry landed at Kurihama (in modern-day Yokosuka) on July 14, 1853 presented the letter to delegates present, and left for the Chinese coast, promising to return for a reply. 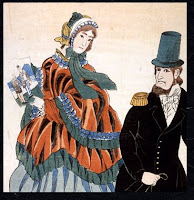 Perry returned in February 1854 with twice as many ships, finding that the delegates had prepared a treaty embodying virtually all the demands in Fill- more's letter. Perry signed the Convention of Kanagawa on March 31, 1854." 1

by at least 1861, the flood of western visitors seemed unavoidable (great website about all of this). japanese artists portrayed what they saw through the filters of their own culture and art. 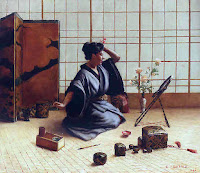 a few of the western visitors, painters, were powerfully drawn to what they saw not only as beautiful but also as as a counteractive to the industrial revolution; they decided to stay. these western artists portrayed what they saw through the filters of their own culture and art. 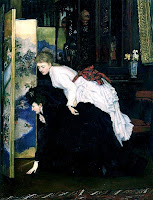 these were the early 1860s, the years of the very beginning, in france, of impressionism (a part of japonisme). the impressionists had to show independently because the academy felt they did not quality to be shown as fine art. their work just wasn't as classic, even as photo- graphic, as it had been during the victorian age, even the pre-raphaelite period, and as they felt it must be to be "fine art."

so it was still this academic style that these painters were bringing with them when they landed in japan, and with which they continued to display their new loves: the land and the people of japan. had they stayed in the west, they might still have continued to paint this way as did whistler and tissot, and others, many of whom began featuring japanese items in their work.

the painters in japan included robert blum, frank dillon, armand lachaise, charles wirgman, and more. in the victorian academic style of painting their contemporaries who'd stayed in the west, painted the shops, and the people, and the daily lives in japan.

next: we'll begin to watch as the intermingling really began. we've already looked some at how the west began to incorporate much of the style of the japanese artwork up to this time. now we'll also look at what started happening with the japanese artists, and learn a little more about the westerners who stayed.

posted by lotusgreen at 2:49 PM 4 comments