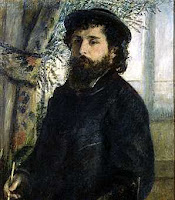 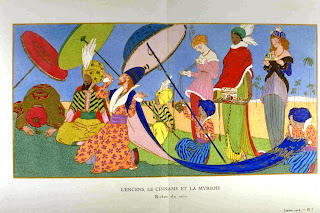 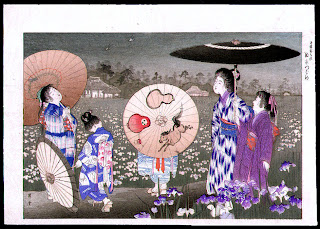 a people should not appropriate what belongs to another race; in so doing, they are apt to make stupid mistakes. 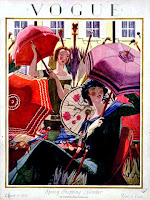 there would soon be a kind of universal art, without any individual characteristics.

posted by lotusgreen at 3:26 PM 0 comments 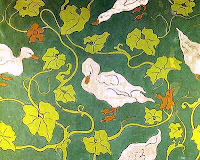 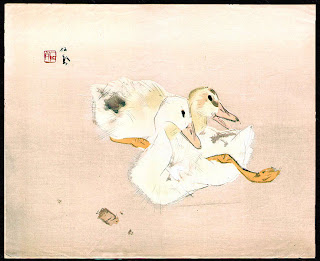 Ocean waves are dark,
only calls of ducks
faintly lighten in the sky. 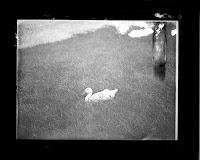 Dusk falls upon the sea as
ducks call
faintly in the whiteness. 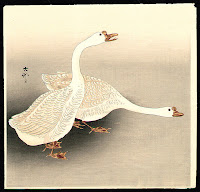 The sea darkens;
the voices of the wild ducks
are faintly white.

The sea grows dark.
The voices of the wild ducks
turn white.

posted by lotusgreen at 5:36 PM 6 comments

It is the one he chooses,
Yellow, plump, a little bruised
On one side from falling.
That place he takes first. 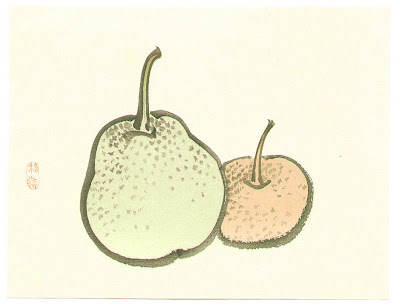 I
Opusculum paedagogum.
The pears are not viols,
Nudes or bottles.
They resemble nothing else.

II
They are yellow forms
Composed of curves
Bulging toward the base.
They are touched red.

III
They are not flat surfaces
Having curved outlines.
They are round
Tapering toward the top.

A delicate fabric of bird song
Floats in the air,
The smell of wet wild earth
Is everywhere.

Red small leaves of the maple
Are clenched like a hand,
Like girls at their first communion
The pear trees stand.

Oh I must pass nothing by
Without loving it much,
The raindrop try with my lips,
The grass with my touch;

For how can I be sure
I shall see again
The world on the first of May
Shining after the rain?

posted by lotusgreen at 3:03 PM 2 comments the prints are old and the wallpapers are new, then, as now, the designs, the colors wake us, warm us, cheer us and make us glad.

an element always interesting to consider, but never wholly knowable, is intent. even the person who believes they know their own intent may not. so how to speak of the international flow and flux of art and ideas. 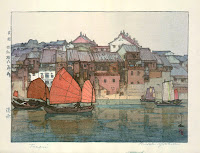 to what extent, and i'm sure it was some, was the west's fascination with japan and all things japanese a search for (the illusion of) the simpler life. the industrial revolution had made cities louder and dirtier; how attractive then the 'peaceful'

(unencumbered by the last two century's innovations) images of that eastern nation, or even the coasts and countrysides of their own.

even the japanese, meiji period on out, designed to that desire in the west, so here we have japanese art from that period, plus several, again, of the pictorialist photographers who, along with their leader stieglitz, were busy making a new branch of art.

how much of this all was 'conscious,' the grasp and re-creation of a more bucolic reality than ever may have existed? and to whom?

posted by lotusgreen at 1:44 PM 3 comments

via the wonderful estampes japonaises

posted by lotusgreen at 6:32 AM 2 comments 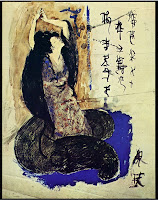 along with sarah bernhardt, loie fuller, misia, and cleo de merode, sada yacco captured the imagination and the hearts of artists and the public alike during the time of the early century. 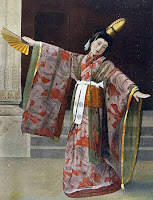 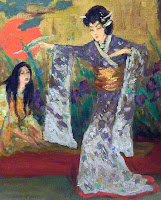 known as japan's first female actor, she then parlayed her fame with a world-wide tour. she danced with fuller in fuller's own theater,
and brought over her own troupe of japanese players. 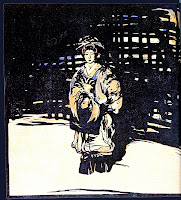 (here read the inter- view with ms. sada- yakko by yone nogu- chi. and find many photos of sada (and fuller) at the 1900 world exposition in paris. by the way, the painting of sado in a lavender kimono is by Tavik Frantisek Simon, whose work we saw here.)