japonisme: the birth of modern art

at princeton a group of students in a class called
'Impressionism & the Making of Modern Art
have created a wonderfully comprehensive website
which touches down into japonisme quite often,
most notably in the cases of whistler,
monet, cassatt, bonnard,
and van gogh.

posted by lotusgreen at 3:22 PM 0 comments

yet another of the metropolitan museum's wonderful exhibitions that deal with artists with a strong, clear sense of japonisme in their work.
see selections from the exhibition here
"At the turn of the last century a group of artists that included Bonnard, Denis, Roussel, Vuillard, and their circle—known as the Nabis, from the Hebrew word for prophet—took up the call to move beyond conventional easel paintings...."

more about the nabis later....

in this image by bonnard, note the flat fields of color, and the emphasis on the patterns on her dress. further, note the lines of the images, the woman, the dog, the tree, all with a grace, a line, heretofore unseen in western artwork.

posted by lotusgreen at 9:59 PM 0 comments

the history of japonisme 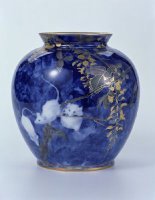 one preliminary, interesting, discussion of the arrival of the japanese aesthetic to the west can be found here.

a wonderful introduction in the form of a review by the director of the center for the study of japonisme at rutgers, phillip cate, of a book on the formost progenitor of japonisme, of l'art nouveau (his shop in paris), s. bing. here.

one printmaker from the height of the japonisme movement in paris whom i adore is henri riviere. he's painting france, but he's doing it in a medium and style which are both very japanese.

i am wondering if any of the distinctions i made yesterday hold any validity. i haven't heard anyone else say them, and i keep thinking of exceptions. still, i think it's interesting to explore this stuff, by which i''ve been obsessed for 40 years, out loud. 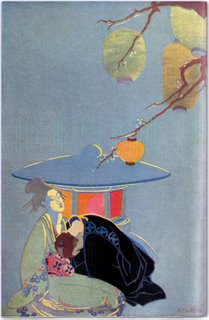 this beautiful illustration from 1918 is the frontpiece for the first book Dorothy Pulis Lathrop ever illustrated. she would go on to become the first winner of the caldecott prize for illustrations for a children's books.

this book is called 'japanese prints,' by john gould fletcher (which i took out of the library). it's a series of poems of varying quality, but i find the one opposite this illustration kind of interesting:

of what is she dreaming?
of long nights lit with orange lanterns,
of wine-cups and compliments and kisses of the two-sword men.

i would call this 'japonaiserie' rather than 'japonisme' because the latter is western work, generally, done with japanese design and execution standards. japonaiserie, rather, is more like chinoiserie: western work which mimics the work from one of these two asian countries.

i don't mean to imply that there is a hard, fast rule, a line that everything falls on one side of or the other. also, both movements occurred in the same era, the end of the 19th century (a time when the west was being flooded by goods from japan for the first time in 250 years), and the beginning of the 20th.

so i would suggest that this image is quite a western one of an exquisite asian theme.

posted by lotusgreen at 6:14 PM 0 comments 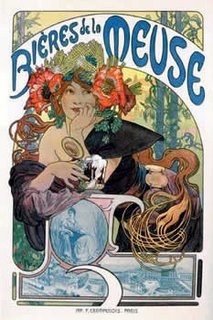 roll the clock back, though, 15 or 20 years, and there i am a young hippy hitting san francisco for the first time. also for the first time, posters from the art nouveau period were being mass-produced, and were quickly selling through head shops around the world. not for 75 years had there been such interest in the art from that era, and now it had exploded once again.

i'll never forget walking into a crowded little store on upper grant street in north beach, in san francisco, and seeing this poster.

that moment changed my life.

posted by lotusgreen at 8:36 PM 0 comments 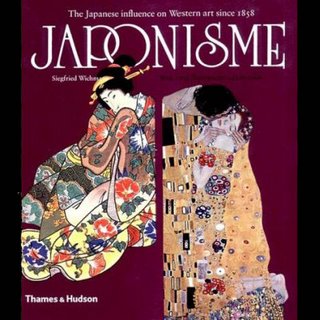 first time i heard the word, was when i saw this book in the gift shop of the berkeley art museum, 1981, while i was there delivering the very first issue of a magazine i was publishing at the time (yellow silk).
for some reason i can recognize but not explain, my first reaction was, "yeah, sure. people are always trying to see things that aren't there, just to sell a book.

by the time, a couple of years later, that i not only "got it," but felt more passionately about it than i could imagine, the book was nowhere to be found. even it's publisher who was also my publisher had no copies.

my first day in paris i went to l'orangerie (the basement of which is the closest thing to church i've ever been in) and there at the bookstore, i found this book. even a momentary glance would convince the most heedless sceptic; the more one reads, the more one sees: 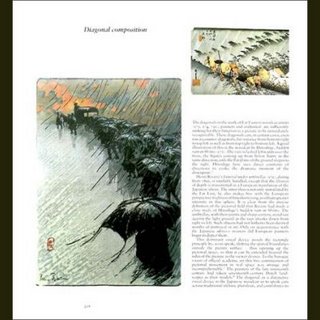 fortunately the book has now been reprinted in paper and is available once again.

posted by lotusgreen at 1:43 PM 2 comments