falls apart in the perfume 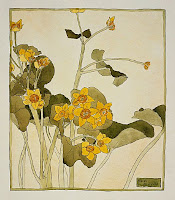 Hear me a moment. Laureate poets
seem to wander among plants
no one knows: boxwood, acanthus,
where nothing is alive to touch. 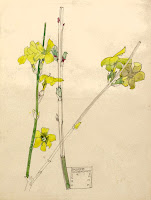 I prefer small streets that falter
into grassy ditches where a boy,
searching in the sinking puddles,
might capture a struggling eel. 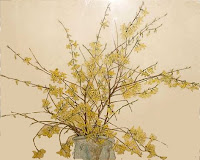 The little path that winds down
along the slope plunges
through cane-tufts
and opens suddenly
into the orchard
among the moss-green trunks
of the lemon trees.

Perhaps it is better
if the jubilee of small birds
dies down, swallowed in the sky,
yet more real to one who listens,
the murmur of tender leaves
in a breathless, unmoving air. 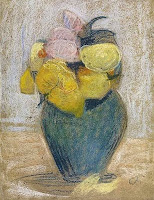 The senses are graced with an odor
filled with the earth.
It is like rain in a troubled breast,
sweet as an air that arrives
too suddenly and vanishes. 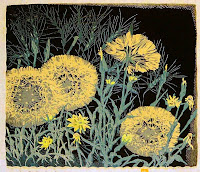 A miracle is hushed; all passions
are swept aside. Even the poor
know that richness,
the fragrance of the lemon trees.

You realize that in silences
things yield and almost betray
their ultimate secrets.

At times, one half expects
to discover an error in Nature,
the still point of reality,
the missing link
that will not hold,
the thread we cannot untangle
in order to get at the truth.

You look around. Your mind seeks,
makes harmonies, falls apart
in the perfume, expands
when the day wearies away.
There are silences in which one watches
in every fading human shadow
something divine let go. 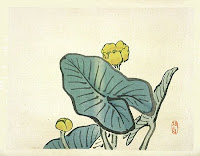 The illusion wanes,
and in time we return
to our noisy cities where the blue
appears only in fragments
high up
among the towering shapes.
Then rain leaching the earth.
Tedious,
winter burdens the roofs,
and light is a miser, the soul bitter. 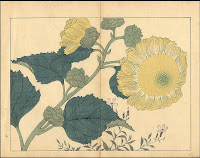 Yet, one day
through an open gate,
among the green luxuriance
of a yard,
the yellow lemons fire
and the heart melts,
and golden songs pour
into the breast
from the raised cornets of the sun.
Eugenio Montale

posted by lotusgreen at 4:25 PM 5 comments

In Japan, April’s cherry blossoms signal a symbolic beginning, a new stage in life. On April 6th, along with school children across the nation, Iwaki City, within the 40 km radiation exclusion zone, held many school entrance ceremonies for elementary, middle and high schools.

Iwaki's Yumoto Daini Middle School’s ceremony was a bit different: not only were there 33 new students, but refugees living on the school grounds and some members of the Self Defense Force also attended. Overall 107 people participated in the ceremony. Headmaster Sawai Shiro may have exceeded his authority in taking the humanitarian step of granting permission for the refugees to remain on campus as the school year begins, at the risk of being punished later for breaking rules.

Local sources report that in the first week or so after the nuclear crisis began, Iwaki City experienced difficulties in receiving supplies like food and fuel because many agents refused to deliver.Since early April, refugees who had evacuated outside the prefecture started returning. Restaurants in downtown Iwaki are reopening and many convenience stores boast reasonably well-stocked shelves, while gas, water and electricity have been restored. Iwaki City has repeatedly confirmed that “radiation is at a stable level which is not harmful to human health.” Iwaki officials explain that this judgment is based on figures provided by the Fukushima prefectural government regularly updated since March 11. 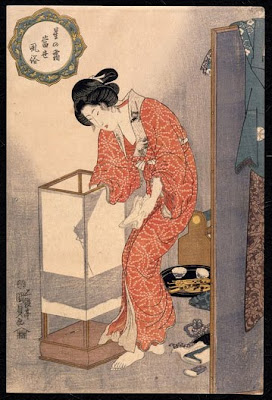 Principal Sawai began his welcome speech by saying, "I am glad to be able to confirm that all 33 new students are participating in this ceremony amidst a disaster that had forced many people to leave Yumoto.""In our district,” he continued,“some people survived by drinking water from their bath for weeks as there was no running water. I want you to care for each other especially for anyone who is in trouble." He concluded, "You young students, are the future of Japan. Now, we should be bound as one beyond differences in ideas, position or self interest."

Following the principal’s speech, the school’s doctor in his white coat stated matter-of-factly that, based on science, people should know that the worst of the earthquake damage had passed and that radiation leakages from the Fukushima Daiichi plant were decreasing and would soon fade away.

“The radiation problem is already finished,” he told the children and their parents. “You can go to school and go outside without any problem. You should not fear malicious gossip.”

While the doctor’s assurance that all major risks have ended would certainly raise eyebrows among most people outside the prefecture, many locals share this belief. We note the difference in perspective between radiation experts and people assessing the issues at a distance and those on the ground facing the destruction of their livelihood. While rumors of the dangers of radiation continue to swirl, many locals are even more afraid that rumors will destroy their businesses and any hope of securing their livelihood and rebuilding their communities. 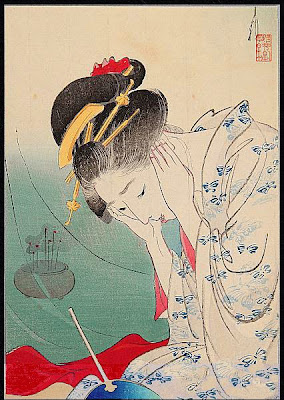 Ikarashi Yoshitaka, 33, is one who is particularly keen on restoring his business and the local economy, a goal that leads him to downplay warnings of radiation risk.“It is just an emotional thesis that ours is ‘a city in danger!’” he insisted. Together with dozens of volunteers from across Japan, Ikarashi has visited many areas throughout the radiation exclusion zone. He confidently asserts that his $600 made in U.S "Geiger counter" has detected no abnormal amount of radiation.

Ikarashi is troubled by the fact that the milk business he manages suffered a 90% drop in sales as a result of radiation fears. Some farmers have been forced to throw away their milk, and at least one local farmer is rumored to have committed suicide over the ruin of his business.

Following the government announcement of level 7, Ikarashi observed that “residents will not listen; they don’t trust the government. The greatest concern for locals is to restore their towns and I’m doing my best to restore Iwaki City.”

Honma Hiroshi, 56, on patrol with the SDF in Iwaki comments: “I’m surprised that local people are so calm. Even within the 30 km radiation exclusion zone, they don’t even wear special anti-radiation clothes (Taibex). Even after the level 7 announcement, there has been no panic in the city."

Desperation over the destruction of the local economy appears to have provoked an unscientific optimism concerning radiation in some local communities struggling to get back on their feet. 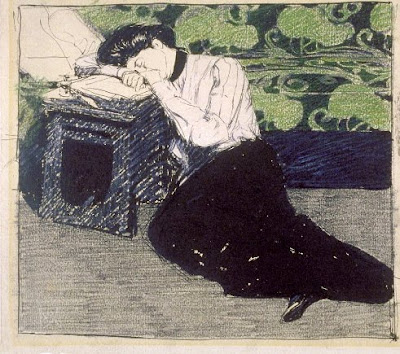 posted by lotusgreen at 4:34 PM 5 comments