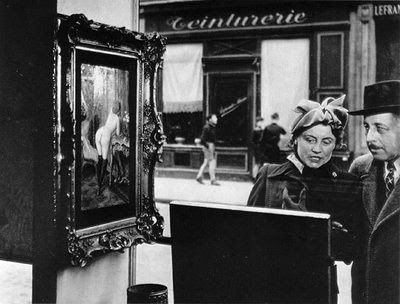 thanks to nathako at cosmopolitan stories. i always feel slightly tipsy when i try to read a french site, even with a translator. so i can't tell for sure if this is from a film, or from the period (the quality of the photograph, and her make-up, don't look like they're as old as the painting).

nevertheless, it's an interesting glimpse, this photo, into some of the effect this 'nouveau' movement might have been having on the not-so-nouveau people. 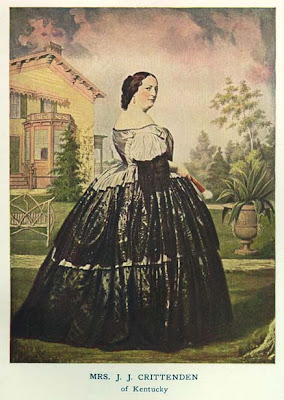 since we are so used to seeing it, i would like to remind you that pattern-printed, colorful clothing on women was not the stuff of illustration, nor of, well, clothing.

nor were highly stylized images of nature. here in the 1850s image we have some sketching in of nature, but with an eye towards 'natural,' sort-of. 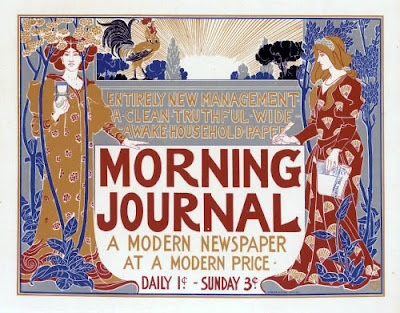 but in rhead we have an unconscious, or subconscious, or just plain exuberant exploration of color and design unseen in western illustration until the influence of japanese art. 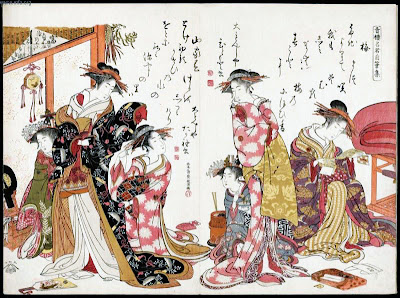 an interesting question might be, what is it in the japanese culture (pictured here by masanobu kitao) that the vibrant fabric was the norm? prints are so often awash with what to our eyes might be considered wildly competing motifs, with ornament and hue brought together in what to us may seem confection; what then, to the japanese?

posted by lotusgreen at 1:23 PM 6 comments 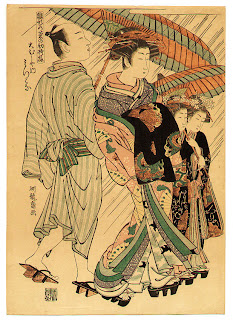 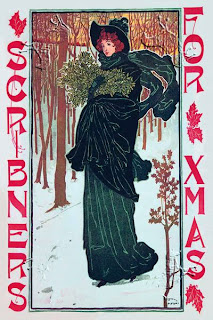 in all the websites, books and articles i've read, i can't find anyone saying, those rhead brothers sure had a great collection of japanese prints, or, they sure went to japan a lot.
it was no longer necessary to be 'specifically' a collector, a specialist, or an expert about japanese art because japanese art had become part of the water in which we fish swim. the lessons learned had jumped

from theoretical to 'how things are.'

"Asian aesthetics, transmitted in part through Japonisme—the vogue for Japanese art, architecture, and decorative arts—reinforced a respect for the inherent properties of natural materials and encouraged the use of simplified forms, flattened perspectives, and asymmetry."1 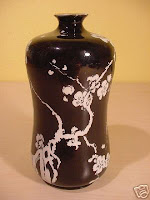 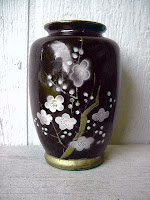 the brothers' family, originally from england, was made up of potters, and incorporating japanese designs into their work was well-known internationally. both moved to the us where frederick rhead continued the family tradition and became a potter. 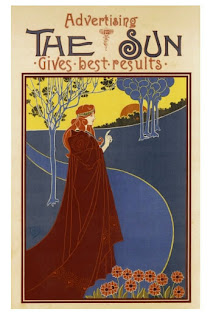 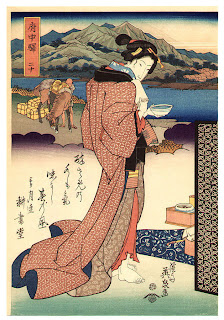 louis rhead was one of the three illustrators (with will bradley and edward penfield) to lead the procession when it came to japanese influences to the graphic arts in the us. in addition to being a poster maker, he was the editor of the japanese special issue of 'the art interchange,' a popular magazine devoted to arts and decor.

the rheads' british education had given them a broad introduction to the arts & crafts style (which, along with 'liberty style,' was england's 'art nouveau"), which translated well to the design aesthetics spreading across the world.

posted by lotusgreen at 6:18 PM 0 comments

the coming of the cats 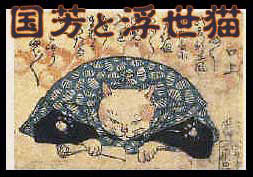 "Two common embodiments of the cat in Japanese mythology are at two extremes. There is the cat god of lightning, a frenzied creature called Raiju, who leaps frantically from tree to tree in a thunderstorm, scratching the trees with its razor-sharp claws and creating the sound of thunder. 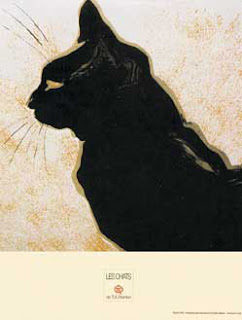 Then, there is the cat god of good luck—Maneki Neko, who sits beneficently with its paw raised, and has become absolutely ubiquitous in countless shops and homes. In the complex history of this myth, the gesture of the raised paw may be based on images of cats washing their face—an action they sometimes perform in the company of strangers. At some point, a link was made between a cat washing its face and the presence of visitors; as time went on, it became causal—the sight of a cat washing its face could actually mean visitors were coming. From there came the next step: that a cat washing its face would invite visitors, much like an inviting hand." 1 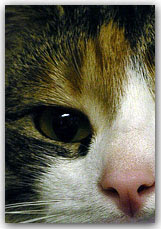 i am readying the house
for her arrival on tuesday

(i believe the first one is by kuniyoshi, and the second is steinlen.
the third, i think her name may be ruby belle but i have to wait until she tells me.)