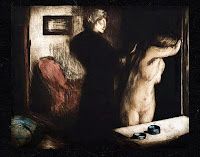 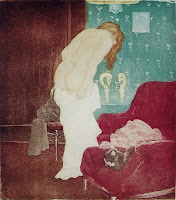 there's so much to say about today's selection of images, but i won't say it all because to tell you the truth i am simply not interested in who patented what technique and who showed what when. i shall remind you, though, that what all of these artists were doing at that moment of time was nothing short of revolutionary in that they were breaking free of the academy's formal classicism. though each has his own distinctive style, they are clearly friends and brothers, and students of the new japonisme that facilitated that break. 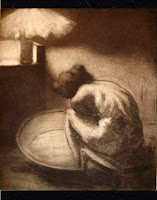 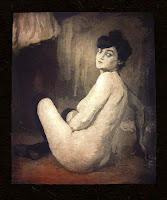 a woman moves through dog rose and juniper bushes,
a pussy clean and folded

between her legs,
breasts like the tips of her festive shoes
shine silently in her heavy armoire. 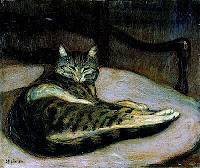 one blackbird, one cow,
one horse.
the sea beats against the wall of the waterless.
she walks to a phone booth
that waits
a fair distance from all three villages.

it’s a game she could have heard on the radio:
a question, a number,
an answer, a prize.
her pussy reaches up and turns on the light in her womb.

from the rain,
she says into the receiver,
we compiled white tables and chairs under a shed
into a crossword puzzle
and sat ourselves in the grid. 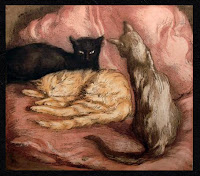 the receiver is silent.
the bird flounces
like a burglar caught red-handed.
her voice stumbles
over her glands.
the body to be written
in the last block—
i can suck his name
out of any letter. 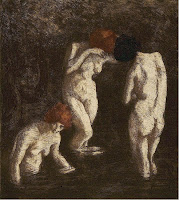 all three villages cover their faces with wind.

posted by lotusgreen at 6:36 PM 8 comments