For it has well been said that the most wonderful aesthetic products of Japan are not its ivories, nor its bronzes, nor its porcelains, nor its swords, nor any of its marvels in metal or lacquer—but its women.

thus opens an essay by narrelle morris in a fascinating resource on the web, intersections. i'll quote here from several issues, but point out on my own that as women begin to picture themselves, in the early 20th century, they were finally standing up straight. 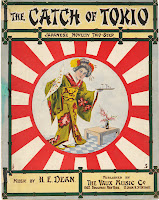 Since the mid- nineteenth century, there has been an enduring relationship between Western imaginings and the Japanese woman. Dressed in kimono and made up as a geisha, she has often been used in illustrations and cartoons as an archetypical gendered symbol of her country, often to the exclusion of all other symbols.... 1 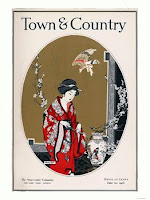 The 'Exotic Asian Woman' construct is most widely articulated in the figure of 'Madame Butterfly', the Japanese child 'bride of convenience' who loses all for the sake of her American lover. Its use in contemporary media and art forms resurrects ghosts of biological determinism and social/racial hierarchies of the mid and late nineteenth century, when Asians were situated (by European anthropologists) below Caucasians, but above 'Negroes' in categories determined by skull capacity, intellectual ability, skin colour and language quality. 'Negritude' constituted an evolutionary link between apes and humanity. The brains of 'Negroes', women and children were deemed to be roughly of equal size and quality, which may explain why early male travellers often described Asian women as 'dolls', giggling, superficial, and frivolous... 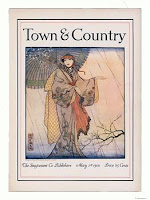 The Madame Butterfly/exotic oriental woman trope is used interchangeably with the concept of a 'China Doll'. Asian women on display have much in common with dolls: they share a displaced humanity, do not think for themselves and are perceived as passive objects of play, who have been selected, purchased and disposed of at will, both in traditional, indigenous practice and by Westerners seeking exotic pleasures at bargain prices. 2

posted by lotusgreen at 8:51 AM 0 comments

Oh it's a long long while from May to December

But the days grow short when you reach September

When the autumn weather turns leaves to flame

One hasn't got time for the waiting game 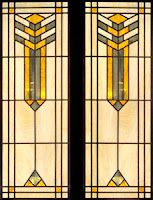 Oh the days dwindle down to a precious few

These precious days I'll spend with you.

posted by lotusgreen at 5:04 AM 2 comments 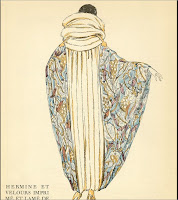 yesterday's post, on the imagist movement in poetry, said, "As part of the modernist movement, away from the sentimentality and moralizing tone of nineteenth-century Victorian poetry, imagist poets looked to many sources to help them create a new poetic expression." 1

Pictorialism and Photo-Secession was the movement in photo- graphy which sealed the break from older photographic traditions and opened a new world of possibilities for the camera arts. 2

In central and Eastern Europe, the titles Jugendstil (youth style) and Secession style both suggested a sudden and refreshing break from earlier design conventions. 3

The welcome fresh- ness and free- dom of Art Nouveau's treatment of natural and floral themes amounted to a dramatic break from the era's dominant classical and revival styles, which drew their inspiration from the past and used natural designs sparingly and rigidly, if at all. 4 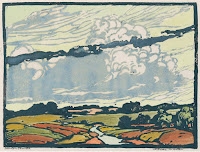 What some people called decadent, others called modern. The Fauve painter Andre Derain complained that "we are the mushrooms on ancient dunghills."


But the dunghills produced the art and literature of the modern age, with their deliberate and unprecedented break from history and tradition. 5 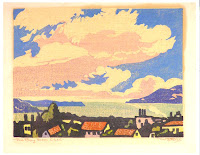 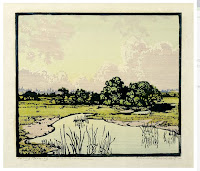 and music, and dance, and philosophy, and fashion..... all of the movements of the next to last fin-de-siecle are described as "a break from" something.


i begin to think of all japonisme, perhaps all social movement at all, as being at heart, essentially, generation gap restructuring.

posted by lotusgreen at 1:29 PM 2 comments

Imagism flourished in Britain and in the United States for a brief period that is generally considered to be somewhere between 1909 and 1917.

As part of the modernist movement, away from the sentimentality and moralizing tone of nineteenth-century Victorian poetry, imagist poets looked to many sources to help them create a new poetic expression. 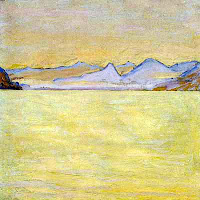 For contemporary influences, the imagists studied the French symbolists, who were experimenting with free verse (vers libre), a verse form that used a cadence that mimicked natural speech rather than the accustomed rhythm of metrical feet, or lines. 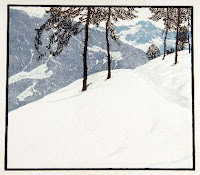 The ancient form of Japanese haiku poetry influenced the imagists to focus on one simple image.

Greek and Roman classical poetry inspired some of the imagists to strive for a high quality of writing that would endure.

T. E. Hulme is credited with creating the philosophy that would give birth to the Imagism movement.

Although he wrote very little, his ideas inspired Ezra Pound to organize the new movement. Pound’s “In a Station of the Metro” is often given as one of the purest of his imagist poems. 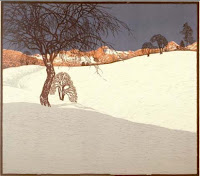 Amy Lowell took over the leadership role of the imagists when Pound moved on to other modernist modes.

Her most anthologized poems include “Lilacs” and “Patterns.”

Other important imagist poets include Hilda Doolittle, whose poem “Sea Poppies” reflects the Japanese influence on her writing, and her “Oread” is often referred to as the most perfect imagist poem. 1

the influence that dare not speak its name 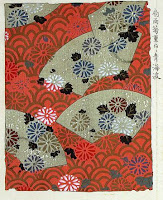 Vienna was a center of cre- ative activity between 1897 and 1932 with the emergence of the Secession and the Wiener Werkstätte. 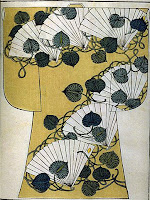 These artists' associations were intended to challenge the prevailing conservative and historicizing tendencies of many Vienna artists and exhibitions.

Participants also strived to encourage among the public a heightened sensitivity to, and appreciation for, culture and the arts in everyday life. 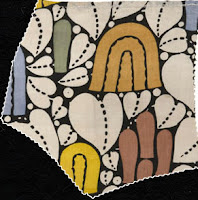 The line be- tween fine and ap- plied arts be- came blurred, and the concept of Gesamtkunstwerk, or unified work of art, was introduced. This resulted in a full range of objects and furnishings being designed for specific interiors to create a unified, harmonious ensemble. 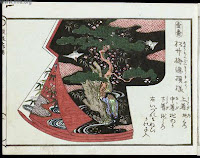 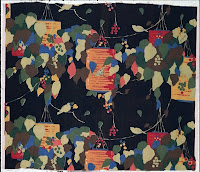 The founding group of young artists who formed the Secession included the architect Josef Hoffmann, the painter Koloman Moser, and the painter Gustav Klimt, who was elected president. 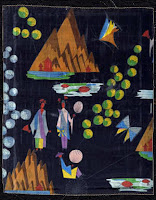 Workshops for painters, cabinetmakers, gold and silversmiths, jewelry makers, leather workers and bronze founders thrived during this era. Wiener Werkstätte fabrics were designed by a multitude of talented designers and were then produced on an industrial basis.

The goal of this intimate, focused exhibition is to examine the artistic values and development of the Secession and Wiener Werkstätte through textiles, one of the most resonant and revealing aspects of artistic creativity of the time and a key element in the realization of Gesamtkunstwerk. .....................................

(...and there was an influence they forgot to mention.... textile museum washington dc)

posted by lotusgreen at 4:56 PM 0 comments