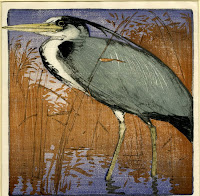 Tired and hungry,
late in the day, impelled
to leave the house
and search for what
might lift me back to what I had fallen away from,
I stood by the shore waiting. 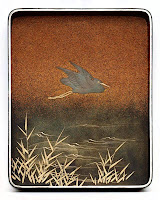 I had walked in the silent woods:
the trees withdrew into their secrets.

Dusk was smoothing breadths of silk
over the lake, watery amethyst fading to gray.

Ducks were clustered in sleeping companies
afloat on their element as I was not
on mine. I turned homeward, unsatisfied.

But after a few steps I paused, impelled again
to linger, to look North before nightfall — the expanse
of calm, of calming water, last wafts
of rose in the few high clouds. 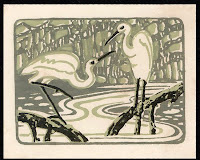 And was rewarded:
the heron, unseen for weeks, came flying
widewinged toward me, settled
just offshore on his post,
took up his vigil.
If you ask
why this cleared a fog from my spirit,
I have no answer.

heron on a post
gazing down, it seems
at dewdrops

posted by lotusgreen at 8:23 PM 0 comments

from ANIMALS ARE MY LIFE

A terrible event was soon to be the subject of another cable. In his big carnivores group Richard Sawade had a young tiger which he had brought up from infancy. It was called Nik and was his great pet. It used to go round with him like a big sheep-dog. But one evening none other than this tiger attacked him and ripped up his shoulder and upper arm. 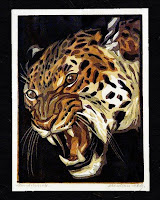 Fortunately, Sawade was able to grip a bar of the cage with the other hand, and, being a man of athletic strength beyond the ordinary, he succeeded in preventing the animal getting at his neck. His fearless assistant, Rudolf Matthies, came running up and as close as possible fired blank cartridges into the tiger's jaws, and the wooden cap of the cartridge, at that short range, hit the animal. 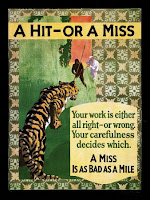 Indeed, some splinters also wounded Sawade in the back, but the necessary result was achieved the tiger at once began to gnaw at its own wounds, and with his wooden pole Matthies could drive the animal away.

We all held our breath. Slowly, Sawade loosened his hold on the bar. Everybody expected him to fall. But, his face contorted with pain, he now went back into the ring, drove all his animals out of the central cage, bowed rather curtly, and only then, streaming with blood, collapsed in the paddock. 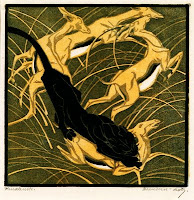 Thank Heaven, medical aid was immediately at hand. The surgeons of the German hospital saved his life. For weeks he lay, terribly hurt, struggling against the blood poisoning which is so frequently a complication of carnivorous animal wounds. A lung inflammation hindered the recovery, which this brave man -- later general manager of our travelling circus -- owed solely to iron will and an iron constitution.
A carnivorous animal always remains a carnivorous animal. Whether caught fully grown or brought up from infancy on the bottle makes no difference whatsoever. Gratitude and faithfulness are virtues in our human ambit of emotions, and not to be imagined unconditionally into animals, which are in the power of other instincts.

After this accident, Rudolf Matthies took over Sawade's animal group, from which of course I removed the attacker. Matthies not only did his outstanding teacher every honour, but himself became a first-class tiger trainer, the only one, indeed, later to be awarded the German Animal Protection Medal.

posted by lotusgreen at 6:04 AM 9 comments 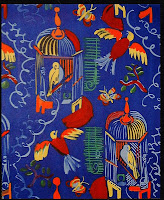 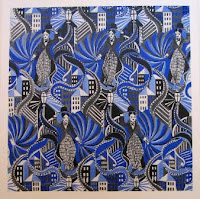 to believe,
in early summer,
when that first performance

seems repeated daily.
Though wouldn’t it mean
each fracturing took us 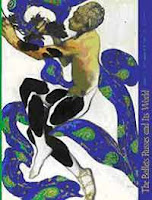 that much further
from heaven?
Not in this town,

a long argument
of lilac shadows and whites
as blue as noon:

phrasebooks of day,
articulated most of all
in these roses,

which mount and swell
in dynasties of bloom,
their easy idiom

a soundless compaction
of lip on lip. Their work,
these thick flowerheads? 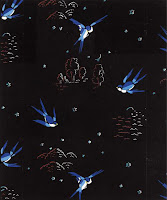 Built to contain
sunlight, they interrupt
that movement just enough

to transfix in air, at eye level,
now: held still, and shattering,
which is the way with light: 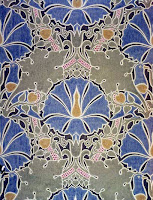 the more you break it
the nearer it comes to whole. 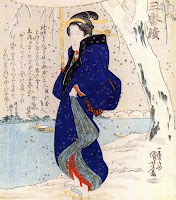 posted by lotusgreen at 6:48 PM 6 comments