i have begun to explore today the occurrences of japonisme in russia. illustrated here are two pieces from ivan bilibin, who embraced in his work all of the trademarks of the style, and one, or i should say 'yet another,' poster for the musical 'the geisha.' 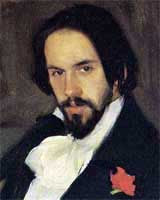 but i have found that the poetry movement was effected as well. anna akhmatova was known to have adopted the thinking of what they called 'acmeism.' in the description below, doesn't it sound very much like a combined attitude of craftsman philosophy and japanese awareness?: 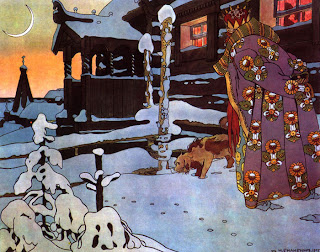 'Acmeism, a school in modern Russian poetry, formed after fracturing away from Symbolism -- then the dominant school of the Russian literary scene, which often used words as symbols to express high romanticism in the prophetic and portentousness of the beyond. To the Acmeist, the role of the poet was not to be an oracle or a diviner but a skilled worker. They revolted against Symbolism's vagueness and attempts to privilege emotional suggestion over clarity and vivid sensory images. ...the manifesto for Acmeism... calls for poets to seek beauty in the natural and physical world of their environment -- to be industrious in language and vision in order to reflect the realness of the subject.' 1 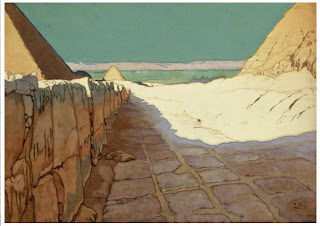 i could only find two poems online of anna akhmatova's for which i liked the translations, so while this poem's subject may have nothing to do with this blog's central ideas, perhaps, if we can listen solely to the language, we will hear the clarity that the description predicts. 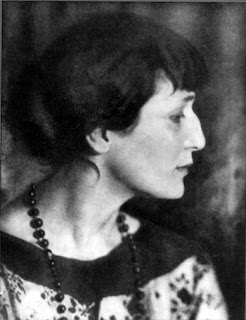 And the just man trailed God's shining agent,
over a black mountain, in his giant track,
while a restless voice kept harrying his woman:
"It's not too late, you can still look back

at the red towers of your native Sodom,
the square where once you sang, the spinning-shed,
at the empty windows set in the tall house
where sons and daughters blessed your marriage-bed."

A single glance: a sudden dart of pain
stitching her eyes before she made a sound . . .
Her body flaked into transparent salt,
and her swift legs rooted to the ground.

Who will grieve for this woman? Does she not seem
too insignificant for our concern?
Yet in my heart I never will deny her,
who suffered death because she chose to turn.

posted by lotusgreen at 5:40 PM 4 comments

inheriting the wind, and the water...

hiroshige was a fireman. his family was too poor for him to try to make it on his own as an artist.


but he had had the artist's spirit since he was a child, and spent many years working, travelling, and being inspired by hokusai, slightly his predecessor.

the patience paid off because when he made it big, he made it with images from his travels; drawn from life, they were of great interest to a populace that was developing into a 'middle class,' one that travelled itself.

as we have discussed, while his work still appears to us as purely japanese, western artistic characteristics (shadows, reflections, and perspective) had begun to make an appearance in his work, along with great gradations of color--a result of
both his acquaintance with western art, and his involvement with a printing industry that was improving rapidly. 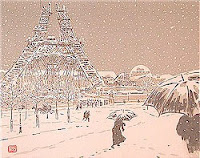 when we see the work of the yoshidas, of kawase hasui, of fletcher, phillips, riviere or any of the rest of the direct descendants of hiroshige's experimentation we have mentioned here, we can remember hiroshige's death poem:

i don't want to set
the world on fire.
i just want to start
a flame in your heart.1

(oh please please forgive me. the real one is here.)

posted by lotusgreen at 7:17 PM 4 comments 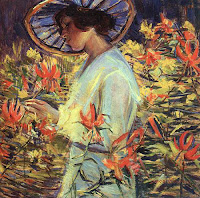 The garden has ignited.
It’s feverish. Even the white clematis
flutters with sun,

and the red lilies and coral bells
burn back at it. Windblown petals
of cardinals flash

across the buttery primroses:
a good year for gardens.
Everything shines.

I write this standing at my window.
I don’t go down into the garden.
From here I see everything 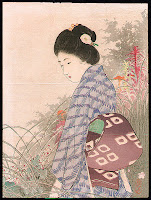 at once, all the flowers trapped
in color, in their showy, slow
ignition — petal, pistil, leaf and stamen

separating off. Perhaps
there is a way
out of such fiery

gorgeousness. It must
be wearing. Even at night
when I’ve gone blind
I hear this splendid confusion

of harmonics, what only can be
the sharp yellowing
of gloriosas, the speckle-

throated oranging
of the Canada lilies.

Is there anything new under the sun?
Certainly there is.
See how a bird flies, how flowers smile!

(i think it is also worth mentioning that since in both cultures, what was most often being painted were the upper classes, it is not surprising that this interest was shared.) 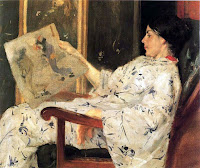 so while western women continued their affair with the kimono, 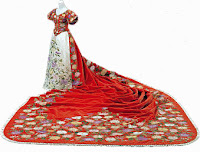 it has been sug- gested, however, that this change was not so much an embrace of western ways as the west was embracing some of theirs, but a sign to the west that they were up to date, and must be negotiated with as equals.

[it is said of the dress, using google's translator: "The large formal outfit was worn the occasion where from Meiji era it is New Year worshiping celebration and the like with the court clothes of the Showa game previous term. The collar opening is large, only the sleeve the train (pulls in the dress of the short sleeve and the hem) the fact that you attach is the feature."] 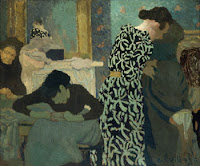 vuillard's mother, with whom he lived until she died at the age of 60, was a corsetmaker and seamstress. many of his paintings feature women dressmaking, or simply sewing, often to create a mood of serenity.

as it turns out, really only a small minority of japanese women dressed in western clothes, and even they, not counting the empress, returned to the kimono in short shrift, to the gratitude of the japanese men.

in the west, the tradition never ended.

posted by lotusgreen at 7:17 PM 7 comments 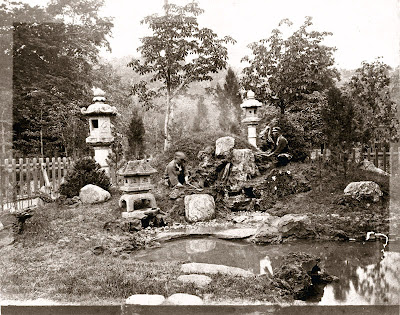 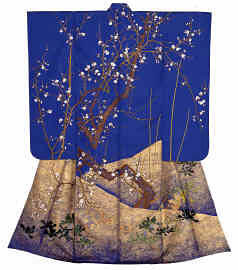 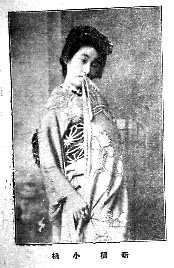 posted by lotusgreen at 9:48 PM 2 comments 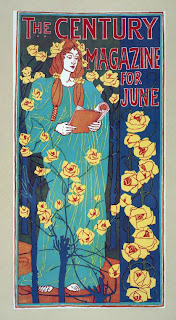 of course artists in the west started feeling like maybe they didn't need them as often as they had thought. 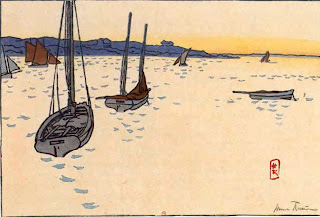 The crisis of tradition early in the twentieth century — signaled by the collapse of perspective in painting and tonality in music and evident in the explosive ferment of the avant-garde movements — opened a new stage of modern art, which aesthetic theory is still struggling to comprehend. David Roberts situates the current aesthetic and cultural debates in a wider historical frame which extends from Hegel and the German Romantics to Lukács and Adorno, Benjamin and Baudrillard. Art and Enlight- enment: Aesthetic Theory after Adorno is the first detailed analysis in English of Theodor Adorno’s seminal Philosophy of Modern Music, which can be seen as a turning point between modern and postmodern art and theory. 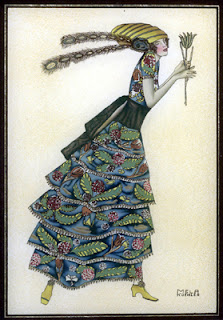 Adorno's diagnosis of the crisis of modernist values points back to Hegel's thesis of the end of art and also forward to the postmodernist debate. Thus the paradoxes of Adorno’s negative aesthetics return to haunt the current discussion by representatives of the second generation of the Frankfurt School, Anglo-American Marxism, and French poststructuralism. Going beyond Adorno's dialectic of musical enlightenment, Roberts proposes an alternative model of the enlightenment, of art applied to literature and exemplified in the outline of a theory of parody. In its critique of Adorno, Art and Enlightenment clears the way for a reconsideration of twentieth-century artistic theory and practice and also, in offering a model of postmodern art, seeks to disentangle critical issues in the discussion of the avant-garde, modernism, and postmodernism. 1

(i always wonder when not a word is mentioned about the japanese.)

posted by lotusgreen at 7:14 PM 5 comments 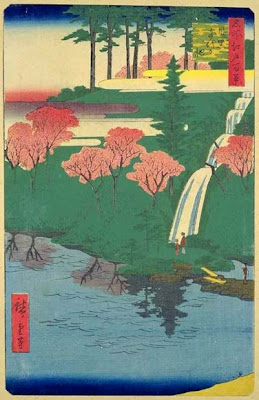 Meguro Chiyo-ga-ike, "Chiyoga Pond, Meguro." Chiyoga pond and a cascade flowing into it down a steep slope on which grow cherry trees in blossom, and bands of mist lying over them. Two girls standing at the foot of the fall admiring it. (Dated Dragon 7 =1856.)
Notable for the reflection of the trees in the pond, one of the few known examples. 1

Hiroshige attempts a complex realism of hue. He is the first of his countrymen to use perspective with freedom, if not always with accuracy. He is the first to defy established principles by drawing, if only rarely, cast shadows and reflections in water. 2 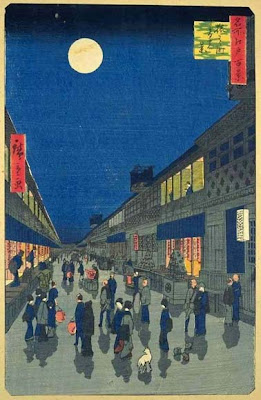 Saruwaka cho, Yoru Shibai, "Theatres by Night, Young Monkey Street." One of the best-known plates of the series. A full moon shining down upon the street, seen in perspective, lined with buildings on each side, and crowds of people promenading. This print is remarkable for the shadows cast by the moon, thus showing European influence in its design. (Dated 9th month, 1856.) 3 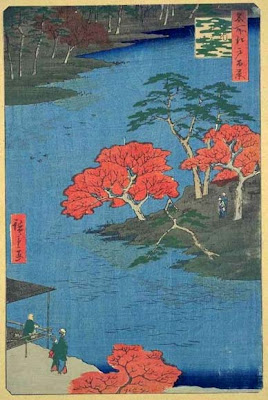 Ukiji, Akiba no keidai, "Akiba Temple Garden, Ukiji." In the lower left-hand corner is seen a small booth in which is seated an old man sketching (said to be Hiroshige himself), and a woman and girl standing close by, looking across to the trees on the opposite bank, the lake filling most of the view. European influence is again seen here in the reflection of the trees in the water. (Dated 8th month, 1857.) 4

a fascinating, if oddly unedited, discussion of this appears here.

while most suggest that these 'new conventions' were influenced by the meetings with the europeans, there are those who insist that the japanese powers of observation, obviously so strong in so many areas, had simply finally been brought to bear here as well. and still others declare certainty that perspective, shadow and reflection were always familiar to the japanese (and chinese) artists, but that the choice was ubiquitously made to ignore them.

we talked about the lack of shadows in the japanese woodblock prints, but there's also a problem with reflections. they're often, well, just wrong. either they're not there at all, or they're somehow inaccurate, or, for example, some lights might be reflected and some not. 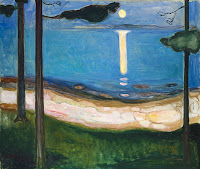 now, from a culture where every single blossom, every curl of a puppy's tail, every muscle on the face of the kabuki actor is observed and recorded, i find it somewhat incomprehensible that this is a deficiency in seeing.

so if not that then what? philosophy? how so, then? or artistic licence? there was a belief in what art should show and what it should not?

both shadows and 'as observed' reflections entered into the woodblock prints early in the twentieth century. could any of this have to do with the dearth of scientific knowledge in pre-meiji japan?

but then again, how did we not know about perspective until the renaissance?

As Erwin Panofsky puts it in his celebrated essay on perspective, "perspective, in transforming the ousia (reality) into the phainomenon (appearance), seems to reduce the divine to a mere subject matter for human consciousness. . ."1 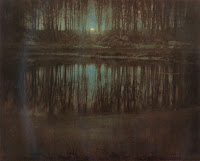 could this reasoning, or something like it, have been in asia as well?

(this last i post because when i saw this woodblock print, i was struck by its similarity to the photograph, one of steichen's first.)