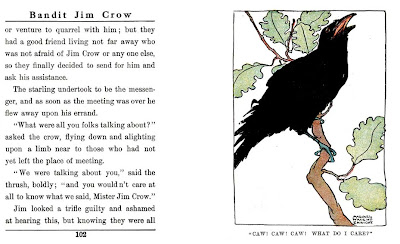 thus reads a short section of a collection of stories by laura bancroft called 'twinkle and chubbins.' 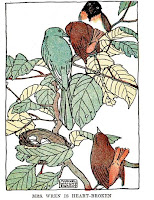 it was illustrated by maginel wright barney, someone who clearly had a knowledge of what was going on in japanese prints.

and well she should. her brother had quite a collection. his name was frank lloyd. 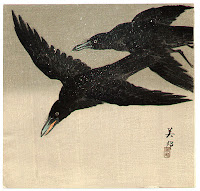 (interestingly, jays and crows are related as well.) 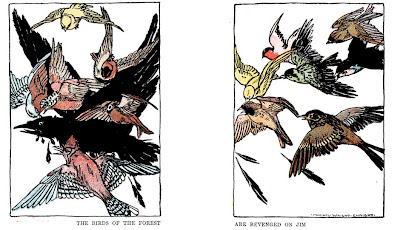 just as i had dis- cov- ered this little gem (which all of the rest of you probably knew already), pk ran a wonderful oz entry by l frank, with illustrations by ww denslow (seen here as well). so benefit by the wonderful links he, as is his wont, delivers to us.

and let me point you to the complete 'twinkle and chubbins.'

posted by lotusgreen at 3:00 PM 2 comments 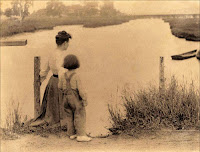 i've been look- ing at these ima- ges, trying to find images from before 1850, thinking about how women and children are pictured.

it seems that until that date, both were formal, in western images, but in japanese images, children seemed more like children. 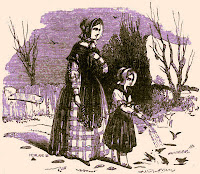 i have no conclusions at this point...


wondered about whether or not women and children were being seen as property in the west, but couldn't quite get my mind to fit around a concept of women being more 'equal' in japan....

so can you prove me wrong? have you got any guesses? any answers?

posted by lotusgreen at 4:21 PM 0 comments

(the following poem and images was assembled by an astonishing woman, imani. her discussion accompanying the poem is fascinating as well. she has clearly taken a lot of time and care with her choices; i, however, give you one or two from each post to which she linked. thank you.) 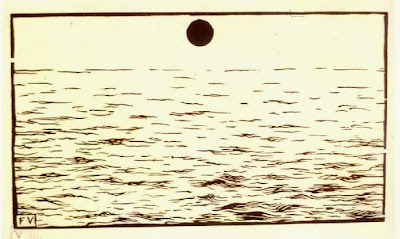 This beauty that I see

– the sun going down


whips them as it 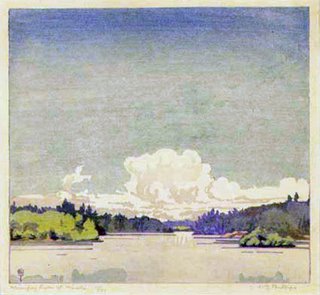 would ship a cloud –

is passing so swiftly 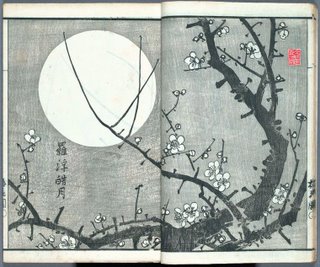 into night. A moon,

full and flat, and stars 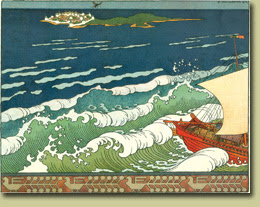 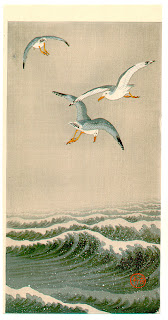 passing it is the sea


and not a train. This

and pockets and goes

it goes, it goes.

posted by lotusgreen at 6:38 PM 6 comments

on realities and illusions

let us be clear. this is what the real mikado looked like at the time of the mikado. emperor at 15, emperor meiji stressed the importance of wearing western clothing, as he is wearing here, in his 20s.

right around that same day, had you been seeing a new operetta back in new england, you might have gotten the idea that a mikado looked like this, where actually it is Frederick Federici.

through the following decades, you might have seen something near to this model; here ... 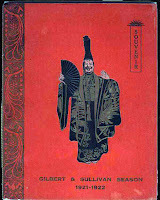 interesting, though, this was not a point of conflict.

perhaps moreso (though who cannot relate?) were his 'punishments to fit the crime": 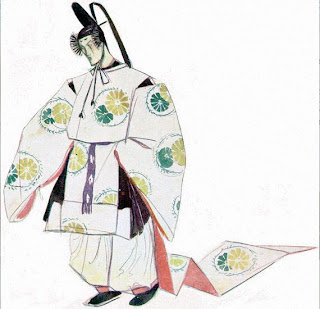 All prosy dull society sinners,
Who chatter and bleat and bore,
Are sent to hear sermons
From mystical Germans
Who preach from ten till four.
The amateur tenor, whose vocal villainies
All desire to shirk,
Shall, during off-hours,
Exhibit his powers
To Madame Tussaud's waxwork.
The lady who dyes a chemical yellow
Or stains her grey hair puce,
Or pinches her figure,
Is painted with vigour
And permanent walnut juice.
The idiot who, in railway carriages,
Scribbles on window-panes,
We only suffer
To ride on a buffer
In Parliamentary trains. 1 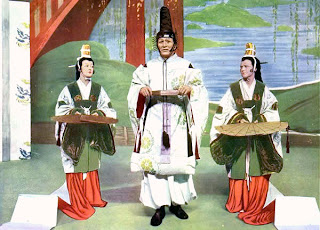 what caused a major uproar among trad- itionalists were the wonderful, new, 1926 designs charles ricketts devised for the d'oyly carte production.

The admitted refurbishing consisted of new scenery, new dresses, and new properties designed by Mr. Charles Ricketts, which in the mass made a highly effective scheme of colour. The Mikado dressed like that may or may not be more Japanese than the old setting; it is certainly less English. Again, the faithful may complain that it is less "Gilbertian," that Yum-Yum and her companions should remain pretty girls according to thoroughly Western notions, whatever their dresses may be, and that the Japaneseness should not be allowed to go further than the bric-à-brac of the mid-Victorian drawing-room. 2 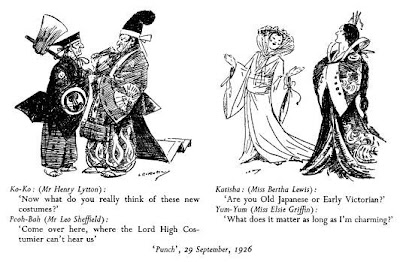 even punch lampooned the changes.

what more serious conflicts did occur, at the time, and over the years in response are covered very interestingly here.

posted by lotusgreen at 3:37 PM 2 comments

Some blues are sad
But some are glad,
Dark-sad or bright-glad
They're all blues
All shades, all hues, all blues

A game which life is playin'
Blues can be the livin' dues
We're all a-payin'
Yeah, Oh Lord

Some shade of blues is there;
Blue heaven's hue,
They're all blues!

And I know we're all blues
All shades,
All hues,
All blues 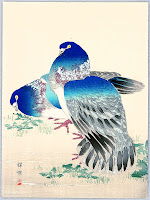 posted by lotusgreen at 2:50 PM 6 comments

japan as text in western advertising

to the extent that adver- tising creates needs, one way to accomplish that is to portray something you can never become: the other.

western adver- tising em- braced the image of a very foreign japan, despite the fact that japan had modernized by the time most of these ads came out.

from tea-drinking to travel, from perfume to floor furnaces -- picturing kimono, parasols, fans, or picture scrolls in your ad lent your graphic both an aura of exoticism and one that was très au courant.

many of the citi- zens of japan were seri- ously embracing western clothing, manners, fields of study and work, all to forgo being seen as a backward country, and to be treated equ- ally by the west. western clothing was required by law at many official functions. still, the west remained too "charmed" by this quaint people to let go of the images of the western fantasy of what japan was.

as today, we see many western women in the japanese ads, also the other, we wonder, again, about where the line falls between exploitation and admiration.

posted by lotusgreen at 8:10 PM 0 comments