The Rabbit leaps
The mouse outcreeps
The flag out-peeps
Beside the brook.

The ferret weeps
The marmot sleeps
The owlet keeps
In his snug nook.

The apples thaw
The ravens caw
The squirrels gnaw
The frozen fruit; 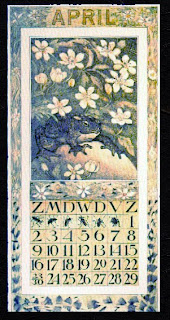 To their retreat
We track the feet
Of mice that eat
The apples root. 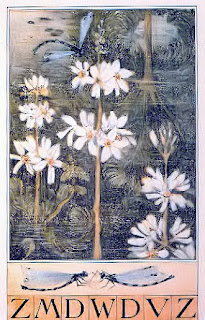 The willows droop
The alders stoop
The pheasants group
Beneath the snow.

The catkins green
Cast o'er the scene
A summer sheen
A genial glow. 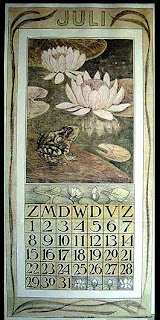 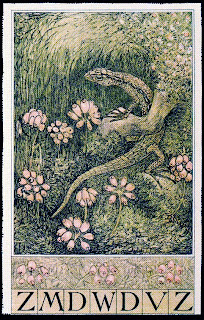 The traveller dreams
The tree-ice gleams
The blue jay screams
In angry mood. 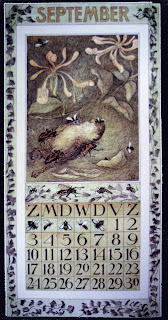 .我宿や鼠と仲のよい蛍
waga yado ya nezumi to naka no yoi hotaru

my dwelling--
mingling with the mice
pretty fireflies 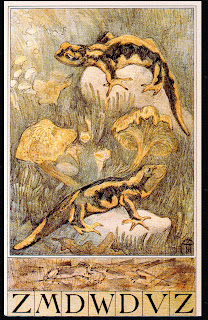 I had forgotten how the frogs must sound
After a year of silence, else I think
I should not so have ventured forth alone
At dusk upon this unfrequented road.

I am waylaid by Beauty. Who will walk
Between me and the crying of the frogs?
Oh, savage Beauty, suffer me to pass,
That am a timid woman, on her way
From one house to another! 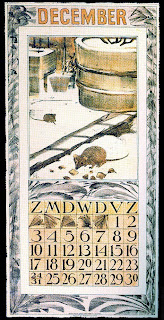 (only one living bird!)

haiku by issa, translation by David G. Lanoue from here

posted by lotusgreen at 4:52 PM 2 comments

blogger is doing this thing where it limits how many posts show up on a page. it's like about six posts. the big problem with this is with labels; if you click on calendars (in the sidebar), you only see six.
there are more than that just of the hoytema calendars!

so if you want to see more, i'm not sure what to tell you. they only begin in january of this year, so for the time being.... wait....
problem there is that if you click 'january 2010'
you will also get only six posts (approximately).

so i am extremely upset, and have written a bunch of posts on the blogger forum help pages. if you can think of a way to stop this, please let me know. feel free to let blogger know how you feel too.

one point: i use a 'classic template.' i do this because i want to keep my background, and because if i were to change, it would mean that i would have to go back and exit much of almost 900 posts, and gods know how many images. in other words, ain't gonna happen. but that is the only option they seem to be offering so far to get a 'older posts' added to the end of those six that you see.

posted by lotusgreen at 4:59 PM 0 comments

the end of time (the calendars)

imagine the republican response to part of
obama's recovery plans included not only the arts,
but also an eagle with the body of a palette. 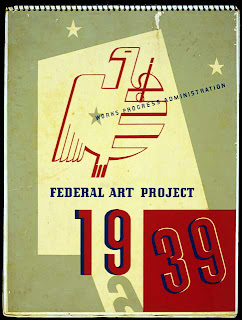 but this we had. it ended coincidentally, with this work. clearly an example of a travelled japonisme, we still see the simplified shapes, but the outlines have disappeared. 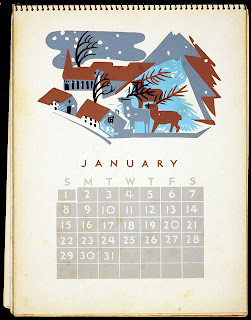 At its height in 1936, the Federal Arts Project employed 5,300 visual artists and related professionals [and included] several major endeavors: a murals project executed more than 2,500 murals in hospitals, schools and other public places; an easel painting division produced nearly 108,000 paintings; a sculpture division produced some 18,000 pieces; a graphic arts workshop; a photography project served mainly to document the Works Progress Administration; a scenic design division provided models of historic stage sets and architectural models for planning and educational use; a poster division; and a stained glass division centered in New York. 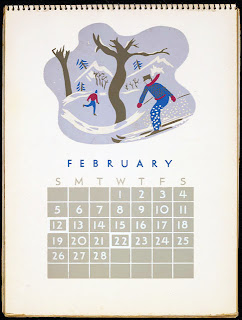 The Federal Art Project also compiled a 22,000-plate Index of American Design, dispatching artists to record a wide variety of American designs in furnishings and artifacts from the colonial period on. The Arts Service Division provided illustrations and the like to the WPA's writers, musicians and theaters. The Exhibitions Division organized public showings of all WPA artists and students. 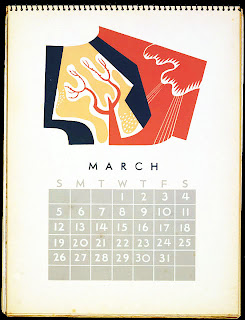 Hundreds of teachers were employed by the Art Teaching Division in settlement houses and community centers; in the New York City area alone, an estimated 50,000 children and adults participated in classes each week. The FAP also set up and staffed 100 arts centers in 22 states; these included galleries, classrooms and community workshops and served an estimated eight million people. These local centers also received some $825,000 in local support; some survive to this day. 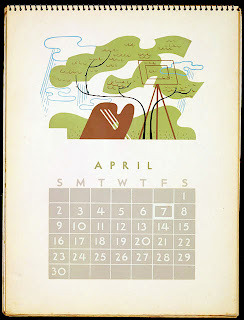 Many artists who have since become famous were part of FAP. Philip Guston, Moses Soyer, Jackson Pollock, Mark Rothko, Jacob Laurence, Ivan Albright, Marsden Hartley, Philip Evergood, Mark Tobey -- these were just a few of the painters for whom the FAP provided a living and the chance to find "a new orientation and a new hope and purpose based on a new sense of social responsibility." 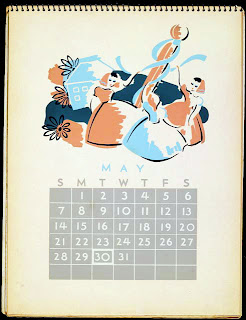 Interviews and photographs of former slaves were compiled by the WPA between 1936 and 1938. Factors led to radical writers finding both a voice and an audience in 1930s America, creating, among other things, the "Living Newspapers" associated with the Federal Theatre Project. Federal arts programs provided work for unemployed musicians, dancers, actors, painters, photographers, sculptors, and various other artists and educators as part of the New Deal. 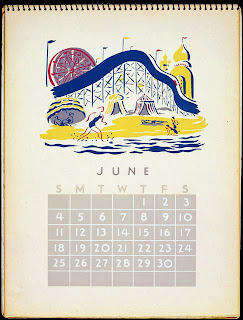 the wpa's projects explored race, gender, class, and the axis of politics and art. projects brought murals to post offices, it created the indian arts and crafts board in 1935 to preserve and promote native american culture, and theater projects dealt with issues of black and white experience from new perspectives. 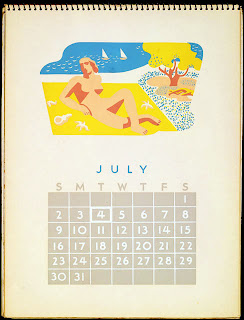 [eventually] The New Deal cultural programs were marred by censorship. When WPA chief Harry Hopkins announced the formation of the Federal Theatre at the National Theater Conference in 1935, he referred to a theme that would figure importantly in the development and demise of the FTP and other components of Federal One: 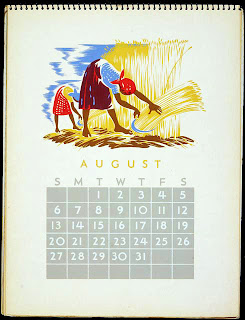 I am asked whether a theater subsidized by the government can be kept free of censorship, and I say, yes, it is going to be kept free from censorship. What we want is a free, adult, uncensored theater. 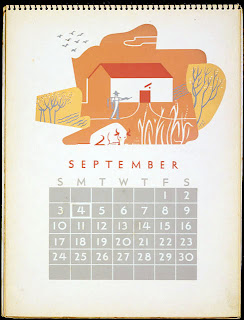 Despite Hopkins' pledge, the first act of censorship took place six months later. The first Living Newspaper, Ethiopia, portrayed Haile Selassie and Mussolini in the wake of the Italian invasion. When the New York FTP unit tried to get a recording of President Roosevelt's speech on Ethiopia to use in the production, the White House became alarmed at the content of the piece and banned the impersonation of any foreign ruler on the Federal Theatre stage. 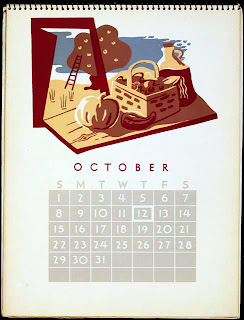 State and local WPA officials were the most frequent transgressors of Harry Hopkins' stated intention. When the New York City WPA director was looking to purge his program of radical artists, he spotted trouble in a four-panel mural at Brooklyn's Floyd Bennett Airport: he had three panels torn down and burned after he saw a figure who looked like Lenin and a plane with a red star that looked Soviet. The artist was fired, though he brought in his source photos to prove that the Lenin look-a-like was really an early parachutist and the plane a U.S. model. 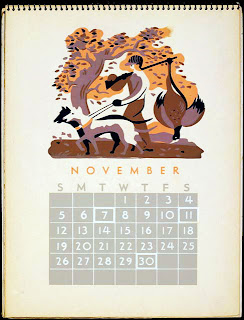 Illinois's WPA administrator shut down Paul Green's Hymn to the Rising Sun, the second production of the Chicago Negro Company, while the opening night crowd was milling around in the lobby. He sputtered that the play, was "of such a moral character that I can't even discuss it with a member of the press." The play dealt with the use of chain-gang labor in the South; its moral character didn't prevent it from opening later in New York, to rave reviews. 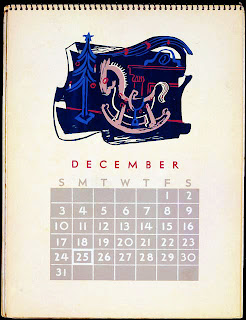 The chilling effect of continuing [investigative] hearings, headlines about "red artists," and the rumblings of World War II brought a reorganization of Federal One in June 1939, signalling its final decline. Finally, the War put an end to all federally-subsidized artwork save that related directly to the war effort. The WPA was formally ended by
a presidential proclamation in 1942. 1 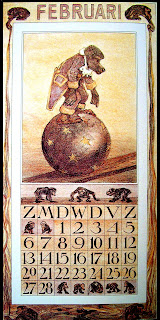 in my province
even trained monkeys
offer prayers! 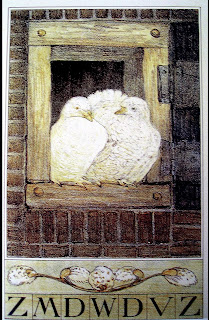 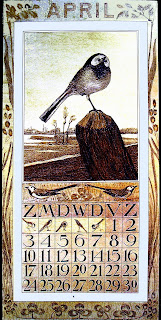 are you the harvest moon's
representative?
white rabbit

Instead of seeing, as some Westerners do, a man on the moon, Japanese people perceive the outline of a rabbit. Shinji Ogawa notes that gyomei dai or gomyô dai means a "representative" in this context. The rabbit is representing the moon on earth, Issa quips.

.湯の里とよび初る日やむら燕
yu no sato to yobi-somuru hi ya mura tsubame

today they're flying
in the bathhouse town...
swallow swarm

Mura in this haiku is not "village"; it refers to something that is bunched together with other things of the same class, i.e., in this case, a flock; Kogo dai jiten (Shogakukan 1983) 1602. 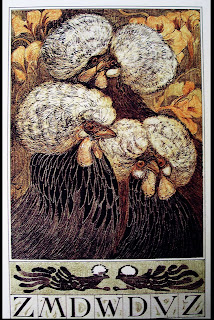 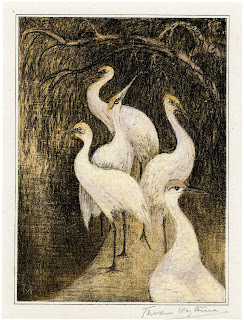 .此門の霞むたそくや隅田の鶴
kono kado no kasumu tasoku ya sumida no tsuru

at the gate
so many in the mist!
Sumida River cranes

winter wind--
he can't find his roost
the evening crow

Hiroshi Kobori comments on the word, kogarashi ("winter wind"). In early Japanese poetry, this refers to the wind that blows through trees, breaking branches and turning the leaves brown. By Issa's time it means "a dry windy day during the late autumn-deep winter season."
It is classified as a winter season word. 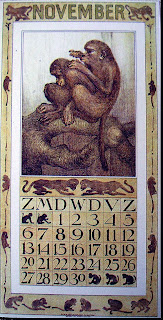 Literally, the monkeys are "the god's monkeys" (kami no saru), implying that the scene is taking place on a sacred mountain,
probably near a Shinto shrine. 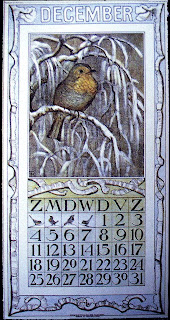 all haiku by issa, and translations, and commentary from here

posted by lotusgreen at 7:57 PM 4 comments