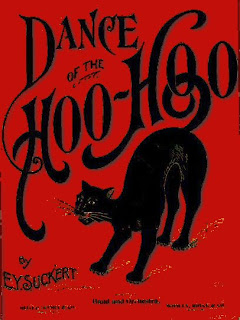 Mine, says the cat, putting out his paw of darkness.
My lover, my friend, my slave, my toy, says
the cat making on your chest his gesture
of drawing
milk from his mother’s forgotten breasts.

Let us walk in the woods, says the cat.
I’ll teach you to read the tabloid of scents,
to fade into shadow, wait like a trap, to hunt.
Now I lay this plump warm
........mouse on your mat. 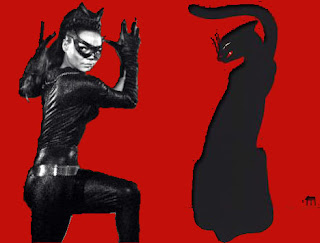 You feed me, I try to feed you, we are friends,
says the cat, although I am more equal than you.
Can you leap twenty times the height of your body?
Can you run.. up and down trees? Jump between roofs? 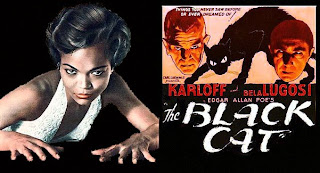 Let us rub our bodies together and talk of touch.
My emotions are pure as salt crystals and as hard.
My lusts glow like my eyes.
I sing to you in the mornings
walking round and round your bed and into your face. 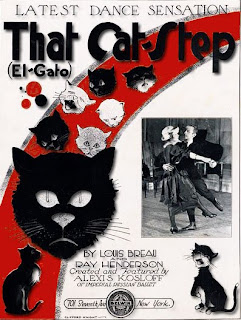 Come I will teach you to dance as naturally
as falling asleep and waking and stretching long, long.
I speak greed with my paws and fear with my whiskers.
Envy lashes my tail. Love speaks me entire, a word

of fur. I will teach you to be still as an egg
and to slip like the ghost of wind through the grass.

(this halloween, learn to dance) 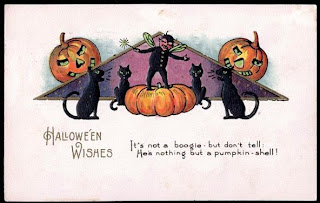 posted by lotusgreen at 8:49 PM 4 comments

posted by lotusgreen at 1:13 PM 0 comments 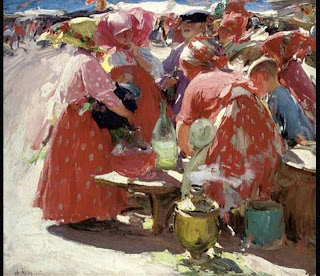 Slowly, crepuscularly slowly, it is being accepted that perhaps your gayness is something you've inherited; perhaps it isn't a choice after all, perhaps, in fact, you're not deviant, just different.

And it goes without saying that skin-color is not a choice, but don't a lot of people feel that "they" don't have to act "that way"? 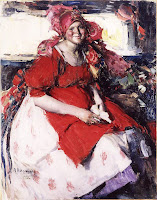 I have two primary doctors, my GP and my cardiologist; both are tall and thin, i'd describe him as lanky, her as sleek. He, the cardiologist, is white, be-speckled, she is long-haired and so pretty that you know being a model would have been an option. She is also black.
Neither are, as far as i know, gay.
It's clear both have made decisions about their lives-- perhaps difficult ones. That both are full-time physicians, full-time parents, spiritually involved, illustrates this. 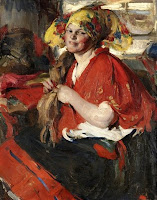 Though both may do some forms of physical-fitness regimen, that's not why they're tall and thin; they were born that way. Just like the black guy and the gay one: this is the way they are.
And so am I. Despite all evidence to the contrary, and it is all to the contrary, short and fat is a natural state of being, a way one is born; i asked my GP if she could be shaped like me even if she did choose to be and of course the answer was no. 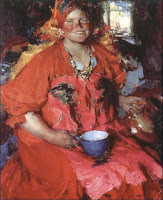 I also asked her, according to her experience, if i could choose to be like her (the thin part, not the tall and black, of course). If ability to change is borne out by statistics (as has been used as an argument in the nature of gayness), the answer has to be a loudly resounding , "No!"
Her experiences predict the same as that of the many published reports: only 5%, at most, of people who attempt to lose weight permanently are successful. My cardiologist reported a higher number, 20%, which he believed was due to greater motivation; still, in that case, four out of five patients failed. 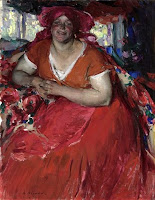 Being fat, then, is being a failure; when what you inescapably are is seen as changeable, like the belief that prayer can "heal" homosexuality, those who believe that assume you have failed (unless you are too lazy even to have tried).

Is it any wonder that it is so easy to fall into the trap where self-esteem's only source is the report from the scale? 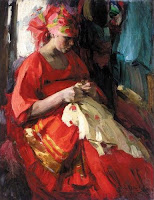 The assumption about fat people, by thin people and fat people alike, is that they should, and can, be thin. I suddenly realized this year that i had spent a fair part of every day for nearly 60 years thinking i should be "repairing" something about myself, that i was, intrinsically, in the wrong. At all times.

And quickly added to this: that the same was probably true for almost every other woman alive; tell me this isn't oppression? Tell me that anyone who assumes i am lazy, un-intelligent, un-motivated, boring, slovenly, or worthless, because i am fat, isn't oppressing me? I live in a society in which the assumption is ubiquitously that fat is sin, not characteristic. 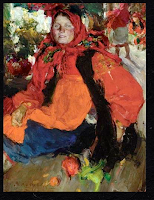 *I cringe when i hear Oprah berate herself for gaining back some weight; is it even possible, in this society, to define one's lifestyle not as 'letting herself go' but rather 'letting herself be"?

Does fat come with health consequences? Of course! Diabetes, heart disease, and more. But, and i know I'm not original in stating this, but the stress of living all the days of one's life seeing oneself, and being seen by others, as a sinner is not healthy either. I'm not debating that there is a relationship; I'm arguing that the relationship is inherited, not made. If someone is fat, start early with diabetes and cholesterol treatment. Don't ask your patient, your friend, your child, to do something they cannot do, and then judge them for not doing it.

You wouldn't do that if the subject were sexual preference. I know you well enough to know you would not. And if you did, it would say more about you than about your lesbian friend.
My tall, thin, beautiful doctor had never had anyone tell her that they had been beating their head against a wall for 60 years. That when you're online you don't reveal you're fat because that might just invalidate everything you say to just too many people. That people have told you they would love to be friends with you but they just didn't like fat people. That neighbors don't look at you when you meet in the street. And that these things had been happening for 60 years. And you've blamed yourself.

Tyra Banks dressed herself up in a fat-suit; she looked like she weighed over 300 pounds despite being as tall as she is. "The people that were staring and laughing in my face -- that shocked me the most," Banks said. "As soon as I entered the store -- when I went shopping -- I immediately heard snickers. Immediately! I just was appalled and hurt! There's no excuse for rudeness. There's no excuse for ugliness. And there's no excuse for nastiness and that's what I experienced,"

"It seemed like the last form of open discrimination that's okay, and I deci- ded to put on a 350-pound suit myself and live that life for a day and see what happens. And it was one of the most heartbreaking days of my life."

it is true that body shape and size, like race, sexual preference, mental illness, and more traits they're learning every day, are inherited, not chosen, and thus no more than these other traits should it be judged.

*she has since retracted those statements