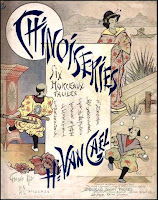 takamura kotaro lived through the precise time that this blog covers -- the arrival of westerners, the modernization of japan and the japanization of the west. though from japan, he studied in paris and other places, and was inspired by the art he saw there; in the west's reinterpretation of japanese style he was able to see new ways to write, and to sculpt. he is considered the earliest japanese poet to abandon himself to free verse, carrying home with him as a souvenir an ancient japanese poetry form that had evolved into something new.

he was uncomfortable with the swift westernization of his own country, and yet it's clear he also was as enriched by the swirling cross-cultural currents as was the west.

posted by lotusgreen at 5:40 PM 2 comments 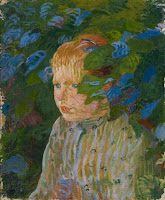 what of identity, then?
is it a fixed thing, or fluid?
self, no self, shifting self? 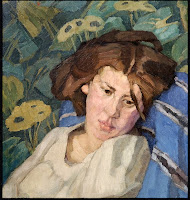 i dilute, like water-color
drop of paint assuaged by water.
but how do i know, then, it's me? 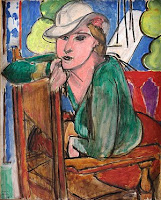 one simple thing: my mouse
goes out, and i am suddenly
without connection, without hands.

my every thought is dammed,
my constant curiosity is still
plugged in yet impotent. 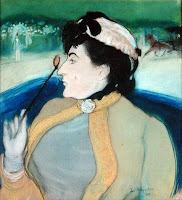 will i disappear? or
spend some time remembering
i will come back, i'm already there.

when connections are severed,
if you feel selfless you are
looking in the wrong direction. 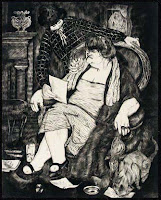 just being alive
I
and the poppy

posted by lotusgreen at 6:01 PM 2 comments