It was a miniature country once
To my imagination;
Home of the Short,
And also the academy of stunts
Where acrobats are taught
The famous secrets of the trade:
To cycle in the big parade
While spinning plates
upon their parasols,
Or somersaults that do not touch the ground,
Or tossing seven balls
In Most Celestial Order round and round.

A child's quick sense of the ingenious stamped
All their invention:
toys I used to get
At Christmastime,
or the peculiar, cramped
Look of their alphabet.
Fragile and easily destroyed,
Those little boats of celluloid
Driven by camphor around the bathroom sink,
And delicate the folded paper prize
Which, dropped into a drink
Of water, grew up right before your eyes.

Now when we reached them it was with a sense
Sharpened for treachery compounding in their brains
Like mating weasels;
our Intelligence
Said: The Black Dragon reigns
Secretly under yellow skin,
Deeper than dyes of atabrine
And deadlier. The War Department said:
Remember you are Americans; forsake
The wounded and the dead
At your own cost; remember Pearl and Wake.

And yet they bowed us in
with ceremony,
Told us what brands of Sake
were the best,
Explained their agriculture
in a phony
Dialect of the West,
Meant vaguely to be understood
As a shy sign of brotherhood
In the old human bondage to the facts
Of day-to-day existence. And like ants,
Signaling tiny pacts
With their antennae, they would wave their hands.

At last we came to see them not as glib
Walkers of tightropes, worshipers of carp,
Nor yet a species out of Adam's rib
Meant to preserve its warp
In Cain's own image. They had learned
That their tough eye-born goddess burned
Adoring fingers. They were very poor.
The holy mountain was not moved to speak.
Wind at the paper door
Offered them snow out of its hollow peak. 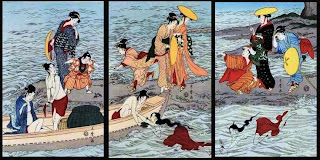 Human endeavor clumsily betrays
Humanity. Their excrement served in this;
For, planting rice in water, they would raise
Schistosomiasis
Japonica, that enters through
The pores into the avenue
And orbit of the blood, where it may foil
The heart and kill, or settle in the brain.
This fruit of their nightsoil
Thrives in the skull, where it is called insane.
Now the quaint early
image of Japan
That was so charming
to me as a child
Seems like a bright
design upon a fan,
Of water rushing wild
On rocks that can be folded up,
A river which the wrist can stop
With a neat flip, revealing merely sticks
And silk of what had been a fan before,
And like such winning tricks,
It shall be buried in excelsior.

(On leaving Germany, he spent some time in Japan, generating news copy to portray the occupying American forces in a favorable manner. “It was quite shameless, hypocritical work,” he said, “and therefore perfectly consistent with everything I had ever known about the Army.” ) 1

[with thanks to 'anonymous' who mentioned this poem]

posted by lotusgreen at 7:04 AM 4 comments

we have spoken earlier of the echoing, in the birth of japonisme, of nature's related forms. of course this recognition didn't start in the west: 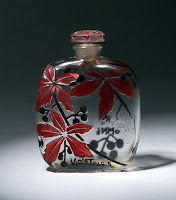 in around 1400, moritake arakida wrote:

The fallen blossom
flies back to its branch:
A butterfly. 1 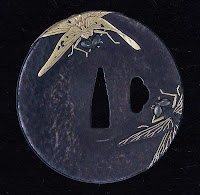 david lanoue writes: Issa sees a vast mountain (or mountains) miniaturized in the tiny bubble-eyes of the dragonfly.

Just as his English contemporary, William Blake, glimpsed a universe in a grain of sand, Issa perceives the great in the small: a mountain in the twin mirrors of an insect's mirror eyes.

The power of this image cannot be fully explained; with it, the poet coaxes the reader into a deep contemplation of the nature, and interconnectedness, of all things.

Is it a dragonfly or a maple leaf
That settles softly down upon the water? 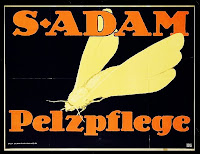 one western artist was known to take most deeply to heart the teachings of the japanese. his name was lucien gaillard. as was written about him during his lifetime, "Lucien Gaillard is ever on the look-out for that which is fresh and novel. As gold-worker and jeweller he has been fore- most among the most resolute supporters of the modern decorative art. 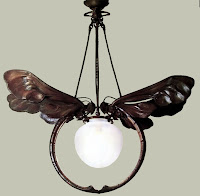 At first the jewels he produced were somewhat complicated and distorted, but now he has attained to greater wisdom and greater simplicity, this evolution being the result of serious and patient study of the Japanese masters.

He has been at great pains also to recover the secret of the marvellous oxidations on the bronzes of the Far East, and he has succeeded therein. He has lately shown some hair-pins and small-combs thoroughly characteristic of his present manner." 3 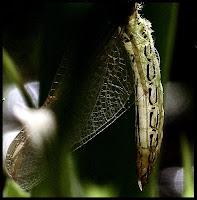 in her book on gems and jewelry, marilena mosco says, "Lucien Gaillard, who exhibited for the first time in 1902, was the most "Japanese" of the Parisian jewelers. 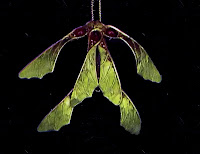 "Monsieur Lucien Gaillard has always been seduced by the art of the Japanese and is highly interested in the mystery of their work. One of his merits is the instantaneous legibility: clear, sharp and the pureness, of his designs. 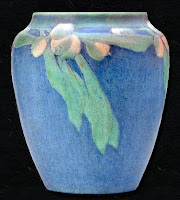 Copying faithfully the shapes and lines of Nature, synthesizing them but not falsifying them, he achieves in his creations a sober simplicity." 4