i have talked about fat before. but until january 1st, 2012, i had little in the way of stats. below are excerpts from the New York Times' fact-filled magazine piece, The Fat Trap. in the meantime, in my quest to find a decent physician, i had to interview a number of frogs. the one i have in mind is the one who responded to the question as to why he thought so few people kept weight off since losing it. with an expression saying, 'isn't it obvious?' he made it clear: for the same reason they got fat in the first place: they're lazy, and they're not quite honest. these doctors need to be educated. 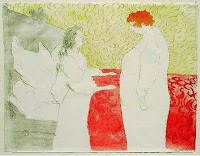 A full year after significant weight loss, these men and women remained in what could be described as a biologically altered state. Their still-plump bodies were acting as if they were starving and were working overtime to regain the pounds they lost. For instance, a gastric hormone called ghrelin, often dubbed the “hunger hormone,” was about 20 percent higher than at the start of the study.

Another hormone associated with suppressing hunger, peptide YY, was also abnormally low. Levels of leptin, a hormone that suppresses hunger and increases metabolism, also remained lower than expected. A cocktail of other hormones associated with hunger and metabolism all remained significantly changed compared to pre-dieting levels. It was almost as if weight loss had put their bodies into a unique metabolic state, a sort of post-dieting syndrome that set them apart from people who hadn’t tried to lose weight in the first place.

Researchers know that obesity tends to run in families, and recent science suggests that even the desire to eat higher-calorie foods may be influenced by heredity.

That experimental binge should have translated into a weight gain of roughly 24 pounds (based on 3,500 calories to a pound). But some gained less than 10 pounds, while others gained as much as 29 pounds.

The research shows that the changes that occur after weight loss translate to a huge caloric disadvantage of about 250 to 400 calories. For instance, one woman who entered the Columbia studies at 230 pounds was eating about 3,000 calories to maintain that weight. Once she dropped to 190 pounds, losing 17 percent of her body weight, metabolic studies determined that she needed about 2,300 daily calories to maintain the new lower weight. That may sound like plenty, but the typical 30-year-old 190-pound woman can consume about 2,600 calories to maintain her weight — 300 more calories than the woman who dieted to get there. 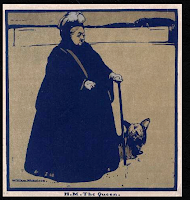 Scientists are still learning why a weight-reduced body behaves so differently from a similar-size body that has not dieted. Muscle biopsies taken before, during and after weight loss show that once a person drops weight, their muscle fibers undergo a transformation, making them more like highly efficient “slow twitch” muscle fibers. A result is that after losing weight, your muscles burn 20 to 25 percent fewer calories during everyday activity and moderate aerobic exercise than those of a person who is naturally at the same weight. That means a dieter who thinks she is burning 200 calories during a brisk half-hour walk is probably using closer to 150 to 160 calories. 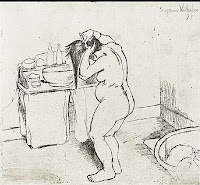 How long this state lasts isn’t known, but preliminary research at Columbia suggests that for as many as six years after weight loss, the body continues to defend the old, higher weight by burning off far fewer calories than would be expected. The problem could persist indefinitely.