the best novel beginning ever 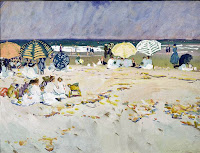 It seems increasingly likely that I really will undertake the expe- dition that has been preoccupying my imagination now for some days. An expedition, I should say, which I will undertake alone, in the comfort of Mr. Farraday’s Ford; an expedition which, as I foresee it, will take me through much of the ﬁnest countryside of England to the West Country, and may keep me away from Darlington Hall for as much as five or six days.

The idea of such a journey came about, I should point out, from a most kind suggestion put to me by Mr. Farraday himself one after- noon almost a fortnight ago, when I had been dusting the portraits in the library. In fact, as I recall, I was up on the step- ladder dusting the portrait of Viscount Wetherby when my employer had entered carrying a few volumes which he presumably wished returned to the shelves.

On seeing my person, he took the opportunity to inform me that he had just that moment finalized plans to return to the United States for a period of ﬁve weeks between August and September. Having made this announcement, my employer put his volumes down on a table, seated himself on the chaise-longue, and stretched out his legs. It was then, gazing up at me, that he said:‘You realize, Stevens, I don't expect you to be locked up here in this house all the time I'm away. Why don't you take the car and drive off somewhere for a few days? You look like you could make good use of a break.’

Coming out of the blue as it did, I did not quite know how to reply to such a suggestion. I recall thanking him for his conside- ration, but quite probably I said nothing very deﬁnite, for my employer went on: ‘I'm serious, Stevens. I really think you should take a break. I'll foot the bill for the gas. You fellows, you're always locked up in these big houses helping out, how do you ever get to see around this beautiful
country of yours?’

This was not the ﬁrst time my employer had raised such a question; indeed, it seems to be something which genuinely troubles him. On this occasion, in fact, a reply of sorts did occur to me as I stood up there on the ladder; a reply to the effect that those of our profession, although we did not see a great deal of the country in the sense of touring the countryside and visiting picturesque sites, did actually ‘see’ more of England than most, placed as we were in houses where the greatest ladies and gentlemen of the land gathered.

Of course, I could not have expressed this view to Mr. Farraday without embarking upon what might have seemed a presumptuous speech. l thus contented myself by saying simply ‘It has been my privilege to see the best of England over the years, sir, within these very walls.’ 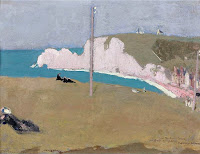 Mr. Farraday did not seem to understand this statement, for he merely went on: ‘I mean it, Stevens. It's wrong that a man can't get to see around his own country. Take my advice. get out of the house for a few days.’ 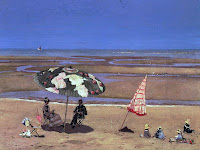 As you might expect, I did not take Mr. Farraday‘s suggestion at all seriously that afternoon, regarding it as just another instance of an American gentleman's unfamiliarity with what was and what was not commonly done in England. 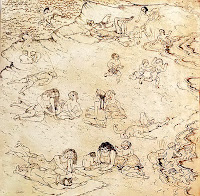 The fact that my attitude to this same suggestion underwent a change over the following days — indeed, that the notion of a trip to the West Country took an ever-
increasing hold on my thoughts — is no doubt substantially attri- butable to — and why should l hide it? — the arrival of Miss Kenton's letter, her ﬁrst in almost seven years if one discounts the Christmas cards.

from The Remains of the Day

posted by lotusgreen at 5:28 PM 9 comments